Lookin' down the barrel of a cracker 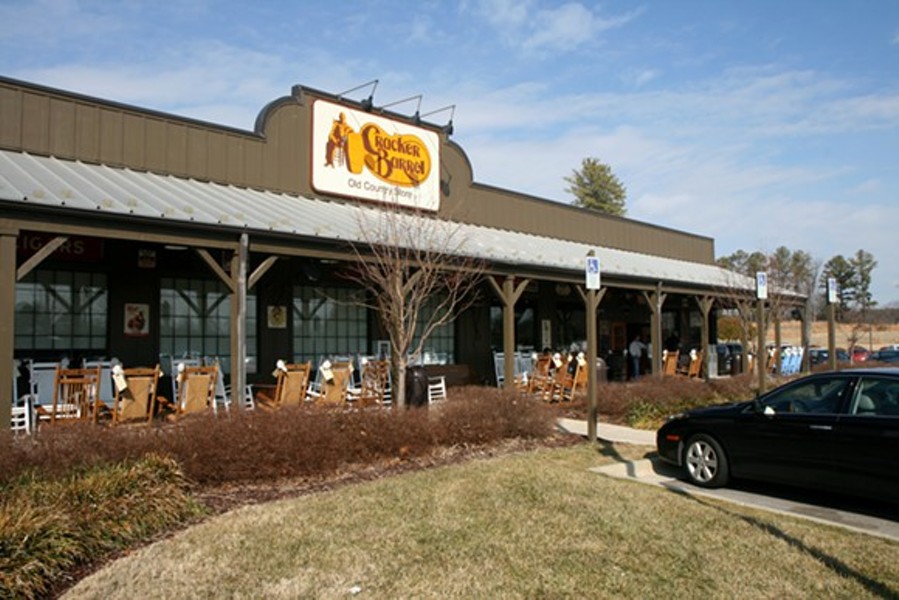 This story is in reference to this article from Nov. 3.

"The only thing that stops a random guy at Cracker Barrel is a clumsy guy who, after improperly securing his firearm to his person, drops it and discharges a round into said random guy's leg," said an NRA spokesperson ("A gun fell out of a man's holster and shot a guy at a Sanford Cracker Barrel," Nov. 3).

He said this to me at a Cracker Barrel. He was standing over my table, sort of blocking me from leaving. I had been eating chicken fried steak. I tried to ignore him, but he was speaking pretty loudly. People were staring a little bit. I was trying to keep my eyes focused on my plate. I had corn and mashed potatoes as sides. I had really been looking forward to this meal.

He said, a little too loudly, that guns don't shoot random Cracker Barrel patrons, people do. Very, very irresponsible people who are not currently in control of their firearms. People who probably suffer from mental illness. It was probable, he said. It was virtually guaranteed, he said.

He then brought out a photocopied graph demonstrating how increased public firearm-related incidents could not possibly be related to increased firearm carry. He tried to hand it to me, but when I didn't accept it, he set it down on the empty placemat across from me. The corner of the paper absorbed some water from a little puddle of condensation on the table.

He continued that, anyway, if the gun did do it, say, maybe if some guns are alive and have rich interior lives – like in the screenplay he has sent to Pixar at least 15 times but has not heard a response about – if that happened, the guy who got shot probably deserved it. They're looking into it, he told me, but they're really siding with the gun here so far, you know, with the evidence they've found.

Blushing, he sort of yelled, "More guns are definitely, definitely good. And also there should be more of them in more places. Like Bob Evans and Waffle House."

He then dropped $300 on my table and scurried over to the black SUV with black tinted windows that was parked out front. I could see it through the curtains hanging over my table. The SUV zipped away as soon as his door closed.

I was left with many questions, but I suppose I already know the answers to most of them, if I'm honest. And if I'm honest, I want to be honest all the time these days.