A week at Will's Pub 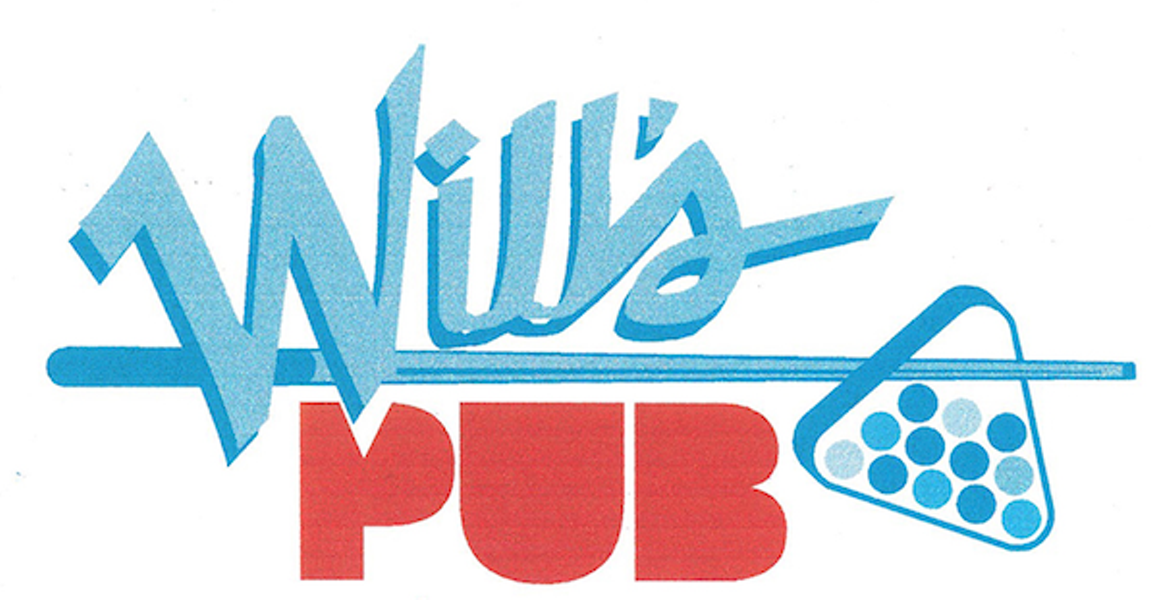 People don't always have it easy. Sometimes you leave home before you're ready. Sometimes you can't reach your goals. Sometimes you see no future. While it may be more constructive to start jogging or something when this is your mental state, sometimes the right kind of place can substitute these strangling inadequacies for loose-fitting diversions. It's where you go to let down your guard and disregard the future for now.

When Will's Pub opened in 1995, they had a snarky mantra: Screw downtown! Owner Will Walker wanted to have a place where everyone felt welcome. What he created was a dive bar that brewed a tight-knit music community, which then attracted the type of people who can get down in a scene like that. With a mutually beneficial support system in place (bands had a place to play and the bar had a constant clientele), the bar thrived through this mostly uninhibited camaraderie disrupted only by the occasional knucklehead who probably overindulged (in, um, the bad way).

The "history of Will's Pub" is as blurry as the memories of those who treasure it (see our gallery of Will's memorabilia here). It's been 20 years since it opened, and it's now in its second location, which officially reopened the bar-venue in November 2008. Any regular worth her weight in draught craft beer will insist the original location (closed in August 2006) was better. Maybe it was. Since we can't go back in time for a side-by-side comparison, we thought we'd help best by recording what Will's Pub is like right now.

Stumble along with us through a week at Will's Pub and drop by this weekend to commemorate the dive's big anniversary. Because sticking around for 20 years isn't easy. Sometimes you get kicked out of your home; your goal to reopen feels impossible and contemplating the future sucks. Right now? Like any time, it's the best of times and the worrrrst of times:

6:50 p.m. I am the only customer in the bar. I choose to sit outside because the bartender is bored and talkative. The building blocks the sun setting over Lake Highland.

9:17 p.m. Dude in band: "This will be better, cuz this time we actually remember the songs."

11:33 p.m. Couples dance, crowd the stage and loudly clap in a surreal swirl while Control This! plays "Ring of Fire" mariachi style. Ohhhh, I get it. Everyone is drunk.

8:27 p.m. A girl shyly asks, "What's in ... there?" while pointing curiously at the dark brown vat of Rusty Balls. Her nose shrinks on learning what it's called. She asks for the "House Specialty." The bartender tells me he makes her a lemon drop as a drink. "It's really good," she says, nodding serenely over her straw.

9:14 p.m. Walker texts the bartender to ask if it's a hardcore show. The bartender asks the guy picking up his band beer, who says, "Oh no. It's gonna be John Mayer wannabes all night."

9:42 p.m. A flash from the photo booth momentarily brightens the room.

10:17 p.m. This white guy with dreads asks to sniff the Rusty Balls and the bartender twists off the top to comply. The customer says, "Ooo-eee!" like a prize sow. I can't do this anymore.

6 p.m. Walker is here, and he is drunk. He sidles up on friends, whom he alternately kisses on the head or hard-pinches. I leave the bar to cover another concert.

10:53 p.m. Three people liberally take over the dance floor during Soul Shakedown in front of a wall of old Soul Train videos. They have moves.

9:12 p.m. A couple is playing pool and the guy's eyes look dead. Sorry life is so contrived, dude!

9:22 p.m. I'm in the back "secret" bathroom with the kicked kegs and the shittiest scrawlings on the wall. I hate the Shakespeare graffiti the very most. (If you need to be told what to Google, maybe find a cliff.)

9:46 p.m. It is so fucking hot. People, please stop touching each other? The pool guy tells his girlfriend he is sorry.

10:10 p.m. Someone starts singing "Happy Birthday" and the whole crowd weirdly joins in. The birthday girl is crying.

10:15 p.m. Eugene Snowden enters and plants a big kiss on my cheek and asks me to visit him next door at Ten Pints of Truth. He has come over to watch the Velvet Teen. "People forget," he says, "but really, I'm more just a big music fan."

11:38 p.m. I go next door, where he stops his band to correct the groove. I don't think people could forget.

7:14 p.m. There is one other person in the bar. He shouts, "Are ya drinking and reading?" I laugh politely. The line on the page reads, "I'm having a little difficulty telling the difference between the whiskey and my fear." The bartender hums along to Black Sabbath's "War Pigs," then cuts to whistling.

8:48 p.m. PEOPLE ARE YELLING. I leave to cover another concert.

12:20 a.m. Back. A couple on the patio debates whether the poison gas in Dolla Short's mural is coming from his belly button or his ass.

1:42 a.m. The conversation turns to drugs, regrets and people we miss.

2:16 a.m. The two (arguably) most attractive people in the bar end up making out in the alley between Will's and Indies. A dog pulls on a leash tied to the girl's wrist. Time to go home.

9:22 p.m. This amazing man with a skull backpatch and Bret Michaels hair is headbanging at the end of the bar.

9:30 p.m. The silence when heavy music stops is almost more crushing than all that impressive racket?

9:17 p.m. This guy orders three beers and says, "And Travis is buying them." The bartender says, "Does Travis have a last name?" The guy yells, "Hey Travis! What's your last name!"

11:45 p.m. This new Orlando band Field Kit is playing their first show. A friend says to me, "They're fucking good." I smile like he's Princess Leia and say, "I know."