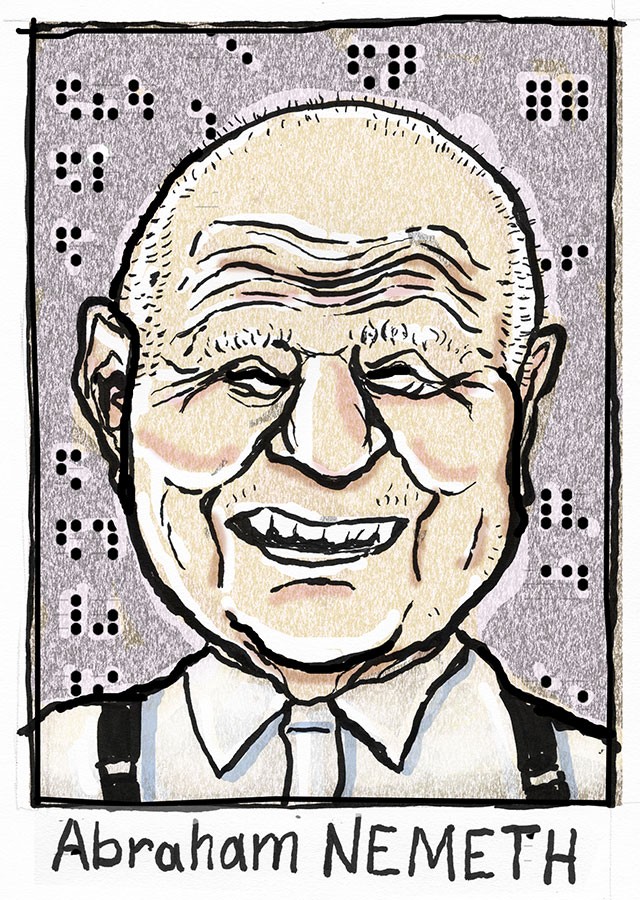 Typically, noted contributors to the progress of science are those who make some notable discovery. But Abraham Nemeth’s breakthrough was different: He allowed many who wouldn’t have pursued science to do so more easily.

Almost blind since his birth on the Lower East Side of Manhattan, this son of Polish Jewish immigrants was a bright boy who quickly learned Braille, the coded language consisting of groups of six dots raised on paper. He learned to play piano to Braille sheet music at a young age, and developed a remarkable memory for songs, jokes and stories.

His studies, however, did not satisfy the young scholar. At college, Nemeth was discouraged from studying science until, with the encouragement of his wife, he began studying mathematics in earnest at Brooklyn College. The ambitious student soon found Braille was ill-suited when it came to math.

Correctly identifying this shortcoming as the reason people believed the visually impaired couldn’t do math, Nemeth set about devising his own Braille code for mathematics. By the late 1940s, after supporting himself by working at a foundation for the blind and playing piano in Brooklyn bars, Nemeth had devised his system of mathematical code for the blind. In the 1950s, it would be accepted by Braille authorities, and subsequently updated and finessed as the “Nemeth Braille.”

In 1955, Nemeth joined the faculty of the University of Detroit, and later received a doctorate in mathematics from Wayne State University in Detroit. He also studied computer science and started Wayne State’s program in the new discipline, even developing MathSpeak, a way to communicate mathematics orally.

Nemeth was a fundamentally decent person who struggled to ensure that nobody would face the hurdles he had. Speaking to the New York Times after his death, Illinois State University’s Dr. Cary Supalo, a blind professor passionate about making science and science laboratories accessible to the blind, said, “If I had to do what Dr. Nemeth did, to basically invent his own Braille system for doing mathematics, I probably wouldn’t have pursued a science career.”