For what seems like forever now, as the cold weather really sets in across (most of) America, we make our holiday shopping lists and check our budgets twice. It’s tradition and, having been insidiously (and gradually) married to many of our deepest emotional connections to the season, it seems on its face like a considerate, loving, even noble act. And perhaps, in the best of cases, there’s a little of those things there as we max out our credit cards and swap time with loved ones for an assortment of unnecessary stuff to give them. But mostly, we just buy as a kind of senseless habit, or an attempt to fill a void, or a conditioning that tells us that money has to move for something to matter.

This is the underlying line of thinking behind Buy Nothing Day, a kind of activist holiday whose participants, pockets of woke folks in more than 60 countries around the world, commit to (you guessed it) buying absolutely nothing for 24 hours. Begun in Canada in 1992, and popularized by the pro-environment, anti-consumerism, anti-corporate magazine Adbusters (with more than 60,000 worldwide print subscribers and over 115,000 Facebook followers), Buy Nothing Day coincides with Black Friday in the U.S. and Canada. Thus, it functions as a kind of cognitive dissonance on the biggest shopping day of the year.

The anti-consumerism day of observance, which is meant to be honored with the defiant jubilance that attends the desire to return to authentic human fulfillment, has experienced waxing and waning popularity over the course of its history. 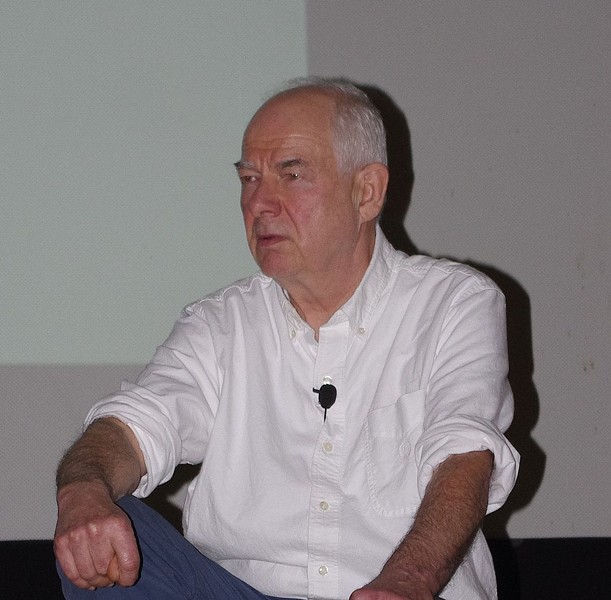 This year, however, Kalle Lasn – former documentary filmmaker for the Documentary Film Board of Canada and PBS, co-founder of Adbusters magazine and Adbusters Media Foundation, author, and one of the minds behind the Occupy Wall Street movement – feels Buy Nothing Day is ready for a boom, because people are hungry for alternatives. He even thinks we should try to go one step further now: a Buy Nothing Christmas.

The 75-year-old Lasn, who was kind enough to speak with us from his home in Vancouver, isn’t fucking around with this.

“We have this idea that somehow we the people can take back our own holidays and turn it back into a much more spiritual season where instead of buying useless junk for each other we hike with each other, we kiss each other, we have fun and do things with people we care about, and we very consciously realize that the solution to our problems is us,” Lasn says.

Lasn, who says beautiful but vague things like “we need to fight to put this human experiment of ours back on track,” thinks that the “growing awareness of global environmental crisis” can help inspire people to take decisive action.

“If we can take Christmas back from these fuckers that have stolen it from us, then I think we can start to get somewhere,” Lasn says. tweet this

“After a while, Buy Nothing Day felt like it might not be enough, because people would do it and then later still go out and buy a lot of stuff,” Lasn laments. “But,” he quickly adds, “if it’s for the whole holiday season, then it is a more profound thing.”

Lasn may be a tad optimistic for some, a tad radical for others, but he’s under no illusion that everyone will warm to this idea or that these campaigns, from the bygone Occupy movements to Buy Nothing Day and Buy Nothing Christmas, provide some sort of fix-all.

The holidays are a time when, in Lasn’s estimation, “Everybody is striving to be better and to recapture some sort of spiritual magic or special connections to people.”

As such, he says, “We can’t allow the commercial forces and corporations to continue to hijack Christmas from us and turn it into this ugly consumer fest.”

“If we can take Christmas back from these fuckers that have stolen it from us, then I think we can start to get somewhere,” Lasn says, coining a catchphrase that I nominate for next year’s Starbucks holiday cup.

“If we can do this, then we can start to strike out at other consumer fests throughout the year and then we the people can start to feel more in control again of our own destiny again, which really is the larger picture,” he explained.

First, Lasn argues, “It has to arrive as a sort of epiphany that one of the roots of our ecological, psychological, and even military and terrorism problems is actually over-consumption.” And, it’s movements like Buy Nothing Day, Buy Nothing Christmas, and even Occupy that can, according to Lasn, generate these epiphanies.

Discussing Occupy Wall Street in this context, Lasn noted that “people like to complain that nothing really happened” as a result of those demonstrations.

“But I don’t agree with that interpretation,” he said, “I think that it helped politicize millions of young people around the world; they slept in parks, they pioneered some new ways of talking to each other about their values, and these people are ready for the next round. And as this human experiment slowly descends deeper into the quagmire, those people will have yet more moments in the sun.”

“For real revolutionaries, Occupy Wall Street and things like Buy Nothing Day are seen as steps along the way rather than magic solutions to all our problems,” Lasn said.

“The question is this: What is next for the growing number of people around the world who feel that the future does not compute?”