GUTTERMOUTH Possibly the world's most eclectically offensive band not named Anal Cunt, this California-based band has mocked manifold nationalities and singled out scores of other musicians for ridicule. Its live shows are incendiary – singer Mark Adkins baits straight-edge fans to the brink of riots and enraged the 2004 Warped Tour lineup with his ostentatious, contrarian support for George Bush. Some of the group's songs are clearly satirical, while others seem to be alarmingly honest arguments for indefensible positions. Still, regardless of personal politics, it's refreshing to see an act challenge the genre's conventional wisdom. And it's entertaining to see a frontman dispense improvised insults instead of sticking with canned banter. Adkins heckles young fans for wearing Green Day shirts or sporting eyeliner; the targeted teens chuck bottles at the stage. When Guttermouth plays, punk returns to its dangerous days. Their most recent record, Eat Your Face, consists of ideas they executed better earlier in their career, but the group's concerts never sacrifice classics for shoddy contemporary material, so this set list promises to compile the most jarringly impolitic rants of Guttermouth's 15-year career. (with ASG, Valient Thorr; 9 p.m. at The Social; $12; 407-246-1419) 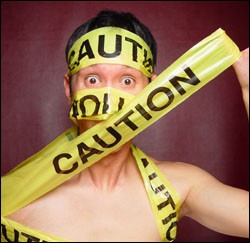 COUCH POTATO THEATER What does the OOPS Guys' Couch Potato Theater have that your own living room doesn't? Well, the flippant answer is "furniture": For this conceptually cozy reprise of three of their most (in)famous stage comedies, OOPSters Dennis Giacino and Fiely A. Matias are hauling in a battery of sofas and recliners and inviting their audience to get comfortable as they perform the smutty sitcom The Naked Guy, the twisted game show Do I Make You Horny? and the variety-show spoof Lounge-zilla (which astute TV Land addict Giacino likens to the obscure, endearingly wretched Brady Bunch Variety Hour). Premiered in Seattle but never before tried out on Orlando crowds, Couch Potato Theater features an on-site microwave for popcorn preparation, and certain lucky attendees will win authentic TV dinners that the guys will even heat up free of charge. Just get there early, or you may have to sit in the butt-ugly "Barfalounger," the promised low point of a design environment that enjoys its own set of boob-tube precedents: "It's absolutely Trading Spaces meets Queer Eye for the Straight Guy," Giacino says. Somebody hand him a Salisbury steak before he references again. (performances 8 p.m. and 9:30 p.m. Thursdays, Fridays and Saturdays at Studio Theatre; through Feb. 18; Horny and Lounge-zilla $10, The Naked Guy $15; 407-827-0691; www.couchpotatotheater.com) 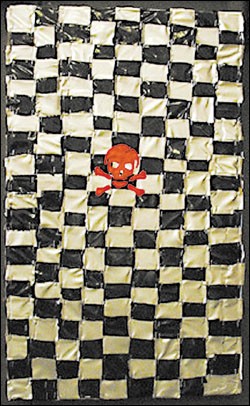 SK8ART The sport, the art and the music that whirl within the skateboarding mindset roll together for this two-party event. From 3 p.m. to 5 p.m., the Galactic G skate shop hosts a board signing with veteran West Coast professional skaters Ray Barbie (one of the sport's first African-American champions, he honed his chops in the 1980s) and Steve Olson (San Diego surf rat turned hardcore punk skater during the '70s Dogtown heydays, though he wasn't a Z-boy). The party comes later at The Social, with music by The Worst and the Delusionaires, as well as turntablists DJ Sunny and DJ Gomez. One for-sure highlight will be the set with Anthony Cole and Ray Barbie. Oh yeah, and there will be art galore for sale, created by Steve Olson and other skateboard-influenced artists from New York, California and Florida. (board signing 3 p.m.-5 p.m. at Galactic G skate shop; free; 407-895-0410; party 8 p.m. at The Social; $12; 407-246-1419)

UNITY HERITAGE FESTIVAL West Winter Park's annual celebration of Martin Luther King Jr. and African-American culture in general is going strong this year. Three days of activities are planned, starting Saturday with a silent auction (6 p.m.-10 p.m. at the Winter Park Farmers Market; $10) with guest Robert Lewis (one of the original Florida Highwaymen artists) and music by Tony Winn & Groove Factor. Sunday brings "Family Gospel Day" (1 p.m.-5:30 p.m. at Shady Park, Winter Park; free), with kiddie activities, music, games, art and workshops. The Monday finale is the full-on festival, with food – finger-licking, Southern-style home cooking – and festivities that include a dedication of the Heritage Collection. This collection of photographs documents people and places from the past in west Winter Park, a community that's being increasingly encroached upon as business development wipes out the proud family history. (9 a.m.-5:30 p.m. at Shady Park, Winter Park; free; 407-599-3470 or 407-623-3275)

AFTER THE PROM: LADIES OF EOLA HEIGHTS PART 2 We'll treat it as something of an in-joke that the run of playwright Michael Wanzie's latest drag-u-drama has been announced as encompassing a measly six Saturdays: That's about what was expected of the original Ladies of Eola Heights, which instead ended up sticking around for a jaw-dropping nine months and becoming a true cultural phenomenon (not to mention a running gag in this publication thanks to its many 11th-hour extensions). We're not saying you should put off buying tickets to this publicly mandated sequel – heaven forbid – just that we wouldn't be all that surprised if it enjoyed similar longevity. Not only are Tommy Wooten, Miss Sammy and Wanzie & Doug resuming their roles as the hysterical (in all senses of the term) Locksdale family, but the new show represents the dramatic debut of Darcel Stevens, renowned in her own right as hostess of the Parliament House's popular drag shows. With a video recap of Ladies included to bring the newbies up to speed, there's no reason Prom can't prove as durable as Cirque du Soleil. Bring on the high-priced commemorative programs! (7 p.m. at Footlight Theater, the Parliament House; through March 18; $15; 407-540-0317)

THE AFRICAN CHILDREN'S CHOIR Here's a chance to see 22 ambassadors from Africa – children between the ages of 7 and 11 – who were specially chosen from among the neediest areas of their country (Uganda), to perform in this traveling choir. They were chosen because they are orphans, having lost one or both parents because of poverty or AIDS. Their mission is education, to give faces to the stories and images we hear in the media. The money they raise at their benefit concerts also goes toward educating themselves and their peers back home. If you can't be there in person, there are four CDs by the African Children's Choir available at record outlets that also raise money for the cause. (7 p.m. at Community Presbyterian Church, Celebration; 407-566-1633; also 7 p.m. Wednesday, Jan. 18, at Greater St. Paul Baptist Church, Cocoa; 321-636-7178; donations; www.africanchildrenschoir.com)

BETWEEN HEAVEN AND EARTH: THE SCULPTURE OF ISAMU NOGUCHI This exhibit is intended to reflect the duality that Japanese-American sculptor/designer/ architect Noguchi embodied throughout the 20th century. The 20 showcased pieces (on loan from New York's Noguchi Museum) are divided into the competing categories of "grounded" stone work and highly designed sculptures that display "a sense of lightness and ascension," as UCF Art Gallery Director Theo Lotz puts it. But the idea of being caught between two worlds isn't restricted to Noguchi's blending of Asian sensibility (represented by some paper lamps) and the Western modernism with which he's associated. He was both a fine artist and an industrial designer who was best known for his furniture designs – like a Herman Miller coffee table visitors will see as they enter the gallery's foyer. (9 a.m.-4 p.m. Monday through Friday, 1 p.m.-5 p.m. Saturday at UCF Art Gallery, University of Central Florida; through March 5; Noguchi-related films 2 p.m. every Saturday; lecture by Noguchi Museum curator Bonnie Rychlak 11 a.m. Feb. 14; 407-823-3161; free)