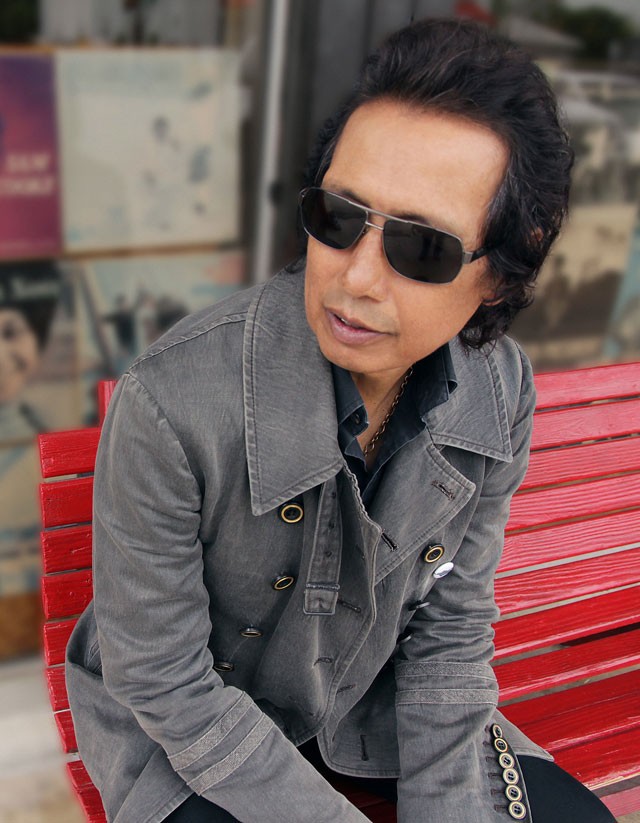 Alejandro Escovedo has been making music for 37 years – long enough to have seen just about every side of this business. He's never enjoyed great chart success, but if he could turn plaudits into gold, he'd make the Forbes 500 – and he wouldn't have it any other way.

Critically adored guitarist Richard Thompson once declared the secret to his well-written body of work was his continued commercial failure. Escovedo concurs. "I'm still hungry. I still want to write and I feel there's so much left to do as far as crafting songs, recording songs and making albums. I'm not nearly done. I would think that it would be a lot easier for someone who hasn't tasted that great success, and you know that's a pressure I'm glad I don't have."

Escovedo is supporting Big Station, his third straight album co-written with solo artist Chuck Prophet, and fourth since his near-fatal bout with Hepatitis C. He had to be rushed to an emergency room after collapsing at a 2002 performance of his immigrant-centered album/drama, By The Hand of the Father. He'd spend two years recovering before returning with his eclectic sickness opus, The Boxing Mirror. This second chance sparked renewed vigor in him.

"I've gotten way more than second chances. I've been so lucky. But yeah, it did give me another opportunity," he says. "Once I got healthy it's just been work, work, work, work. It does give you that sense that the clock is ticking, and you want to get as much done as possible."

Before his illness, Escovedo had recently released several solo albums of very well-received, NPR-style singer/songwriter adult pop. When he recovered, that went on the shelf while he and Prophet revisited their youthful punk-rock spirit. Their friendship began in San Francisco during the early '80s when they were in True Believers and Green on Red, respectively. The music mines that old vitality. On 2008's Real Animal and 2010's Street Songs of Love, Escovedo and Prophet offer rugged rock with connections to the rockabilly and roots music they also love.

While Big Station retains the smart, wiry blend of pop, roots and rock, the tone isn't as introspective. There are more story songs like the grim Mexican drug-war paean, "Sally Was A Cop," and the Springsteen-ish ode to those just getting by, "San Antonio Rain."

"We definitely wanted to write with an outward vision," says Escovedo. "There is some really good stuff that didn't make the record, but a lot of it had to do with just the state of the world right now."

Though he came from a musical family – his brothers Pete and Coke played in Santana's band, his father sang in Bay Area Latin bands – Escovedo only discovered guitar at 24, and wrote his first song at 30. Now 61, it's central to his life and his appreciation of it.

"You can feel just like shit. You've been traveling and you're tired and you just don't feel good," he says. "But as soon as you get up on stage, turn the amp on and plug in it becomes a totally different world, and it just feels better."