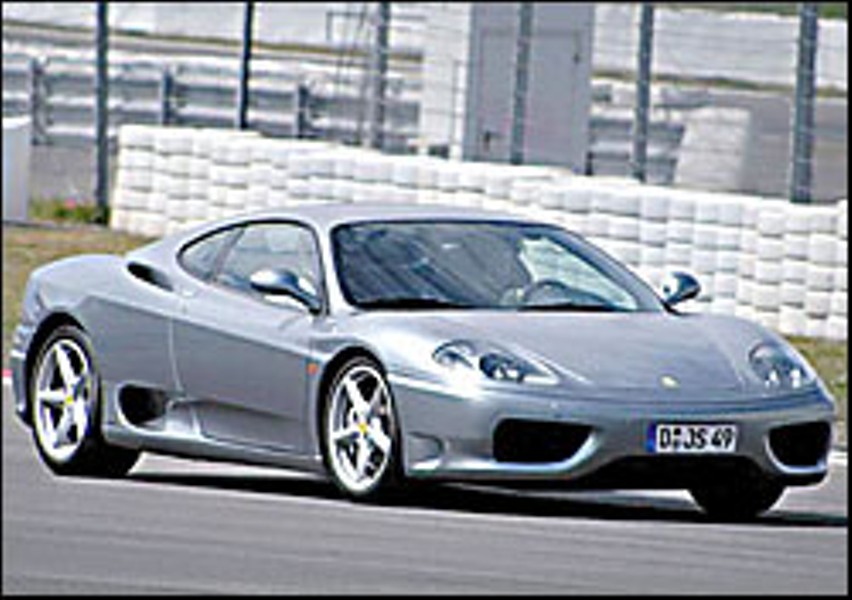 So my boss wanted me to write an intro to my wish list, giving some sort of rhyme or reason for the things listed below. Best I can tell, there isn't one. Yeah, the year has been sort of a personal roller coaster, but I'm happy to report that things are looking up. I have new friends, a wonderful new girlfriend, a new bunch of experiences to draw on and thus, for the most part, a new list of things I want you to get me. Thanks in advance.

DEGRASSI: THE NEXT GENERATION, SEASON ONE,
$35.13, www.bestprices.com

Go ahead and make fun of me if you must, but I'll say it anyhow: I love me some Canadian melodrama. And you should too. I have my girlfriend to thank for introducing me to this little slice of heaven, and admittedly, it took a while for me to admit that I like – OK, love; OK, am obsessed with like a 12-year-old girl at a Backstreet Boys concert – a show that seems like Toronto, 90210. But it's so much more than that.

Set 10 years after the ending of the cult hit Degrassi High, this show boasts no superficial, airbrushed-perfect 35-year-olds-playing-16-year-olds; just believable characters dealing with real issues in an unbelievably frank and totally engrossing way. Seriously, where on American TV will you see a 14-year-old wrestle with (and get an!) abortion? Or date rape, or school shootings, or wrist-cutting, or homosexuality, or just about anything you can name, and not conveniently packaged to end when the half-hour episode is over.

It's rabidly popular up north, and has a pretty intense following stateside too – though it's not terribly easy to find on cable, and some of the more "controversial" episodes (i.e., the abortion one) were omitted here in Jesusland, er, America, so I'm not alone here. Laugh all you want, but you're the one missing out.

Yeah, Captain Kirk made a CD. And yeah, I want it. No, I'm not – or at least, no longer am – a Trekkie, nor have I ever seen an episode of T.J. Hooker. (I've seen a little Boston Legal, and it's OK, I guess.) Yeah, the Priceline.com commercials were funny, but nothing that would make me want to get this particular album sight unseen. I want it because, well – based on the tracks I've overheard on the Internet – it's good. And by good, I mean entertaining, thanks to Shatner's ability to simultaneously poke fun of himself and come off as a self-absorbed son of a bitch. The music, produced and arranged by Ben Folds, complements Shatner's overly dramatic spoken word perfectly. Two favorites: "You'll Have Time," in which Shatner ruminates on death to a staccato backdrop of a choir chirping "dead" as Shatner lists the names of the recently deceased; and "That's Me Trying," a forlorn reconciliation letter to a daughter he long ago abandoned that actually includes the line, "The reason that I'm writing is that I'd like for us to meet/Get a little daughter-dad action going soon." Oh yeah, and the Folds-sung chorus completely sells the sadness.

Shatner's new disc segues nicely into my next request, a new car CD player. I know, I know, we went through this last year. As I recall, I asked for a pimped-out 12-disc changer with a built-in CD burner. You didn't deliver, so I wandered down to Best Buy and – with my own money, dammit – picked up whatever six-CD changer I could afford and had it installed in my truck. Not to sound bitchy, and I'm not sure whether it was the installation or the changer itself, but the sound quality sucks. Like, when you crank up the volume, you get a whole lot of line noise that can overpower the music itself. And it's annoying as hell.

So I want another crack at the apple. What I'm asking you, dear readers, is either a (preferably easy) solution to my CD changer problem – e-mail answers to jbillman@orlandoweekly.com – or a whole new stereo. If you opt for the latter, why not go all out, and get me the way-over-the-top Kenwood thing mentioned above. I was sold by the website's description alone: "Want to turn your car into a rolling fortress of entertainment? Start here. This in-dash CD deck features a 7-inch touch-screen monitor that lets you watch DVDs. You can even expand the system with Sirius Satellite radio and a TV tuner (sold separately)." To which, all I can say is, "Hell yeah!"

Perfect segue No. 2: The way-over-the-top CD player will best complement an equally over-the-top automobile, and as such I'd recommend the Ferrari 360 Modena Spider, a wet dream on wheels. Not that I know from experience or anything, but it's nice to fantasize. Oh, and if you get me this, you really don't need to worry about the aforementioned CD player, as one is included in the Ferrari.

Since we're stuck with Captain Moron another four years, it would be foolhardy to wish for world peace. But what's to stop us from wishing for some life-changing event that might cause Mr. Bush to stop being so, umm, stupid all the time? And then, maybe world peace.