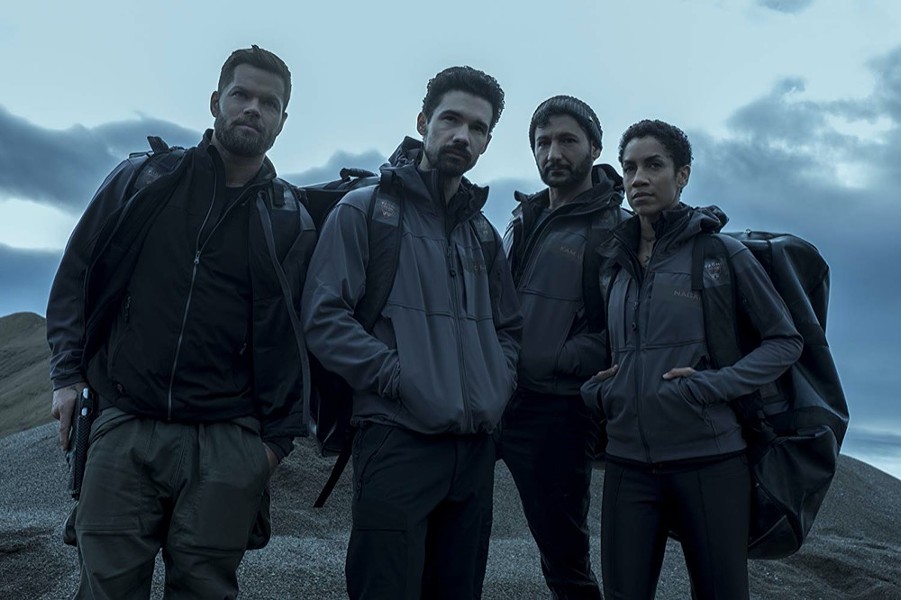 Say what you want about Jeff Bezos – not too loudly, Alexa is listening – but the man has decent taste in science fiction. The Amazon founder and CEO has peppered his career with Star Trek references, hired Snow Crash writer Neal Stephenson to work at his space exploration company, Blue Origin, and last year took it upon himself to personally announce that Amazon was going to rescue the critically acclaimed former SyFy Channel space drama The Expanse from cancellation. Amazon's Christmas gift to sci-fi fans returns to the airwaves – netwaves? – this week after a year of production and reminds us why The Expanse captured the attention of so many in the first place.

Those wondering how the sudden influx of Amazon-level money would affect the show need not worry. The CGI may be sharper and the look of the show may be more cinematic, but the show feels essentially the same at the core. We get some new sets, but the heart of the show – politics in space – remains intact.

Of those new locations, the planet of Ilus – the one demanded by the plot of the book upon which the season is based – is intentionally desolate, reflecting the hardscrabble survivalism of the Belter refugees who have settled there. Their presence ruffles the feathers of an Earth-based corporation with a mining charter, however, resulting in a political tinderbox that's primed to blow at any moment. U.N. Secretary-General Chrisjen Avasarala (played with gleefully foul-mouthed zeal by the great Shohreh Aghdashloo) sends James Holden (Steven Strait) and the crew of the Rocinante to keep the peace – and investigate alien superstructures dotting the surface of the planet, no big deal.

While Holden – along with drawling Martian pilot Alex Kamal (Cas Anvar), Belter engineer Naomi Nagata (Dominique Tipper) and weirdly sympathetic psychopath Amos Burton (Wes Chatham) – dips his toes into that hornet's nest, we get our first extended look under the domes of the Martian Congressional Republic as recon marine Bobbie Draper (Frankie Adams) gets involved with the rise of a criminal element in the shadow of a planetwide economic recession, brought about in part by the cessation of hostilities between Earth and Mars. The Expanse has always had a strong sense of realpolitik, and in this season it acknowledges that "peace" is just a different set of problems.

While we don't get much in the way of character-building in the first six episodes of the 10-episode season, season standouts include Wes Chatham's Amos along with Burn Gorman's (Game of Thrones, Torchwood) take on the season's villain, Adolphus Murtry. Amos, the Rocinante crew's muscle, carries the same sense of cold practicality to his sex life, we discover, as he does to applying violence wherever necessary. The situation with his new sex-interest, Chandra Wei (Jess Salgueiro, Letterkenny), is complicated by the fact that she's Murtry's second-in-command.

Cibola Burn, the book on which the new season is based, is often cited as a low point in the series by James S.A. Corey (a collaborative pen name of writers Daniel Abraham and Ty Franck). Amazon seems confident that the showrunners can overcome the book's faults – and the decision to give Avasarala and Bobbie plenty of screen time is a good start. The show has been renewed for a fifth season, already in production. For once, passionate fans get to relax, take a breath and rest easy knowing that their show is in good hands.