Amid the Comey chaos, some lessons from the history of America’s secret police

Hundreds of people lined up in the marble hallways of a Senate office building yesterday, hoping to get one of the 88 public seats in Room 216, where James Comey, the FBI director Trump fired over the Russia investigation, was scheduled to testify at 10 a.m. That was at 8:30 a.m. More came. Some of the people waiting in the winding line said they arrived at 4 a.m. Bars were opening early and, for once, it seemed like reporters and senators were the only people in Washington not day-drinking. But it was serious shit.

Comey said that Trump asked him for loyalty. It freaked the then-Director out – because if the FBI is not independent of political factions, it becomes a secret police force abetting tyranny or totalitarian control. 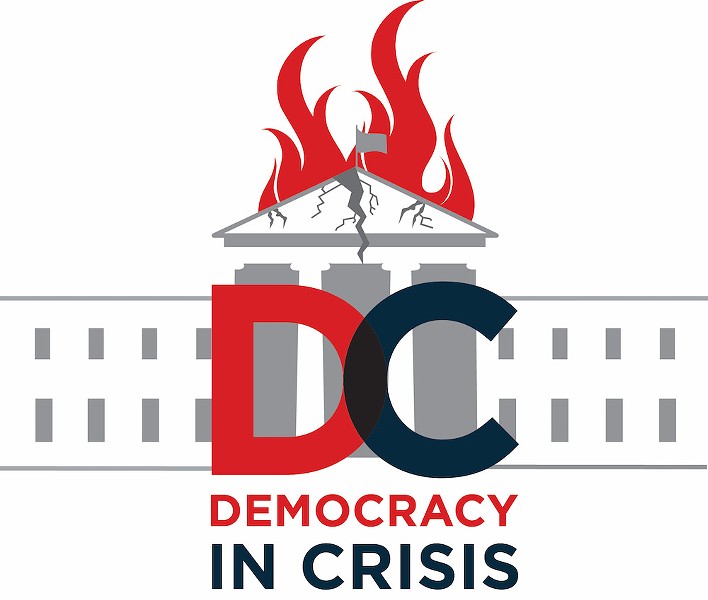 At one point, Comey tried to explain why he had assured the president he wasn’t personally under an investigation on several occasions.

Comey said he told the president about salacious material – the Russian sex workers pissing on the bed the Obamas slept in, I guess – in a dossier gathered by a former intelligence official and later published by Buzzfeed; he didn’t want Trump to think that that the FBI would use the material against him.

“I was worried very much of being in kind of a – kind of a J. Edgar Hoover-type situation,” Comey said, referring to the legendary director – you might say dictator – of the FBI for half a century.

It was remarkable to hear Comey talk this way about the man more associated with the bureau than anyone else – but he had good reason: It helps us contextualize what is happening now, because things were even more fucked up a century ago, and that should make us feel a little better.

Hoover, a powerful, paranoid and proud eccentric, crafted the modern FBI. He started working for the Department of Justice in 1917. The country had finally entered World War I in April of that year. But back in 1915, as the war in Europe escalated, Germany feared U.S. involvement and began a propaganda campaign (or “active measures,” as we’re calling it). As Tim Weiner writes in his book Enemies: A History of the FBI, a German official “began to build a propaganda machine in the United States; the Germans secretly gained control of of a major New York newspaper, the Evening Mail; their front men negotiated to buy the Washington Post and the New York Sun. Political fixers, corrupt Germans and crooked detectives served the German cause.”

The U.S. eventually entered the war, and the government – especially the bureau, which worked under the Department of Justice – began to arrest and surveil German immigrants.

“The bureau launched its first nationwide domestic surveillance programs under the Espionage Act of 1917, rounding up radicals, wiretapping conversations and opening mail,” Weiner writes, noting that more than a thousand people were convicted under the act.

In 1920, a few years later, Hoover orchestrated the “biggest mass arrest in U.S. history,” according to Weiner’s research in unclassified documents, when the bureau “broke into political meetings, private homes, social clubs, dance halls and saloons across America,” arresting more than 6,000 people, for many of whom there were no warrants.

Two hundred people, including a reporter, were charged with felony rioting charges for protests on Inauguration Day 2017 and arraigned the day after Comey’s testimony. A couple of days earlier, Reality Winner, the NSA contractor who leaked secrets about Russian attempts to hack voting machines in 2016, was arrested and charged under the Espionage Act. But it’s still hard to imagine the scope of those 1920 raids.

Hoover later distanced himself from the raids and denied involvement. But rather than backing off as outrage grew over the violations of civil liberties, Hoover started to collect secret files on his political enemies. That’s what Comey was referring to when he referred to a Hoover-type situation.

David Grann’s stunning new book, Killers of the Flower Moon: The Osage Murders and the Birth of the FBI, shows how valuable a centralized investigative force can be in its detailing of the early FBI’s role in solving at least some of the murders of the indigenous Osage people in Oklahoma in the early 20th century, committed as a means to steal their money.

The entire white power structure – from businesspeople to police to doctors – were in on the conspiracy to kill the Osage. The FBI was outside of that local structure, and were able to solve and prosecute some of the crimes as a result.

But much of the bureau’s history is shameful, reactionary and racist, as in COINTELPRO, or Counterintelligence Program, which targeted civil rights and peace activists in the 1960s. In a 2015 talk, Comey said he kept Hoover’s application for a warrant to wiretap Martin Luther King Jr., which cited “Communist influence in the racial situation,” on his desk. He said he required agents to study the Bureau’s MLK files and other instances of injustice, “to insure that we remember our mistakes and that we learn from them.”

The idea of remembering our mistakes and learning from them is about as far as you can get from the whitewashed view of history implicit in Trump’s “Make America Great Again” slogan. Trump doesn’t seem like a person who is capable of admitting, much less learning from a mistake, so the Senate needs to be particularly vigilant in their confirmation of Christopher Wray, Chris Christie’s Bridgegate lawyer, whose appointment as Comey’s replacement was announced over Twitter the day before Comey testified.

Things may seem bad now, but the bureau’s previous political persecution of the left, immigrants, and minorities should remind us that they can always get worse.