I say it to everyone who marvels at the fact that I'm a born-and-bred Orlandoan who also chooses to live here as an adult: Orlando is not the same place it was when I was growing up here in the 1980s and '90s. More specifically, the food and restaurant culture in 2015 is totally different. To be even more specific: Now there is one.

Where it once took 10 years to make delicious dreams like Korean tacos or gourmet burgers (which bloomed in other parts of the country) a reality here, now we're the first ones in the country to sport major food trends. Somewhere between the time I left Orlando for college in 2002 and returned in 2007 to start my adult life, the identity construct known as a "foodie" was born; everyone started taking pictures of their lunches; and words like "sous-vide," "charcuterie" and "locavore" became part of everyday conversation.

It's hard to say whether there was one cataclysmic culinary event that lifted Orlando from its strip-malled, chain-restaurant doldrums and gave it a place in the national food firmament, where it solidly (if precariously) sits now. Was it in 2007 when James and Julie Petrakis opened Orlando's first gastropub, the Ravenous Pig, in Winter Park? Was it when the illustrious James Beard Foundation culinary awards came to town to announce their 2014 semifinalists (which included the Petrakises as well as several other local chefs from Daytona to Lake Buena Vista), their first-ever live announcement, at the newly minted East End Market? Was it the establishment of the mobile food truck courts, hangouts and "Bazaars"? Or the opening of food halls like East End Market, the new Market on South and the soon-to-be-realized Artegon Marketplace? Or the flourishing of cottage industries like Wondermade marshmallows, Blue Bird Bake Shop and Skyebird? 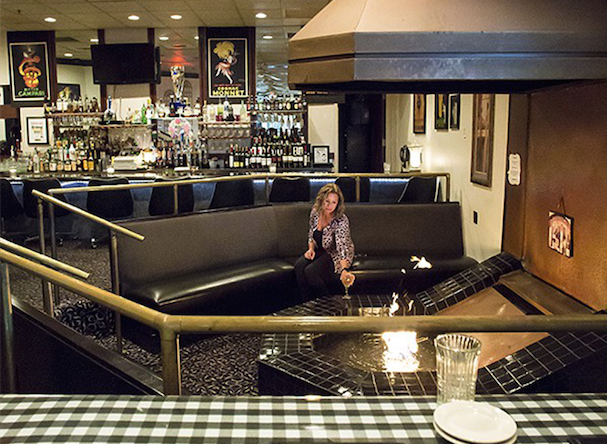 In any case, Orlando's restaurant market is arguably one of the toughest in the country. Storefronts and food trucks alike seem to come and go as quickly as afternoon thunderstorms, especially in some of our more famous "cursed" locations (I'm looking at you, corner of Canton and Park). But there are some time-tested favorites that still stand and still either require a reservation, have a line out the door, or simply just do good business by serving solid food to a loyal following. Here are three of them, along with three beloved spots that just didn't make it.

Gather around the indoor fire pit, sip an extra-dirty martini or a couple of glasses of smoky pinot noir, and order one of the best steaks in town from a legendary steakhouse open since 1947. The restaurant doesn't just take cues from a la carte carnivore carnivals, it practically invented the idea of family-style sides and brought New York's Mad Men-esque power lunch to Central Florida.

Dexter Richardson changed over his Fairbanks Avenue shop, Dexter's Wine and Cheese, to a 50-seat restaurant with chef Adrian Mann in 1988, and became one of Orlando's unstoppable dining forces. After a move or two, Dexter's Winter Park settled in Hannibal Square in 1999; they've added a few more locations over the years, and now you'll be lucky to wedge in past the throngs (especially the uber-popular Thornton Park Sunday brunch). There are now four Dexter's, but the wine selection at each one is still aces and the chicken tortilla pie is still messy and delicious.

Before the long-A-F lines out the door of 4 Rivers' brisket empire, Bubbalou's was slicing up smoked meats and opening locations faster than you could say "fried okra." The Lee Road spot opened in 1986 is the original, and though it's undergone a little sprucing up here and there, the place still looks the same, and the food is just as good as it was 30 years ago.

Any woman who grew up here and says she didn't walk by Lakeside's giant window looking out onto Lake Eola and dream of having her wedding there is lying. After the owner, Lee Rose, passed away in 2003, the place just couldn't hold it together. Now it's World of Beer, and the view is just as picturesque as it was when it was the place to celebrate a special occasion.

The much-loved Greek diner opened in 1984 and was both family-friendly and a hangover haven (it was open 24 hours). It closed to much dismay in 2014; the owner cited exorbitant rent as his reason for jumping ship. There's a GoFundMe account to relocate the diner, but so far it's only raised $720.

It was "always Christmas" at the Bubble Room, one of Orlando's weirdest (but most well-loved) restaurants. The ultra-eclectic decor, both inside and out, was the real draw. There were thousands of trinkets and toys in the 1940s-theme restaurant, all of which were auctioned off when the restaurant closed in 1998. Those who still pine for the Bubble Room's Orange Crunch Cake can visit its sister restaurant, still open on Captiva Island.