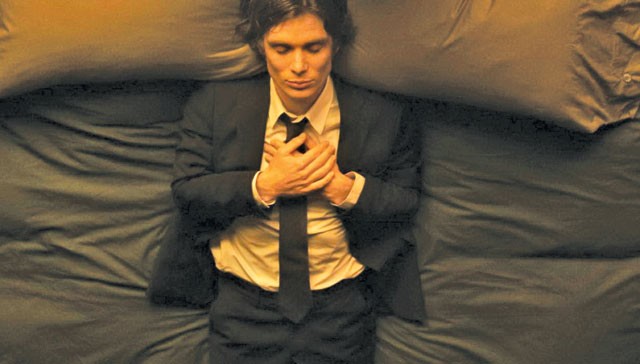 The thrill of exposing a fraud is a notion with a rich cinematic history covering all manners of craft – revivalism in Marjoe, art forgery in F for Fake, demonic possession in The Last Exorcism, for example – and understandably so considering the pursuit's screen-friendly structure: It's got high stakes, innocent victims, the chase and a built-in payoff. Given that set of tools, it's a wonder that Spanish director Rodrigo Cortés assembles such a lousy product with Red Lights, a vaguely sci-fi-infused thriller starring the likes of Robert De Niro, Elizabeth Olsen, Cillian Murphy, Toby Jones and Sigourney Weaver. That's a mega-ton of star wattage – too much to let go to waste without anyone noticing.

Murphy and Weaver play, respectively, Tom Buckley and Margaret Matheson, who are in the business of exposing phony psychics. (Olsen plays one of their assistants and is seldom heard from until the plot requires her. That would've been fine a couple of years ago, but it's nearly offensive since she proved her mettle in Martha Marcy May Marlene.) Filmed in Spain and Canada, Red Lights is limply staged and even more uninspiringly shot – everywhere looks like nowhere. The effect of all this is a total lack of emotional connection to these characters right from the start.

So we've got an ugly-looking movie with an interesting premise – that's workable. Things look even rosier for the moviegoer when Cortés ratchets up the tension, plunging the huckster-busting team into a game of catch-up when De Niro's world-famous, spoon-bending, blind arena psychic, Simon Silver, comes out of retirement following decades of self-imposed exile, captivating the national media. (Uh-huh. It's one of those where all the exposition is handled by on-camera reporters who sound nothing like real reporters. Y'know, like Newsroom.) For reasons never quite divulged – par for the course in a movie desperate to cover its shaky foundation – Silver is Buckley's big fish and obsession almost immediately overcomes him. We know this because in a prolonged shouting match with Matheson, he barks, "We need to investigate Silver!" about four times in the span of 60 seconds.

Around this time, we're treated to a sequence that frustratingly implies Cortés might be a good filmmaker trapped in a poor movie. (Or it would, except that he serves here as writer, director, editor and producer.) Suddenly, an ambitious Science Person from the College Place (Toby Jones) announces Silver's participation in a supposedly definitive study of ESP powers that will prove, once and for all, the existence of the supernatural. Or something. Cortés lights a fire under the film here, finally allowing a modicum of suspense into the messy proceedings. It's the last gasp, however, for this fatally flawed yarn: The plot crumbles quickly thereafter under the weight of rampant twists and turns, each making less sense than the last until the Grand Dame of bad twist endings, which requires Robert Motherfuckin' De Niro to, um, levitate.

I admittedly never saw the Ryan Reynolds trapped-in-a-box film Buried – my no-joke claustrophobia made me think better of it – so Red Lights will have to serve as my introduction to Cortés' work. I hope he's got better tricks up his sleeve. Better yet, skip the tricks next time and just tell a better story.