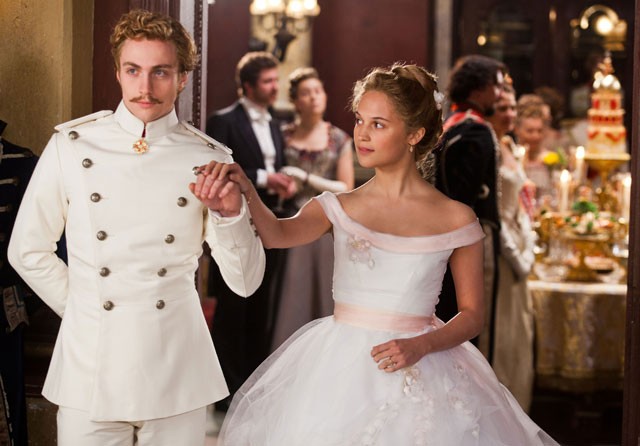 Leo Tolstoy's Anna Karenina has now been brought to the screen eight times. Yet no other version – indeed, no other film of any subject – has ever looked quite like this, as director Joe Wright's stunning marriage of style and substance is the best film of the year so far.

Fans of the famous story about a doomed woman and the 19th-century Russian society that overwhelms her will nevertheless seek to compare Wright's take with previous ones, most notably the iconic but overrated 1935 version starring Greta Garbo and the somewhat stiff 1948 revamp with Vivien Leigh. Comparing them as films is fine, but debating which version is most faithful to Tolstoy's masterpiece is as pointless as comparing a painting to the poem or song that inspired it. If you want a faithful rendering of the plot, simply read the book, or hunt down the 1997 10-part BBC miniseries.

Most astonishing about this new version is that, despite being what many would call an art film, it doesn't sacrifice content. The device that Wright chooses – setting almost everything, horse race included, inside a theater – actually illuminates the theatricality of Imperial Russia better than anyone, including Tolstoy himself, could have probably imagined.

Keira Knightley is superb as Anna, completely grasping Wright's aesthetic concept. This is her third project with the director, after Pride and Prejudice and Atonement. The latter is considered by many, this reviewer included, to be the best film of 2007. Anna Karenina may not quite rise to that level, but it's awfully close and adds another masterpiece to the British director's resume.

Jude Law is equally effective as Anna's regal husband, Alexei Karenin. Something in the actor's nature conveys a sort of cold power, something to be feared, and he uses that to his advantage here, while also capturing a sadness similar to that shown by Ralph Richardson in the 1948 version.

It's impossible to capture the entire novel in just two hours, but Tom Stoppard's screenplay shows great respect for Tolstoy's characters and themes, contrasting the failed marriage and urban prison of Dolly and Oblonsky with that of the uncorrupted love and simple agricultural existence of Konstantin Levin, perfectly played by Irish actor Domhnall Gleeson. Konstantin's love for Kitty brings him purity, and Wright shows this by allowing him to visually reside in the real world, a gift he denies all his other characters, who remain trapped in and on stages, prosceniums, catwalks, wings, auditoriums and all other parts of a theatre for most of the film, a prisoner of their world and Wright's groundbreaking concept.

The one slightly weak link is English actor Aaron Taylor-Johnson as Count Vronsky, the object of Anna's ruinous affair. But it matters little, as the style is the real star, a style that will be praised, criticized, imitated, misunderstood and discussed for years. Wright has combined literature and theatre with dance and design to weave a bold and ambitious cinematic tapestry.