Ari Aster’s sophomore outing 'Midsommar' is anything but a slump 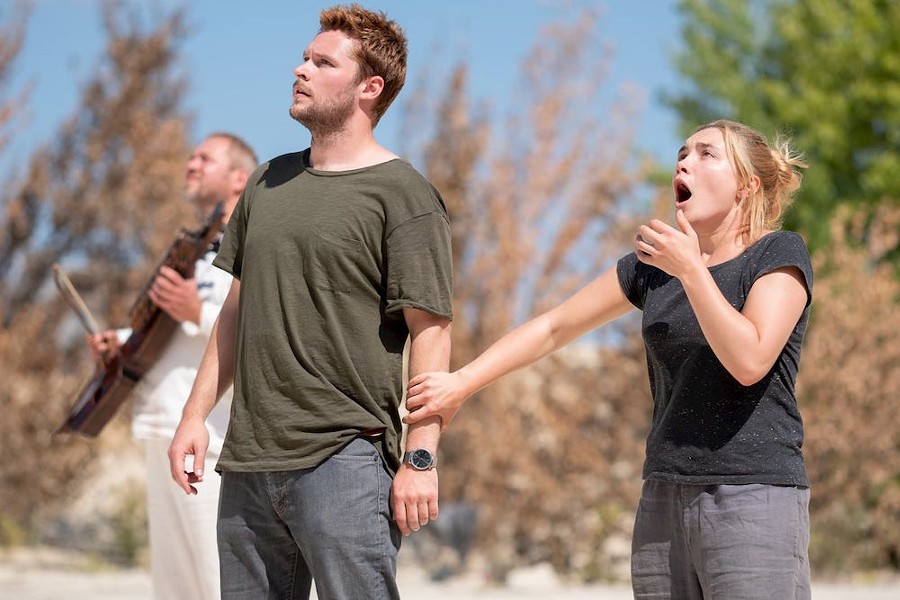 Image courtesy of A24

Image courtesy of A24
Midsommar
Opens Wednesday, July 3
4 out of 5 stars

Ari Aster's debut feature, Hereditary, was one of 2018's best films, and one of the best movies to ever be completely snubbed by the Academy Awards. Plenty of people chalked that up to the fact that the Academy routinely overlooks horror as a genre, even though, for many, the current state of the genre is the best it's been in decades. On the other hand, many fans of horror took issue with Hereditary even being called "horror" due to its slow, meditative nature.

Be assured that Aster's newest film, Midsommar, is going to inspire exactly the same arguments. The 140-minute movie – which, to its credit, almost feels too short – takes its time in establishing mood and character, and the actual "horrific" segments of the plot – murder, blood, gore, that kind of thing – occupy a mere fraction of that time. But the saddest thing that could possibly happen with Midsommar is that horror fans don't see it because it doesn't fit their definition of horror, and film aesthetes don't see it because they think it's a traditional horror film.

Midsommar opens by introducing us to Dani (Florence Pugh), a young woman currently concerned about the mental state of her sister. After she reaches out to her grad-student boyfriend, Christian (Jack Reynor), we learn that Christian – goaded on by his friends – is looking for a way to get out of his relationship with Dani. But when tragedy strikes, the breakup gets pushed off – then pushed off again when Christian invites Dani on a trip to rural Sweden with his bros to observe a midsummer festival. Anyone who's let a relationship continue after it's gone sour or gone on a trip together out of a sense of romantic stubbornness will recognize the horror inherent in these situations.

Meanwhile, Midsommar keeps most of the actual blood-and-guts horror off-screen. Characters disappear, but the super-friendly Swedish pagans have perfectly reasonable explanations for it. There is a bloody ritual near the beginning of the celebration, but those who die are volunteers, not victims. In fact, without the (really negligible, from a body count standpoint) murders, Midsommar would be a great film about participant observation in anthropology.

Aster proved with Hereditary that he knows how to direct a female lead – still waiting for Toni Collette to get the respect she deserves for her role in that one – and Florence Pugh similarly nails her part here. Whether she's in the throes of grief, trying not to be a "bitchy" girlfriend but also being hurt by her boyfriend's disinterest in her perspective, or keeping friends and strangers at arm's length even though she kind of knows that she really needs love and acceptance to deal with her trauma, Pugh's performance is nuanced, sympathetic and completely believable. By the time she's involved in a dancing competition to see who will be crowned the May Queen, we're all rooting for her to win. And even in the bizarre aftermath of the May Queen ritual, we're still rooting for her, though in a much more macabre sense.

The frequent use of psychedelics by the characters in the film give Aster free reign to create some amazingly beautiful shots and edits. The trippiness is much more relatable to real-life psychedelic experiences than, say Terry Gilliam's laughable interpretation of being under the influence in the overrated Fear and Loathing in Las Vegas. Trees breathe, flowers bloom, people's faces grin a little too broadly. No one turns into a lizard. With any luck, Midsommar will become the new movie for college-aged youth to watch while experimenting with their hallucinogens. God knows they'll get more out of it.