Screengrab of “Makeup Tutorial: How to Hide from Cameras”

Everywhere we go, we're being scanned not just by human eyes but by cameras. It's expected, if not enjoyed, in airports, banks and stores, but increasingly it happens even while walking in public spaces. If this doesn't sit right with you, some artists have come up with ways to preserve your anonymity from Big Brother, though you may draw extra attention from your fellow citizens. 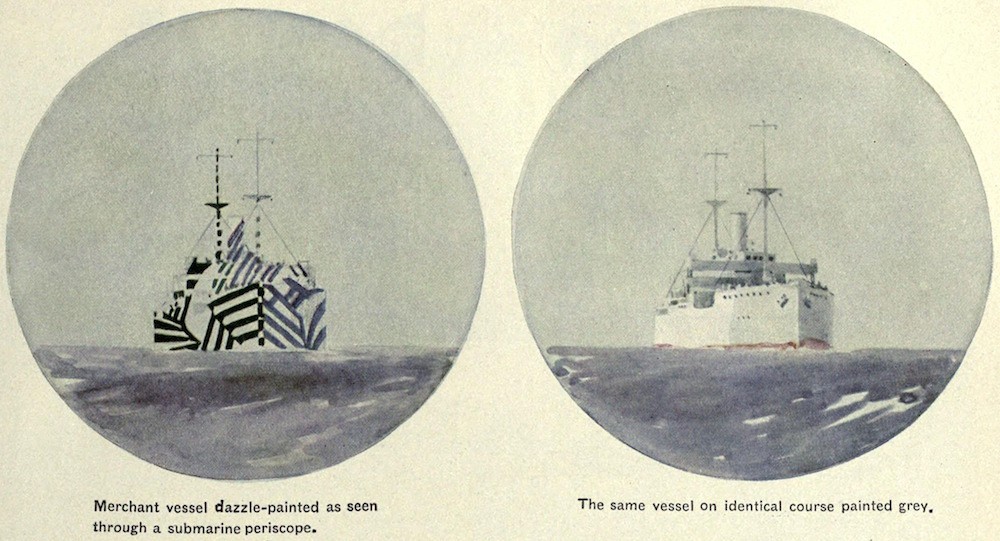 Artist Adam Harvey created a fashion-based strategy for hiding in plain sight he dubbed "Computer Vision Dazzle" in 2010, inspired by the dazzle camouflage employed by military ships in World War I. By covering ships with blocky stripes and patterns in high-contrast colors, Allied officers made it tough for the enemy to estimate their size, speed and direction of travel. The technique of fooling faraway eyes by breaking up silhouettes is credited to the artist Norman Wilkinson, who was serving in the British Navy when he had the idea in 1917 (though apparently Picasso, that old fool, took credit for it, claiming it as a form of Cubism). Dazzle camouflage is still used; the principles behind it haven't changed, and it turns out this trompe-l'oeil technique can fool algorithmic surveillance as well.

Harvey's project presented models with faces painted in surreal, sharp-edged shapes in back and white, wearing asymmetrical, brightly dyed hairpieces. His take on dazzle can be employed to the same effect by less skilled stylists, though, as shown by artist Jillian Mayer in her 2013 video performance piece, "How to Hide From Cameras." In the video (watchable on YouTube), Mayer demonstrates a messier, though equally effective, makeup technique for evading surveillance. "We all know that cameras are watching our every step," warns Mayer. "The implementation of this makeup tutorial in your everyday life will be key to existing track-free."

Like dazzle camouflage, dazzle makeup simply breaks up the face into less recognizable parts. Facial recognition software works by measuring the distance between features as well as mapping depth – "peaks and valleys," if you will – using available light. Paint your forehead white and your whole left cheek black, and it confuses the algorithm. (Or, as pointed out by numerous studies, have a black face and watch as you're misidentified as much as 34 percent of the time.)

Facial recognition software can also be confused by hairstyles (time to consider bangs, protesters) and glasses. In fact, researchers from Carnegie-Mellon University found last year that glasses block almost 7 percent of the area that facial biometric systems scan. They also found that decorating the frames with wild patterns scrambled enough pixels in the scanned area to fool the system completely – without having to paint your face like one of Mel Gibson's minions in Braveheart. 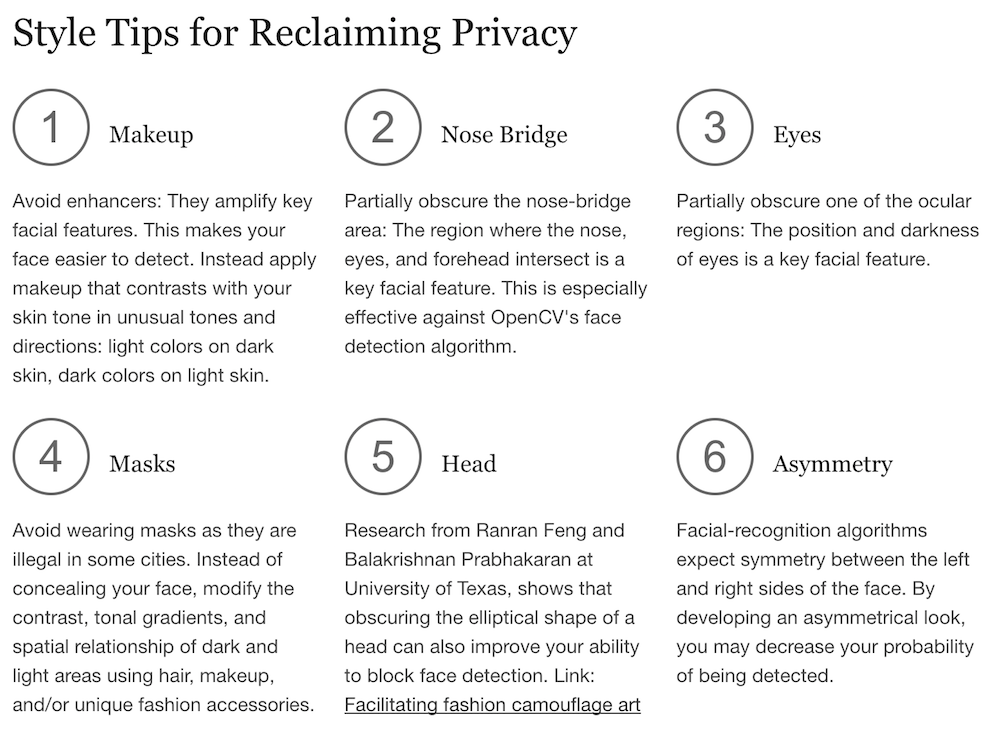 Of course, using technology to track our physical bodies mirrors a phenomenon we've all become aware of, if not always reconciled to: the way internet browsers track our progress through every corner of the web. In the same way developers write code to block ad pixels as fast as advertisers write code to prevent being blocked, protesters and privacy advocates have moved from masks to hoods to makeup and hairstyling, changing defense each time a strategy is outlawed. (Yes, in many states, it's illegal to wear masks or even oversized hoodies at protests.) Whether lawmakers will be able to write legislation outlawing makeup remains to be seen. In the meantime, perhaps rally organizers should take a tip from festival planners and add a face-painting booth to the proceedings.