Ashley Eckstein, fangirl entrepreneur and voice of Ahsoka Tano on Clone Wars, has a new book out to help readers 'dream it and do it' 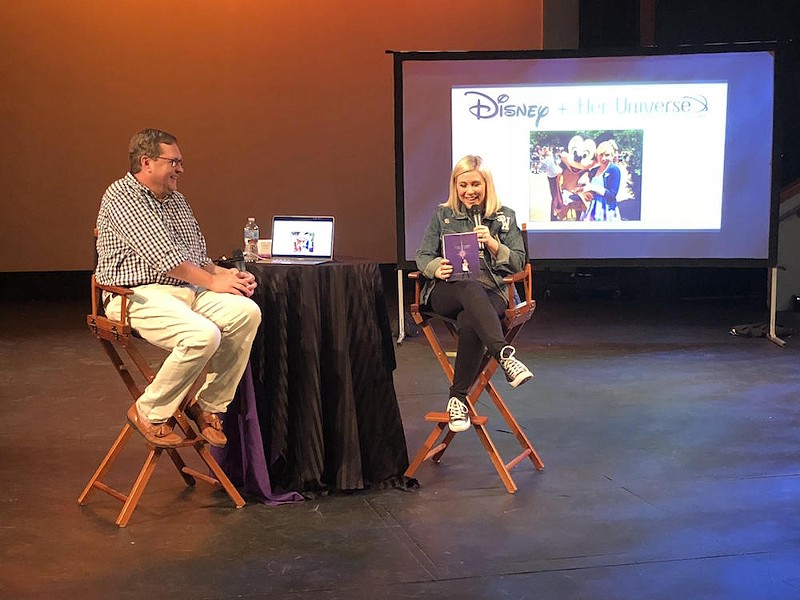 A long time ago, on a playground far, far away, boys like myself reveled in reliving the Rebellion's rout of the Empire, while Wookiee-loving young women were relegated to the sidelines. Today we're in a whole new galaxy, with strong females at the forefront of the Star Wars resurgence. But since long before Rey or Jyn emerged, actor-entrepreneur Ashley Eckstein has been leading the fangirl revolt, first as the voice of Jedi Ahsoka Tano on the soon-to-be-revived cartoon Clone Wars, and then as founder of the influential fashion line Her Universe.

Eckstein has been on a nationwide tour promoting her new book, It's Your Universe: You Have the Power to Make It Happen, and the Central Florida native recently appeared at the Orlando Rep to share stories of her interstellar journey with family and fans. Here are some words of wisdom from Eckstein on how to make your dreams come true, the way she has.

On growing up Disney:

I grew up here in Orlando, my dad was a Disney cast member, so definitely Disney is in my DNA; I think 23 and Me would find Disney chromosomes.

We do have Disney magic in our backyard, which is awesome. The impossible happens in front of your eyes on a regular basis at Walt Disney World, and so I say to seek out opportunities where what you want to do is tangible – where you can see it, you can feel it, you can touch it. Volunteer, or take a class, but you have to take that first step.

On her favorite princess:

My favorite Disney princess is Cinderella, [and] my favorite line is "They can't order me to stop dreaming." She literally had everything taken away, but they couldn't strip away her power to dream. No one can take that away from you except yourself – dreaming comes from within.

On her new book:

It's a step-by-step guide on how to make your dreams come true. It's part autobiography, but it's grown beyond my story, because I'm just paying it forward for everything that my parents instilled in me and the world of Disney inspired me to dream it and do it.

There's no age limit to wishing. Some people think the book is just for teens and tweens, but it's not. I'm going to be wishing upon stars until the day I die. No matter how much we've achieved, no matter how much school we've gone through or what position or title we're at, there's always a new dream, a new chapter, something new that we can learn. The messages of Disney are ageless, genderless and timeless. It just provides that little bit of hope when you need a little extra pixie dust.

On starting Her Universe:

I had no idea about how I was going to do it. I didn't know anything about making clothes or licensing or any of that. I just knew that there was a need. I knew that women and girls were being bullied for liking sci-fi and fantasy, and there was no merchandise out there for us. I knew that almost 50 percent of sci-fi and fantasy fans were women and girls, and I knew I had my foot in the door at Lucasfilm. So I asked myself, what would Ahsoka do? My answer was, Ahsoka would stand up for fangirls, so that's what I did.

When I first started out I went about it the wrong way twice, and Lucasfilm very kindly told me no twice. They weren't saying no to my idea, they were saying no because they only work with reputable companies. Had I just heard the word no, we wouldn't have Her Universe. Instead, I heard "No, but."

On her wish for the fans:

Next time somebody says, "No you can't," hopefully you have a voice in your head – mine sounds like Yoda – that silences that no and says, "Yes I can."