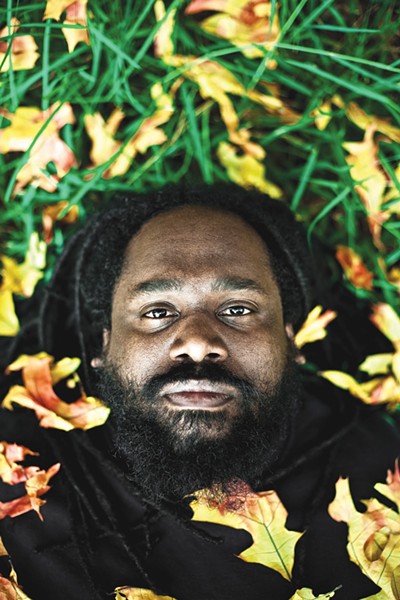 In August 2010, the local music community pulled off what seemed like the impossible: rallying around a loosely organized music festival that took place in, around and outside of small businesses. Despite an all-too-predictable downpour and makeshift stages in parking lots, coffee shops, pool halls and even a tour bus or two, dozens of Orlando’s greatest artists rocked wandering enthusiasts throughout the day. According to festival organizer Swamburger of local hip-hop titans Solillaquists of Sound, the success of Indie Summer Fest, by its very nature, was an against-all-odds story and the fulfillment of what he knew the city was capable of all along. (He notes that the Audubon Park Garden District, despite its growing status as a scenester hub, pulled their support, leaving the event in the hands of enthusiastic newcomers to show-hosting, like Big Daddy’s Roadhouse.)

“There was definitely a frustration, as far as Orlando was concerned,” Swam-burger says. “Not in the music scene, but more the support for the music scene. [Indie Summer Fest] came together in about two weeks. Everybody kept telling us, ‘Yo, this is not professional.’ It’s not supposed to be! Just jump in.”

Prior to the fest’s kickoff, Swamburger threw down a hefty gauntlet, publicly declaring that if Orlando couldn’t get behind the sort of thing he’d seen work in other cities, then he would leave town.

“I think that put some importance on it. I remember I kept telling artists the same thing. Like, ‘Yo, if you can’t sell five tickets a piece, then what are we doing?’ [We were] seeing if everybody wanted it at that point in time, but we made it happen. At a very surface level, it was about time. It was the straw that broke the camel’s back that made Orlando say, ‘OK, maybe we are cool. Maybe we don’t have to go to New York or Bonnaroo or what-ever.’”

Music fans met the challenge – Swamburger credits the fans almost exclusively as the key logistical factor – and the idea of a sequel was born. Firestone Live booker Alec Vidmar shared Swamburger’s vision and offered the venue as a more self-contained and, perhaps most importantly, indoor option, and the Indie Fall Fest found its home.

“We looked at each other and said, ‘Yeah, we can do it, but we’ve got to do it different and bigger and better,’” Vidmar says. “There’s all this indie hip-hop, all this indie rock that’s just incredible in Orlando, and not enough people get to see it.”

Considering so much of the energy for the summer edition derived from its ramshackle, underdog nature, it’s understandable to wonder if bringing the fest under one massive roof – albeit spread out in all directions, from the Firestone patio to the den, upstairs, downstairs and vendors in the parking lot (Vidmar assures that sound experts were brought in to advise on the audio mechanics, although Swamburger is quick to point out that some musical bleed-through will be part of the charm) – would detract from the grass-roots energy. Both Swamburger and Vidmar say they’ve taken the importance of maintaining the vibe seriously.

“When I go see a festival, the worst part for me is standing out there for nine hours and waiting 20-40 minutes for each act to see something,” Vidmar says. “What it comes down to [with Indie Fall Fest] is there’s no downtime for the audience. You turn your head, and something else is going on.”

With national talent like Pittsburgh hip-hop duo Grand Buffet, Kevin Barnes from Of Montreal (as DJ List Christee) and SOS, as well as a litany of Orlando’s best acts (X:144, Wet Nurse, AmIAm, Rocwell, Circus, Britt Daley and dozens more), there’s no shortage of “something else.” And for his part, Swamburger says he’s here to stay no matter what, and he even suggests a seasonal recurrence. This time, however, the stakes rest on the event itself.