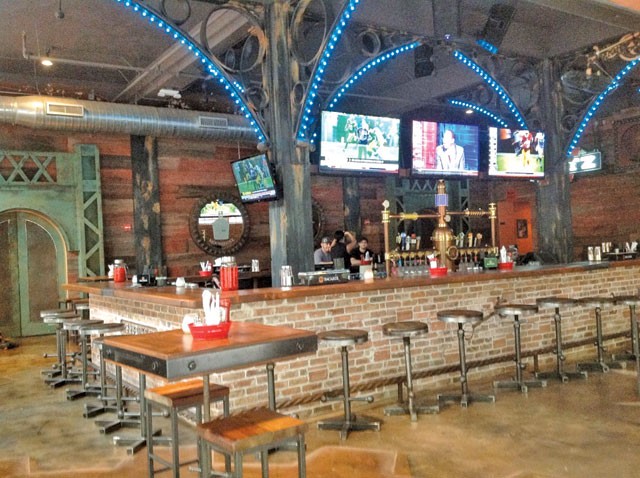 It's been almost a year since Mr. Sisters at 5310 E. Colonial Drive abruptly shut its doors for good, and we've been waiting to see what would come of the place – for months a sign out front announced that Off Limits Nightclub would be "coming soon," but then nothing happened. We found an odd website back in May, referencing Off Limits, Mr. Sisters and a handful of news stories about a murder in Missouri. Somebody painted the bright pink Mr. Sisters facade a neutral tone. Then the LED sign out front went haywire, showing some brightly colored digital static. Then it went blank. We thought the plan to open a new club in the space had perhaps gone south, but last week we got a press release announcing that Off Limits finally held a soft opening party on Sept. 6 (though, sadly, we weren't invited).

According to the release, Off Limits is going to incorporate interactive messaging and gaming with "South Beach-style VIP service." The operators are Miami nightclub owners Michael King and Ricardo Howard, and event producer Chad Everett.
The grand opening isn't until an unspecified time in October, and until then the club is only open for special events. Keep up with their progress on Facebook at facebook.com/offlimitsnightcluborlando.

Orlando isn't a city that dwells on its past. As a result, way too many of our cool, old buildings get torn down – and those that don't are often gutted, remodeled and modernized to the point that you can no longer even imagine what the original space looked like. But the new owners of Elixir Bar Room and Hash House, located at 9 W. Washington St. in the historic Dolive Building (the old home of Scruffy Murphy's pub), have gone out of their way to pay homage to the building's past without sacrificing interior design. They've salvaged old materials they found in the space and repurposed them into the design of the bar. For instance, the bar itself is made of 100-year-old refinished heart of pine that was in the building already. Wainscoting in the rooms was salvaged from old floorboards, and the exposed-brick walls are not faux – they show off the building's original masonry. On Sept. 27, Elixir will host musician Chris Burns in the new space. You can get more info on Elixir at facebook.com/elixirorlando.

Speaking of repurposed spaces, the bar in Wall Street Plaza that used to be home to the Globe has been re-envisioned and held its soft opening on Sept. 14. Hooch, the newest bar in the Wall Street stable, calls itself a "celebration of drinking." Our top-secret invite to the opening party promised that this would be "the newest and best thing to happen to drinking since the end of Prohibition," and they carry that theme throughout the decor – and the menu. In addition to craft beer, Hooch sells craft-batch liquors, including house-made moonshine. Hooch, indeed.