'Beachheads' – how the Trump administration wages war on facts 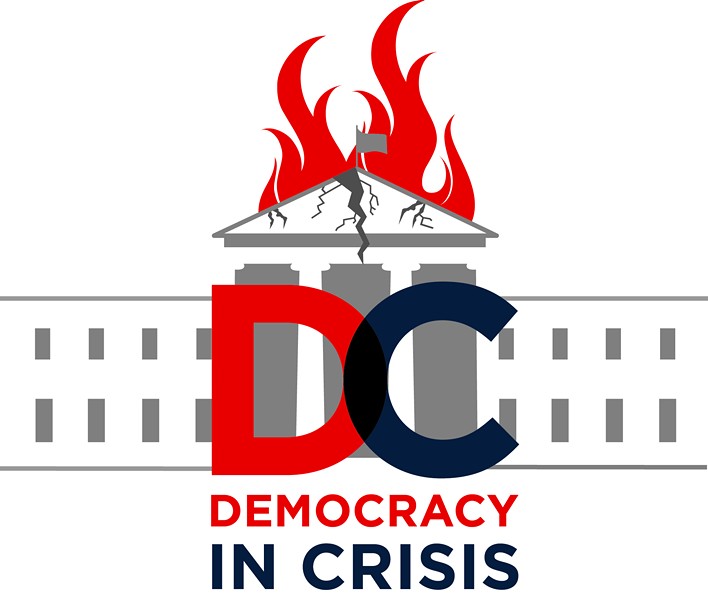 The teams of President Trump’s temporary appointees laying the groundwork for taking over and remaking federal agencies refer to themselves as “beachheads” or “beachhead teams,” a military term for the point of invasion.

Politico reports there were approximately 520 members of such teams when Trump took the oath of office. In any presidential transition, there will be tensions between career civil servants and political appointees pushing a new president’s agenda, but according to experts on the matter, this administration’s use of the term may exacerbate those relations.

The term was offhandedly used in 2000 by Bush’s incoming press secretary, Ari Fleischer. It was central to the language of Romney’s 2012 transition plan, which was provided to the Trump team. But its use here seems systematic, making many within various Federal agencies feel they are being conquered.

“The language of war being used suggests that cooperation is not the primary philosophy dictating this transition period,” says professor Heath Brown, who studies presidential transitions at CUNY’s John Jay College of Criminal Justice. “If the operating philosophy is one of combat rather than cooperation, then we’re in for some trouble with how these agencies are going to function on a day-to-day basis.”

Because the Trump team threw out Chris Christie’s transition plans and “started from scratch on election day,” Brown says, there is “a larger level of chaos in the past for an already chaotic process.”

Given the fact that Trump was a reality TV star, it is not surprising that communications is the main focus of these beachhead teams.

“[Trump’s people] want to control message in a lot of different ways, and for that reason I think they have made that a priority,” Brown says. “The Trump transition team devoted a lot more staff resources to communications than transition teams in the past … In the past, communications just hasn’t been a first priority.”

Kellyanne Conway and her boss are pushing the standard spin of ’90s-era Washington into the full-blown denial of reality. click to tweet

In the process, they may well be changing what “communications” means – from informing the public, or even spinning the message, to something more like outright propaganda. Democracy in Crisis uncovered a 1996 Cornell Daily Sun article about then-CNN analyst Kellyanne Conway that shows she has been thinking about media and manipulation for at least 20 years. The story paraphrases Conway (née Fitzpatrick) speaking to student groups about “manipulative media and political jargon.” In the talk, she also criticized people for “following what is decided by a few elite.”

A section of the article subtitled “Questions of Reality” notes: “In a generation where television and Internet images ‘bombard our senses,’ it is essential, according to Fitzpatrick, to realize that the soundbytes or visuals prepared by the evening news editors do not represent reality.”

Conway, the article reads, “applauded [Bill Clinton’s] ability to use the media to his advantage.”

While this shows that Conway’s obsession with controlling the media narrative is not new, it also underlines how she and her boss are pushing the standard spin of ’90s-era Washington into the full-blown denial of reality in the age of Trump.

During the Trump campaign, Politifact found that only 4 percent of his claims could be considered entirely truthful. Some, including President Obama, naively thought the power of the presidency would curb, rather than increase, Trump’s tendency to lie. But thus far truths remain merely occasional, almost accidental.

After the inauguration on Jan. 20, in the first “unofficial” press conference of the new administration, press secretary Sean Spicer stood in front of reporters and repeatedly lied to the press about things that didn’t matter. It was pointless from any standard political means-ends perspective.

Later, in his first “official” press conference, Spicer said, “sometimes we can disagree with the facts.”

Between Spicer’s two statements, on the Sunday talk shows, Conway baptized Trump-speak with a succinct name: “alternative facts.” She also threatened to “rethink our relationship” with NBC if Meet the Press host Chuck Todd persisted in saying Spicer had lied.

A couple of days later, Trump advisor and Lenin wannabe Stephen Bannon called the press the “opposition party,” which, he said, should “keep its mouth shut.” Almost immediately after this, Trump gave Bannon a spot on the National Security Council.

The attacks on the press, however, are only part of a larger attack on facts themselves – attacks beginning, appropriately, with the communications-obsessed beachheads now inside federal agencies.

Trump ordered the EPA to freeze all of its grants, to take down the climate change section of its website (although the administration later backed down on plans to remove content) and to cease all communications with the press.

Then, according to an email obtained by BuzzFeed News, the U.S. Department of Agriculture’s research division prohibited employees, including scientists, from communicating or sharing information with the public. The USDA later lifted the gag order, saying that it was released “without Departmental direction” and was not sent at the request of the Trump administration.

But information about climate change is not the only information at risk – data, science and research are being suppressed. And Trump’s congressional allies are all too happy to play along.

Republican Senator Mike Lee of Utah and Arizona Congressman Paul Gosar introduced bills this week that say “no Federal funds may be used to design, build, maintain, utilize, or provide access to a Federal database of geospatial information on community racial disparities or disparities in access to affordable housing.”

This racist bill, which would help maintain the kind of segregation affecting cities like Milwaukee, Baltimore and St. Louis, could still die in committee, but it is of a piece with Trump’s all-out war on facts. Deprived of access to facts, citizens are incapable of making decisions. This is an essential feature of tyranny.

As an air of war prevails in Washington, using the term beachhead may in fact be among the small minority of things the Trump team is honest about.