BEAVERS AND RETARDS AND BEARS – OH MY! 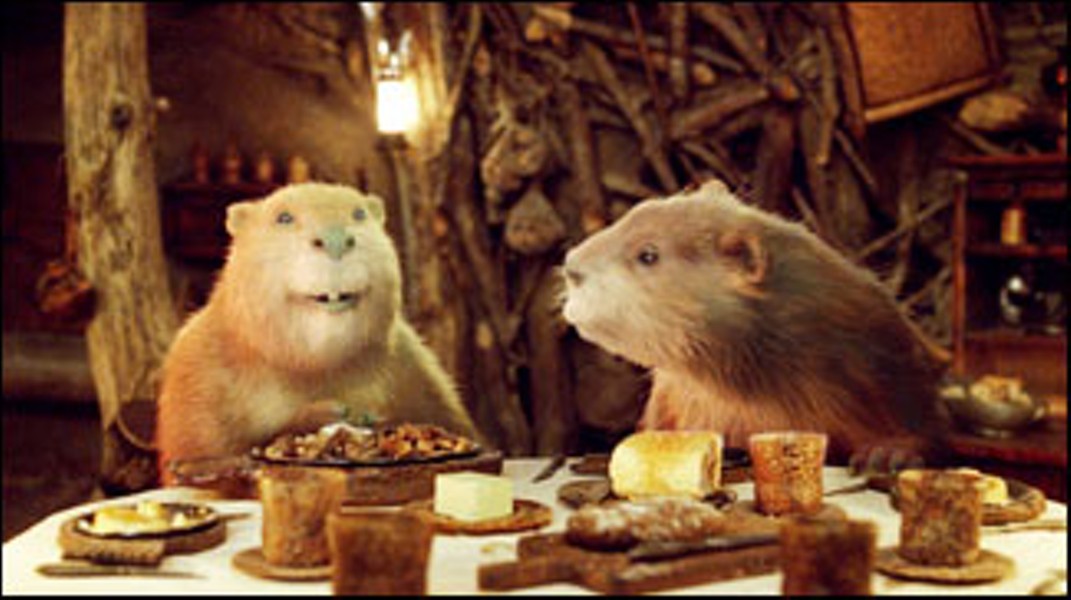 Best picture, best actor, best screenplay … you can get sleep aids like that anywhere. The real story of cinema 2005 lies in our completely arbitrary, free-associative list of the year's greatest achievements – dubious and otherwise.

Best actor (relaxed rules)
Gromit, Wallace and Gromit: The Curse of the Were-Rabbit

Another performance by Rachel McAdams
The Family Stone

Best beaver
Three-way tie: Mr. and Mrs. Beaver, The Chronicles of Narnia: The Lion, The Witch and the Wardrobe; Alexis Dziena, Broken Flowers

Best talking beaver
Three-way tie: Mr. and Mrs. Beaver, The Chronicles of Narnia: The Lion, The Witch and the Wardrobe; Linda Lovelace, Inside Deep Throat

Going places
Miranda July (Me and You and Everyone We Know); Phil Morrison (Junebug); Tim Kirkman (Loggerheads)

Weakest argument for intelligent design
March of the Penguins

Best performance by an actress you'd swear was a minor
Rachel Weisz, The Constant Gardener

Lie of the year
"I saw March of the Penguins, and it honestly didn't move me one bit"; runner-up: "I saw The Chumscrubber"

Best way to get your undeserving feature into the Florida Film Festival
Writing that the FFF is "one of the top 10 festivals in the world" (Chris Gore, My Big Fat Independent Movie); runner-up: being Gregg Hale (Say Yes Quickly)

"Important" movies that were entertaining if flawed
Munich, The Constant Gardener

"Important" movies that were better than Frank Miller's Sin City
None