Bem Bom on Corrine Drive is on verge of opening, Curry Mantra is up and running on I-Drive, plus more in local foodie news 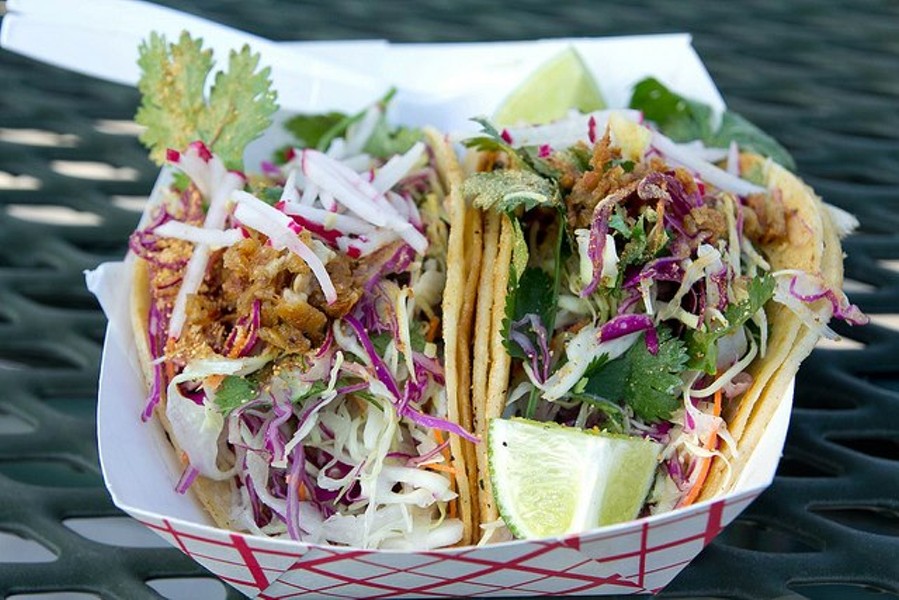 OPENINGS: JJ's Fusion Grille will open its second location inside the Grove at Winter Park (formerly the Winter Park Palms) on the corner of Aloma Avenue and Howell Branch Road in mid-to-late May. Pho-Cali, a concept by the folks behind Quickly Boba, will also open in the plaza in the third quarter of this year. A Quickly Boba will be situated inside the restaurant, and baked goods and macarons will be made on the premises. Popular College Park juice joint Grounding Roots will also set up shop in the plaza, though no opening date has been announced ... Cafe Linger has set an opening date of May 19. The coffee shop will move into the old NYPD Pizza space on Edgewater Drive in College Park ... Tuffy's Bottle Shop has opened on South Myrtle Avenue in downtown Sanford ... Popular Tampa-based Mexican restaurant Taco Bus will open in the University Terrace plaza near UCF this fall ... Bem Bom on Corrine Drive appears to be on the verge of opening ... Curry Mantra has opened in the plaza on the corner of I-Drive and Westwood Boulevard.

CLOSINGS: Rubio's Coastal Grill inside Winter Park Village has shuttered. Their location in Lake Nona remains open for business ... Also inside the Village, Firefly Kitchen & Bar has been sold and will rebrand as the Hangry Bison (yeah, you read that right).

NEWS: We told you back in January that Top Chef Season 3 winner Hung Huynh was serving as Morimoto Asia's chef de cuisine. Well, that news became "official" last week. Huynh will work in the kitchen of Mamaling (the Palm Coast resto he runs with his brother) on Tuesdays and Wednesdays ... Capa Steakhouse at the Four Seasons was one of only eight restaurants in the nation to receive the Miyazaki Wagyu Council Plaque in recognition of the high-quality wagyu served at the restaurant.