A smoldering new outing proves why everyone wants Little Dragon 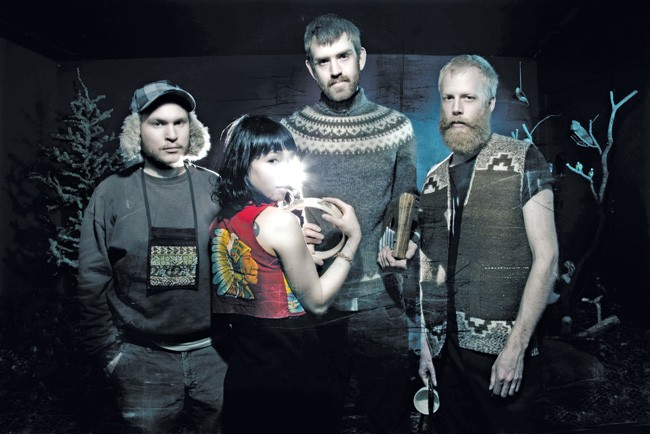 Perhaps the clearest indicator of Little Dragon’s rising stock is the rash of their collaborative fingerprints on recent records by Gorillaz (Plastic Beach), TV on the Radio’s Dave Sitek (Maximum Balloon), Raphael Saadiq (Stone Rollin’) and SBTRKT (SBTRKT). But really, the Swedish electronic act’s crowning achievement is the fresh, just left-of-center point of view they bring to dance music. They openly pull from genres like R&B, house, downtempo, new wave and experimental pop, but their signature sound and vibe comes wholly from their originality of synthesis. The result plays like some sort of intergalactic exotica.

Ritual Union is built on the two central pillars of elemental arrangement and the defining voice of Yukimi Nagano. Little Dragon’s success comes when the former has judicious, salient construction and the latter is given enough play. Naturally, the best songs are the ones in which the two play off each other effectively – the stylish, liquid skittering of “Brush the Heat,” the ’80s R&B pop of “Shuffle a Dream,” the after-hours soul zephyr of “Nightlight” and the time-warped come-on of “Precious.” But none bottle the magic like the future-soul title track. Its taut, rhythmic coil is the perfect frame for the record’s most penetrating melody, carried on Nagano’s supple, fluid voice.

Ritual Union occasionally falls into repetitive hypnosis, an almost endemic hazard any time you venture into the microscopic corners of house music. But when Little Dragon hits it, their considerable feat is breathing organic spirit and smoldering soul into the chilliest diamond-cut grooves; it’s an ability that their energetic live performances brilliantly affirm. In the more intellectual echelons of modern electronic music, that’s nothing short of miraculous. This elegantly out-there album is more than the sum of its parts; it’s a distillation of its various references into something not only unexpected but enlightening.