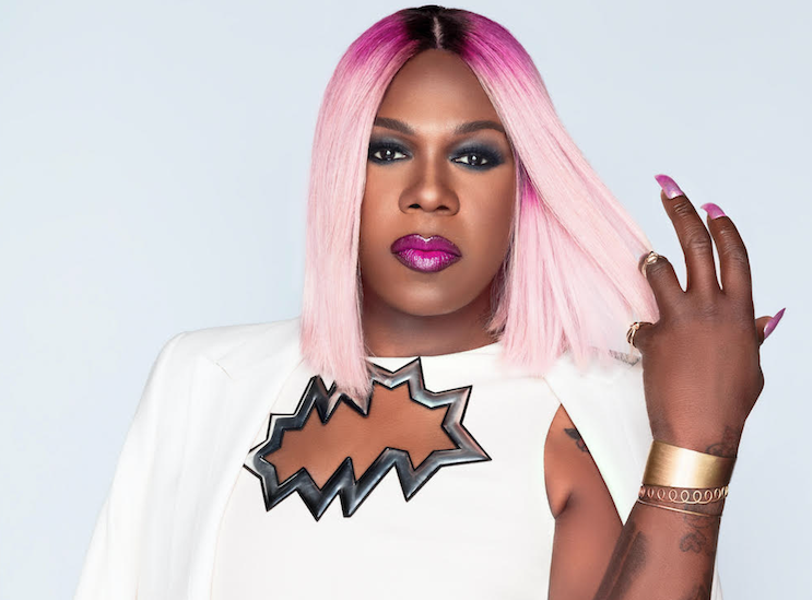 Orlando: Big Freedia wants to see how you bust it open.

The Queen Diva has done the regular tourist trappings in Central Florida before, but this Saturday will be the first time the pioneer of New Orleans bounce performs her bass-thumping, booty-popping beats before an Orlando crowd.

"I want to see what they bringing," she says. "Wear something comfortable and loose so y'all can shake them asses. We gotta shake the house down."

For the last two decades, Freedia (pronounced Free-da) has combined catchy hypersexual lyrics and irresistible rhythms with a work hustle that's launched her career far beyond what she could have imagined growing up gay on Josephine Street in the Crescent City's Third Ward. Hustling appears to be Freedia's default setting whenever she's faced with a struggle – after surviving being trapped by Hurricane Katrina's floods in 2005, the rapper moved with the little she had to Houston and quickly popularized bounce there. After moving back to her hometown, she and other local queer bounce artists like Katey Red and Sissy Nobby brought vibrancy back into New Orleans with their weekly "FEMA Fridays" performances for a city still traumatized from the disaster.

"Being from New Orleans, you got to be a hustler to survive," she says.

The commitment to bringing people joy through bounce has pushed Freedia into collaborations with Beyoncé, Diplo and RuPaul Charles ("I did not come to play with you hoes," she yelled during the "Formation" music video as Queen Bey posed in black Southern Gothic attire. "I came to slay, bitch."). It's not always easy though – in January, Freedia's brother Adam Ross was fatally shot in New Orleans. Freedia cancelled her show that week, but it wasn't long before she was on stage again. Bounce music and its ass-jiggling properties have the strength to heal, and you best believe it.

"I find strength through prayer and my family and my fans all around the world," she says. "I just keep God first in everything and everything works out for the best. ... I just want people to have fun and enjoy life. That's what it's about for me. I take all the pressure in the world and just express it through my music. On the stage, I just flip my switch, and I turn from Freddie into Freedia, lay my hair down and have a good time. That's what I want my fans to do."

The Queen Diva has a pretty busy touring schedule, but Orlando Weekly did get a few minutes to catch up on her new music and latest projects.

Your newest song "Best Beeleevah" is this cool mix between your style and the 1961 Harry Belafonte song "Jump in the Line (Shake, Señora)." Where did the inspiration for this come from?

Well, I was just wanted to do something fun and cool. I thought it would be a great idea, incorporate some new sounds along with my bounce. I also have another single coming out March 30. I try to keep it authentic to what I do, but I'm trying out some new things, and I'm excited.

You have a new album coming out soon?

It's called Third Ward Bounce, and it's coming out sometime in June. I feel really blessed to be able to work with so many great people. I'm listening to different sounds to incorporate – I'm doing one song that has a whole gospel bounce feel, another one with a kind of bounce trap feel. I'm still the Queen of Bounce, but I want to step into new directions and keep pushing it even further.

You've talked about the "power of the ass" as a type of freedom ...

Well, you know the ass has power – if it's dancing or whatever it is. I am able to express myself through the power of ass. I'm very expressive through my ass. This is how I make my living, so I'm using my ass a lot in a good way.

Also, I give people the freedom to express themselves, to be able to twerk and pop and dance without being judged. At my shows, it's a safe, free zone where you can express yourself no matter who you are – black, white, straight or gay. You can have a good time and not be judged. mcordeiro@orlandoweekly.com