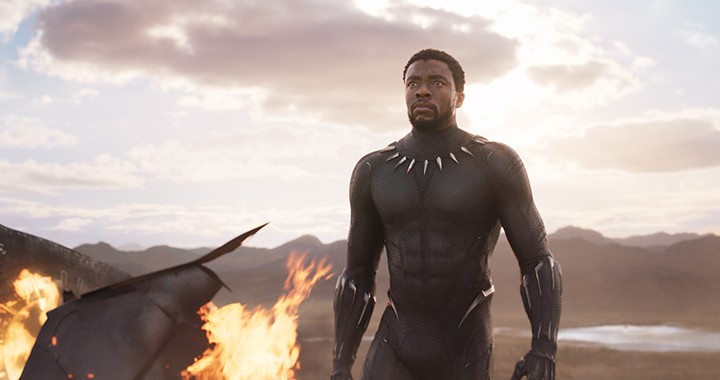 In some ways, the debut of Marvel Studios' Black Panther film mirrors the character’s first appearance in print. Then, as now, the Black Panther’s debut marks a transformative moment that acknowledges new expectations around race in America. In 1966, Jack Kirby and Stan Lee introduced the Black Panther in the pages of Fantastic Four issue No. 52. Black Panther was the first black superhero, but not the first African-American superhero (that honor goes to the Falcon in 1969). Nonetheless, the appearance of a black hero personified the realization that 1960s civil rights protest had made its mark. Marvel’s Black Panther arrives at a similar moment. With the cultural dialogue transformed by black activism to stop police brutality, end the carceral state, and fight white supremacy, transferring Black Panther to the big screen had the challenge of getting this iconic character right. There is no question Black Panther is a cinematic success. Under the direction of Ryan Coogler, Black Panther expands the scope of the superhero film through character, setting and a story that delivers the cultural narrative black audiences want (and need).

More than most superhero films, Black Panther works on multiple levels. As a film production, the behind-the-scenes team has done an amazing job of infusing an Afrocentric perspective into the film. Black Panther brings the comic book fantasy of Wakanda, the most scientifically advanced nation on Earth, to vivid life. This hidden African kingdom never conquered by whites is a vivid, fully realized African world. The production design by Hannah Beachler and costume design by Ruth E. Carter melds elements from African societies from across the continent. Adding to the look and feel, the score by Ludwig Göransson evokes cultural depth and director of photography Rachel Morrison provides the kind of fantastic visuals that make everything from African sunsets to Black Panther's spiritual plane at once fantastic and accessible.

This film leverages our broader knowledge of the Marvel Cinematic Universe (MCU) to draw our attention, but this film is solidly about the Black Panther and his world. Dramatic and emotional, Coogler’s direction and the story he co-wrote provides the Shakespearean drama you would expect with a new king as the central character. Yet, because the king is African, and he leads the most powerful nation on earth, questions about identity and power define the film. As played by Chadwick Boseman, T’Challa/Black Panther is dynamic and noble one moment and vulnerable and human the next. Set after the events of Captain America: Civil War, the question of protecting Wakanda defines the film. Is this protection assured by continuing to hide the secret of Wakanda’s wealth and scientific superiority from the white world? Or should they do more? Answering this question compels confrontation from friends and enemies alike.

While villains in the MCU can often seem one-dimensional, Black Panther offers antagonists that reflect differing perspectives. Winston Duke’s scene-stealing turn as M'Baku (smartly updated from his comic form) challenges the Black Panther early on, but Michael B. Jordan’s Erik Killmonger offers a different and far more deadly challenge. Aided by Andy Serkis’ Ulysses Klaue, Killmonger’s villainy is beyond a simple thirst for power. Instead, driven by personal tragedy, Killmonger seeks to challenge oppression around the world. From his mocking scene in a British museum to his condemnation of a Wakandan leadership that ignores black suffering to stay safe, Killmonger offers a political and spiritual challenge tied to black liberation that strikes a chord in Daniel Kaluuya’s W’Kabi and reminds the characters on the screen (and the audience) about wider issues of global inequality.

The supporting cast for the film adds to the emotional narrative and dynamic action. Angela Basset as Ramonda, T’Challa's mother, provides emotional support, and Letitia Wright as Shuri, his tech genius sister, offer funny one-liners along with scientific wizardry that makes Tony Stark look like a toddler playing with blocks. The scope of female characters in Black Panther is worth noting. Nakia, played by Lupita Nyong'o, is a “war dog” or spy that challenges T’Challa to see the suffering in the world and realize his responsibility, while Okoye, played by Danai Gurira, is the general and regarded as the best warrior in the country. Both women offer a vision of femininity and strength that challenges expectations of the men on screen and the audience. Forest Whitaker as Zuri offers emotional heft to his role as an advisor to the king with a tragic secret that drives home the moral dilemma T’Challa faces about Wakanda’s role in the world.

Taken all together, Black Panther is a superhero film that manages to achieve the moments of cinematic clarity that all great films do. It is worth your time and it will spark your imagination.