It appears as though people are taking to Boca like a raton takes to cheese. The Tampa-based boîte that opened in the cursed space on North Park Avenue appears to be perpetually humming with dolled-up MILFs and men sporting untucked dress shirts with contrasting cuffs, designer jeans and leather drivers. How that look ever got popular is one of life's great fashion mysteries, but the folks who re-did Boca's interior deserve praise for sticking to a style trend that works. Sure, the "urban rustic" approach to interior design has become de rigueur – some might even say tired – but it all felt right on this glorious evening when the floor-to-ceiling glass doors were opened out to the street, and we dined in a sort of covered al fresco state.

Our server, whose carefree and informal disposition only added to the airy affair, suggested we start with their fried green tomatoes ($9), a trio of wonderfully crisp rounds topped with tomato jam, pimento cheese and bacon, and we were quite glad we did. Said server also pointed to the Prato-like vertical gardens (trend alert!) – that is, planters ensconced on the restaurant's walls growing herbs and lettuce. Practical? Gimmicky? Edible art? Whatever the case, the Farm House salad ($12) employing panel-grown produce was remarkably fresh, and the roasted beets, farro, apples and Danish blue cheese splashed with lemon-pepper vinaigrette ran the gamut of textures and sweet-tart flavor combinations. 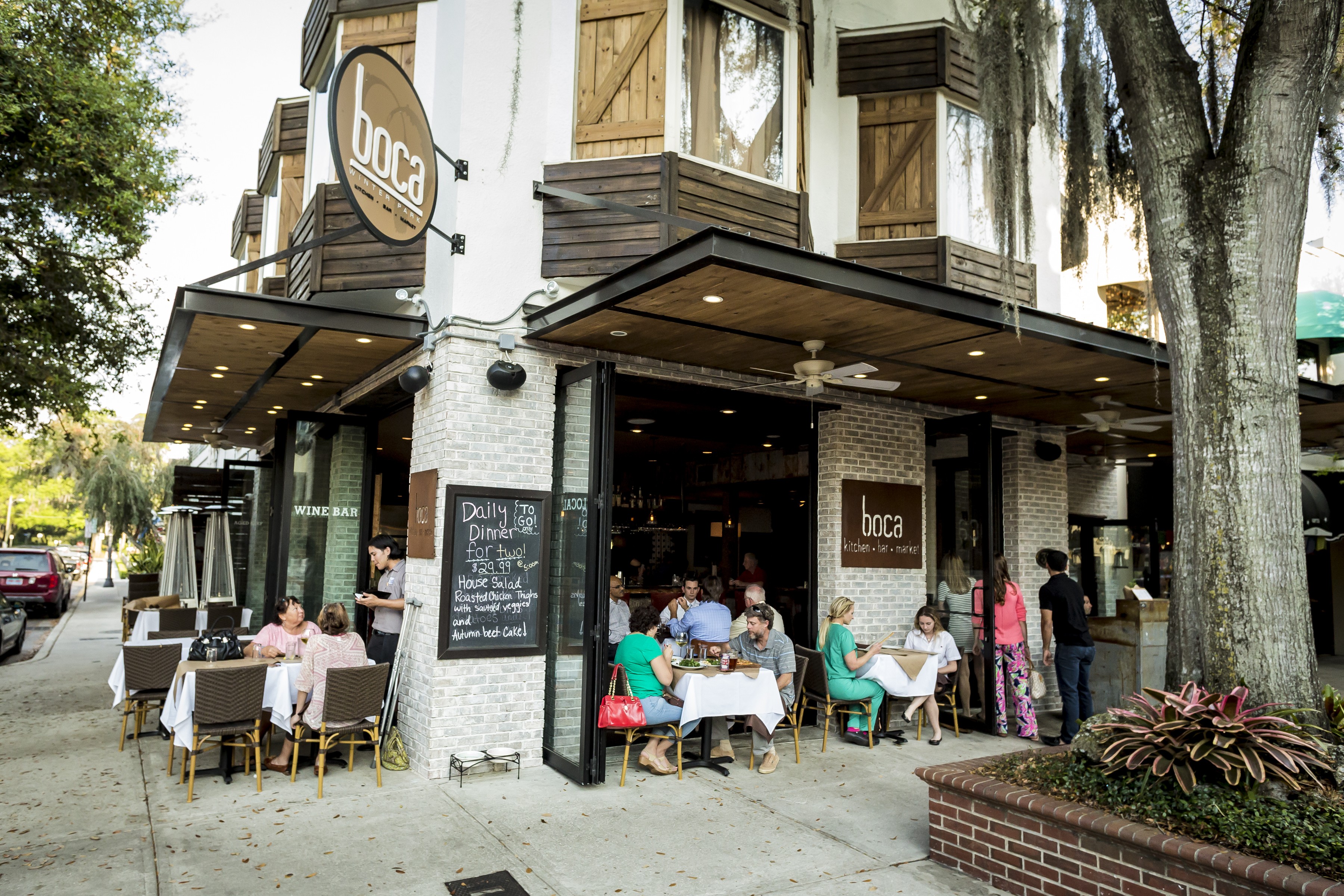 Apart from the cloying cocktails and severely limited beer selections (only three beers were listed on the menu, though our server offered to check what sister resto Atlantic Beer & Oyster had next door), we were quite content as we people-gawked and awaited our mains. At first blush, the bistecca ($30) appeared overdone. At first bite, those suspicions were confirmed – medium-well instead of medium-rare – and the pronounced essence of garlic rubbed into the meat was just a bit too much. Pan-roasted potatoes were fine, though, as was the onion jam. It should be noted that said bistecca was dubbed a "staff meal" – an unspecified, and daily changing, option on the menu. A slight over-searing was the lone flaw in the wahoo ($25), which came nestled over a bed of pineapple salsa. Plate aesthetics took the form of a brush of black bean paste and a cross-drizzle of celery root puree. A nice touch.

The OMG Burger was decent, not particularly noteworthy, but the $17 price tag elicited a WTF. To make things worse, accompanying truffle-Parmesan fries were oversalted. We did appreciate the dedication to local sourcing (and hyperlocal sourcing, in the case of the vertical gardens), though we'd appreciate it even more if those local farms and providers (Deep Creek Ranch, King Farm, Winter Park Dairy, Lake Meadow Naturals, etc.) were listed somewhere on the menu.

The end of our meal was a little disappointing, in that the number of desserts matched the number of beer offerings (three, in case you missed it). That said, we quickly gobbled down both crispy chocolate truffles ($6) and baked raspberry crostata served with thyme ice cream ($7), though we couldn't really taste the thyme.

While any talk of a jinx is being put off for the time being, Boca isn't the sort of place that will necessarily wow you with their offerings. The food here is far from impressive, and considering the scores of deceased restaurants that have failed in this space, is good enough good enough? Maybe.