Our president says he doesn't read, but you should.

The Fire This Time edited by Jesmyn Ward

Like a lot of writers I know, I spent the first month after the election of Donald Trump trying to dig myself out of the abyss into which I had fallen.

For me, one of the ways to get inspired to resist an administration that wants to set back the progress of several decades, and which threatens our constitutional rights, is to do something that the President has told us several times he doesn't do: read books.

I've put together a list of books that gave me, both at the original time I read them and in these uncertain times, a boost to my sense that all is not hopeless. Reading is not direct action, but reading is inspiration, and inspiration gets me up out of my chair.

Obviously, none of these books were written as a direct result of the Trump election, but the stories they tell reveal the various ways in which human beings resist oppression. May they provide you with pathways out of the depressive funk in which the current regime would prefer we remain for the next four years.

Daughters of the North by Sarah Hall

An army of women hides in the north of England. Its members are all escapees from "urban centers" where women have been forced to go. All women have been fitted with devices that prevent them from conceiving; only those lucky enough to win a lottery are allowed to have children, the government's reaction to an environmental crisis that has made life on the island difficult. The sanctuary provides women with reproductive freedom, but as the government launches a campaign to round up the sanctuary members, each member must decide whether she is willing to fight in order to hold onto her freedom. 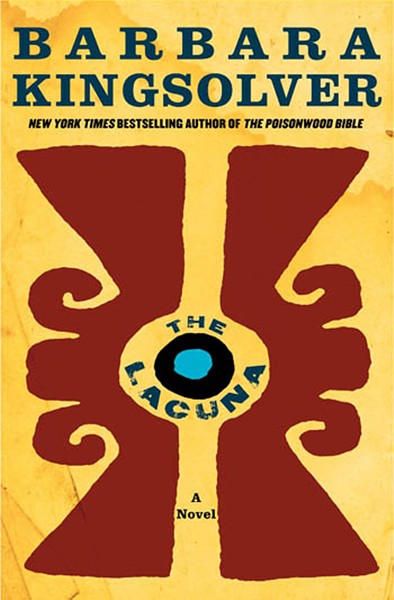 The Lacuna by Barbara Kingsolver

Kingsolver has written a number of books that fit this category, but in The Lacuna, she places her character, Harrison Shepherd, in the household of Mexican artists Frida Kahlo and Diego Rivera. The two radical artists had a friendship with exile Leon Trotsky, who had split with Stalin over the direction of the Russian Revolution. The book's action moves to America, where Shepherd witnesses the unions' struggle for power in the 1930s.

Bartleby the Scrivener by Herman Melville

Yes. That book you vaguely remember having read in high school actually has a message of resistance. Bartleby works as a scrivener, or copyist, for a New York attorney. His one act of resistance – "I prefer not to" – leads to a series of events that results in Bartleby's imprisonment. One of the ultimate stories of the individual's right to determine their own fate.

My Year of Meats by Ruth Ozeki

A funny, sexy story that takes place in both the United States and Japan. A housewife is ordered to prepare meat dishes each night for dinner by her husband. He works for an American company that imports beef into Japan. At the same time, Jane works as a producer for a Japanese television show that is sponsored by the same meat-exporting business. Both women stage protests that cause international ramifications.

Half of a Yellow Sun by Chimamanda Ngozi Adichie

The Biafran Civil War in Nigeria claimed a million lives between 1967-1970. This book, which was awarded the "Best of the Best" by the Women's Prize for Fiction (formerly known as the Bailey's Prize) follows the stories of five characters as it explores the themes of identity and women's agency during times of crisis. One of the best novels that I've ever read.

The Underground Railroad by Colson Whitehead

Whitehead won the 2016 National Book Award for this novel, which plays with the history of slavery in the United States. In addition to making the underground railroad into a literal series of train stations, Whitehead imagines an America where "states' rights" has prevailed and each state has determined whether to hold onto slavery. The book is a subversive response to states' rights activists who argue that state governments are superior to federal governance.

Prior to the Iranian Revolution of 1979, Satrapi and her family lived a middle-class existence in a modern Iran. After the revolution, Marjane found ways to resist being told what music she could listen to or which books she could read. In this graphic novel, adolescent rebellion combines with nascent political awareness to create a new feminist heroine.

During one year, Williams, a naturalist, watched the Great Salt Lake flood and threaten to destroy the delicate plant life and birds that nest on its shore. At the same time, both her mother and grandmother were diagnosed with reproductive cancers. The events appear disconnected; by the end of the book, Williams has shown how we're all tied to one another in the web of life.

Rebecca Solnit has been speaking truth to power for decades, but it was Hope in the Dark that sold out in the days following Trump's election. Rather than allowing anyone to wallow in sadness, Solnit insists that hope is not naive optimism. Hope is "not a substitute for action, only a basis for it." Out in March, her newest book, Mother of All Questions, further challenges those who want to use defeat as an opportunity to lapse into silence. She is especially critical of male silence, which she argues is the price exacted from them for their participation in patriarchy and rape culture.

Living My Life by Emma Goldman

The most dangerous woman in America was stripped of her American citizenship and deported from this country in 1919. Her crime? Speaking out against the draft during World War I. Goldman served two years, from 1917 to 1919, and was then sent to Russia, where she discovered that the Bolshevik Revolution was a betrayal of the workers it claimed to represent. Goldman was a proponent of family planning, an opponent of marriage and a prolific writer. Living My Life is her fascinating autobiography.

We Gon' Be Alright by Jeff Chang

Chang looks at the self-inflicted problems of this century – re-segregation and gentrification – and provides a primer on how these changes occurred, along with creative solutions to the problems he sees. He also looks at Ferguson and Black Lives Matter, and at his own life as an Asian-American man, an "in-between" minority.

The John Carlos Story as told to Dave Zirin

The photo of John Carlos on the Olympic Medal stand is one of the most iconic images of the '60s. In 1968, he and Tommie Smith stood with their arms raised in a Black Power salute during the playing of the American anthem. Before Colin Kaepernick's protests, there was John Carlos (Carlos and Kaepernick are great admirers of each other). The action had lifelong repercussions for Carlos, but he has spent his life dedicated to helping children reach their potential. It's something to read if you're still bummed about Trump supporters Tom Brady and Bill Belichick's surprise victory on Super Bowl Sunday.

The Fire This Time edited by Jesmyn Ward

In 1963, James Baldwin wrote a letter to his nephew that he titled The Fire Next Time. After the murder of Trayvon Martin, black writers contributed essays to this collection, talking about what has and hasn't changed in the 50-plus years since Baldwin's letter. Ward, whose own work as both a memoirist and a novelist is devastating, edited the collection, which includes work by some of the greatest writers working in America today.

We Should All Be Feminists by Chimamanda Ngozi Adichie

In addition to her award-winning fiction, Adichie has become one of the voices of feminism, and this book was adapted from a TED talk that she delivered. Notably, the book was distributed to every 16-year old in Sweden. Adichie doesn't just address herself to a female audience, but also talks to men, whom she sees trapped in a "small, hard cage" of masculinity that keeps them from accessing their full humanity.

If all this rebellious reading has got you stressed out at the end of the day, don't worry: You can participate in a nice, stress-relieving activity like coloring and still find inspiration to fight the power. Wind down at the end of the day by coloring in images of subversive figures who don't conform to the dominant gender narrative! Enjoy hours of fun with these books that feature feisty girls, sensitive boys, and princesses who are not interested in letting down their hair so they can be used as human ladders. Smash the patriarchy with your colored pencil.

Orlando Weekly is a participant in the Amazon Services LLC Associates Program, an affiliate advertising program designed to provide a means for sites to earn advertising fees by advertising and linking to Amazon.com.