Brother Ali gets back to his roots, his fans and doing his best

The rapper discusses ISIS, Gandhi and why he avoids being topical to transcend time 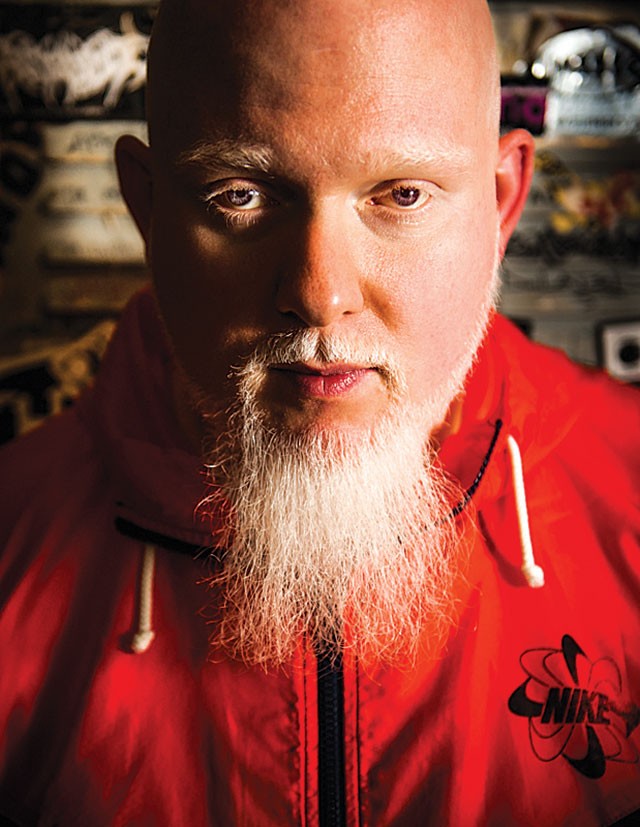 A quarter-century ago, Chuck D called rap the black CNN. While it’s grown more multicultural, its politics have yielded to gritty dramas and lifestyle programming. Rapper Brother Ali is the exception. Ali’s albinism made him feel like an outcast and led him to identify more strongly with African-American culture. Unlike his peers, he’s proven willing to speak truth to power, particularly on his last release, Mourning in America and Dreaming in Color.

A Muslim since age 15, Ali has dealt with visa hassles and had Verizon pull sponsorship from a tour over the lyrics to his song “Uncle Sam Goddamn.” (The chorus is, “Welcome to the United Snakes, land of the thief, home of the slave. The grand imperial guard where the dollar is sacred and power is God,” delivered in a funky patter reminiscent of Gil Scott-Heron’s “The Revolution Will Not Be Televised.”)

While Ali remains vocal on current events as a speaker, writer and activist, he avoids being topical in songs.

“Yeah, I don’t do a Michael Brown or Trayvon Martin song, but, like, more talking about the general themes and concepts behind all this stuff,” says Ali from his home in Minneapolis. “I try to make the music a little more timeless.”

Ali had the fortune to hook up with Atmosphere MC Slug and his homegrown label, Rhymesayers, for his 2000 debut, Rites of Passage. Nurtured by Atmosphere’s guidance and the label’s feel for underground rap, he’s grown into a major artist whose last three albums cracked Billboard’s top 75. Mourning hit No. 5 on the rap charts and No. 6 on R&B. It’s opened a lot of doors for him, but now he’s looking to get back to his roots.

“I’ve been doing festivals, and I’ve been touring with other artists. It’s great and the money is really great, but in terms of just being in a room with just my listeners – I haven’t done that, and I used to do it all the time,” says the 37-year old rapper. “I’ve been doing this other stuff, and I kinda feel I’ve gotten a little bit away from where I started and why I really do this. So I just want to get back in a little club with a few hundred fans and just have that experience that has nothing to do with anything but now.”

It’s not surprising when Ali bristles at the discussion of America’s new terrorist bogeyman, ISIS.

“They say they’re the Islamic State yet the majority of Muslims around the world don’t feel represented by them. Why legitimize them by calling them that, just because that’s what they call themselves,” asks Ali. “If the Ku Klux Klan said they were the Truest Americans, would they call them that?”

Of course, politics is only a pastime; life is what we lead. Ali knows that too, as he demonstrates on Mourning’s most powerful cut, “All You Need.” It goes from castigating his despondent addict wife for neglecting their son, then moves to piercingly explaining to their son his mother’s foster care troubles that probably seeded the behavior. “There’s a whole lot of pain in your bloodline,” he tells him, “but there’s a whole lot of strength in the sunshine.”

Lately, Ali’s been thinking about the process of change and pondering Gandhi’s admonition to “be the change you want to see.” It’s sent him back into his religion and himself.

“I’m still an organizer and I’m still in the street with the people, but my focus has kind of shifted,” he says, before expressing a sentiment that transcends religion. “We’re all just trying to do our best.”