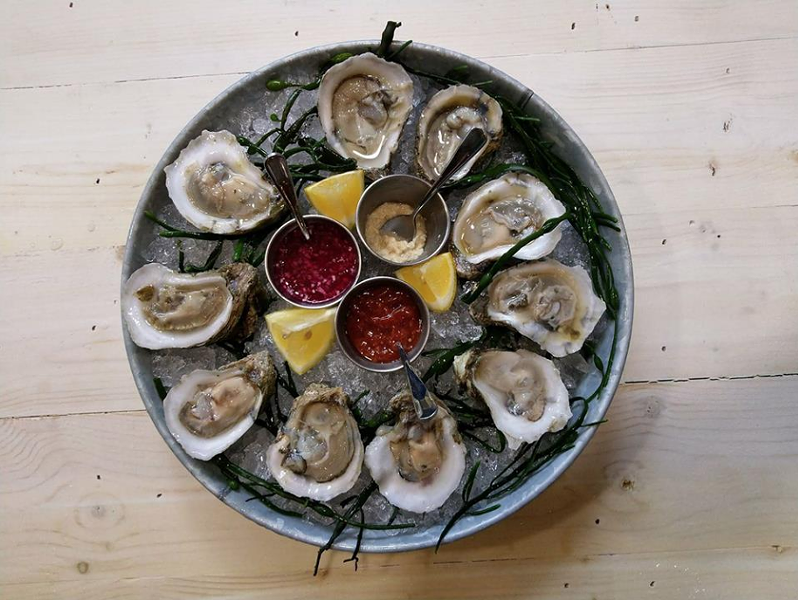 OPENINGS: Chauhaus, the Vietnamese lunch "pop-up" inside Chau Trinh's recently opened Sushi Pop in Winter Park, will debut Wednesday, March 6. The menu will feature Southern Vietnam's greatest hits: pho, bun bo hue, banh mi, duck curry, rice and noodle bowls with grilled lemongrass pork and pork sausage ... Swine & Sons has moved out of their current space and into the Local Butcher & Market just down the road. The new Swine & Sons opens Saturday, March 2, and will feature an expanded menu. And, yes, there will be seating ... Lotus Asia House, a pan-Asian concept by noted restaurateur Karim El Sherif (former general manager and wine director at Restaurant Daniel in New York) has opened at Pointe Orlando ... Metro Diner is serving up breakfast, lunch and dinner on State Road 436 near Howell Branch Road in Casselberry ... Look for Burntwood Tavern, a chain out of Ohio, to open in the old Stonewood Tavern space on Dr. Phillips Boulevard ... Byblos Mediterranean Kitchen (no affiliation with the high-end Byblos restaurants in Toronto and Miami) has opened in the former Paramount Lebanese Kitchen space in Lake Mary.

CLOSINGS: Kona Grill in Winter Park and Pier 36 Fish Camp in Casselberry have both closed.

NEWS/EVENTS: Bruno Fonseca, formerly of Millenia 106 and Hunger Street Tacos, is staging "The Foreigner" – a series of five-course omakase/confiance-style pop-up dinners. The first dinner takes place Saturday, March 2, at the Heavy. Cost is $90 ($125 with pairings) ... Broken Strings Brewery and the Black Cauldron Taproom have, well, broken up. The two brewers shared a space on West Church Street, but Black Cauldron will move out – though they will announce some "amazing plans" soon ... Reel Fish Coastal Kitchen & Bar celebrates Mardi Gras with a three-course crawfish boil Sunday, March 3. Cost is $39 ... Maria & Enzo's stages their version of Carnevale, the famous Venetian pre-Lent festival, until March 5 at Disney Springs. Live entertainment, a special menu, beads, masks and more will comprise the festivities ... The Dinner Party Project's Dana Roquemore has launched a podcast titled "Cocktails & Conversation." Yours truly will be a guest on a future show.