Jewish culture returns to the Enzian for the 14th annual festival 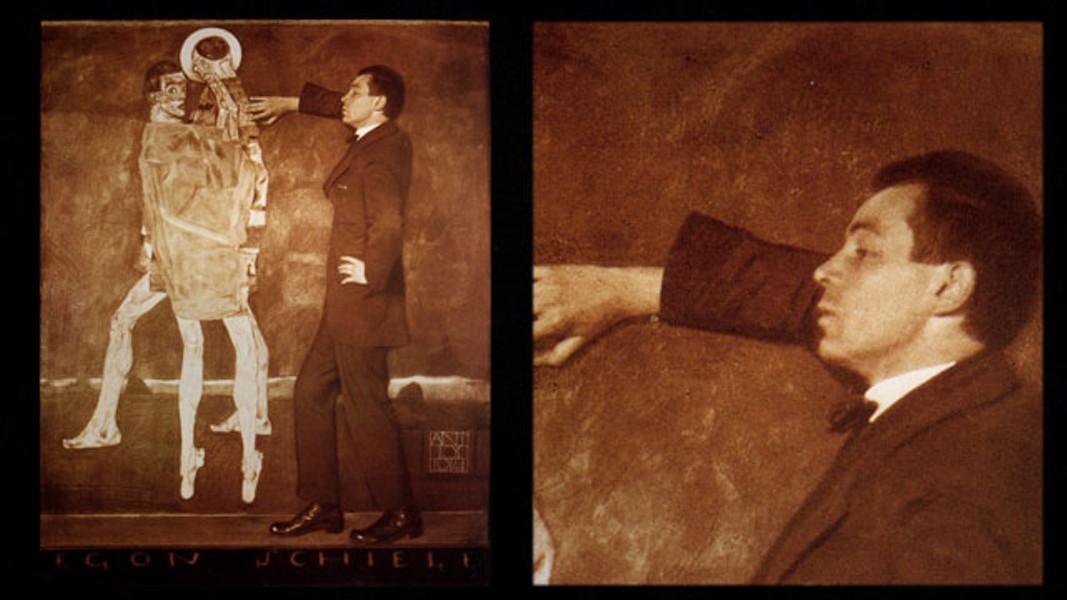 The most popular of Enzian's two-day special events, the Central Florida Jewish Film Festival, celebrates its 14th – and post-Bar Mitzvah year, if you will – with the film and food its patrons have come to expect. With two documentaries and two dramas, the balance seems about right this time, and while not every film is a winner, all four are good fits.

"The two narratives [Foreign Letters and Mabul] kind of open and close the festival, and they're both very different coming-of-age films," says Matthew Curtis, Enzian's programming director. "One's the immigration experience, and one is a really dysfunctional family and growing pains."

Curtis says he and the Jewish Community Center of Greater Orlando, which co-presents the festival, also try to strike a balance among languages, countries of origin and even cultures.

"We've never done the whole thing all Israeli films or anything," he explains. "We look at about 60 to 70 features, docs and shorts to come up with the four films. We will never do, you know, four films from France, or four American films or four Israeli films, [and] all of the films might be of particular interest to the Jewish community here, but we try to show films that also appeal to everyone [and] have universal themes of heroism, family, love."

The festival runs December 2-3 (instead of opening on the customary Saturday, this festival honors the Sabbath by getting underway on Sunday) and offers three payment options. If you have time for just one movie, consider Mabul on Monday at 7 p.m., which will, like the other three films, cost you $10. If you're planning to see all four, the Series Pass ($35) will save you a few bucks and get you second-priority seating. But to experience the festival in style, go for the Mensch Pass for $60 and enjoy first-priority seating.

Regardless of your choice, religion or ethnicity, the festival offers value to just about every moviegoer, despite the fact that the filmmakers will not be in attendance this year. So check out the accompanying reviews for more details, and don't forget to stop by Eden Bar for some tasty potato latkes or a Hebrew National hot dog.

This is the Florida premiere of an American film about a 12-year-old girl adjusting to a new school and a new life outside her native Israel. The Hebrew-English-Vietnamese production, tells the tale of Ellie, played lovingly by Noa Rotstein, and her struggles to fit in with her peers, learn a new language and find a new best friend.

At first, Ellie's emotional world revolves around her family, who left Israel so Ellie's father could avoid fighting in the 1982 Lebanon War. Ellie soon finds a kindred spirit in a Vietnamese classmate who feels equally alone, and they both end up learning lessons of loyalty and trust. Written and directed by Ela Thier, who not only bases the story on her own experiences as a little girl, Letters is touching and occasionally funny, but drifts too often toward a contrived predictability. Perhaps Thier was just a bit too close to the project to pull it off, as its sweetness can't overcome the poor pacing and emotional punch that fails to land.

Walburga "Wally" Neuzil, the beloved mistress of provocative Austrian painter Egon Schiele, was kidnapped by Nazis during World War II and, 70 years later, was still struggling to find her home. If this sounds like the plot of a political thriller, you'd be right, except that the woman in question is not Wally herself but her portrait, which was never returned to its rightful owner following the war, and remained in limbo until just two years ago, when a protracted legal fight finally ended.

Portrait of Wally, written and directed by Andrew Shea, follows the chain of evidence leading to the conclusion that the painting is the property of the heirs of the Jewish art dealer from whom it was taken in 1939. Caught in this chain is big-time collector Rudolf Leopold and the Museum of Modern Art in New York City, which brought the piece to the United States for exhibition in 1997, thus prompting its eventual seizure by the U.S. government as stolen property.

This case was a watershed in the debate over looted art, and this well-produced documentary does introduce some of the larger questions of this debate, such as the role of museums. However, by concentrating primarily on the portrait and keeping its focus frustratingly narrow, it appeals to legal scholars but may become a bit too tedious for the average art lover or historian.

Just when you thought you'd discovered all the heroes of the Holocaust, along comes Nicholas "Nicky" Winton: He's a World War II veteran, now 103 years old who, prior to joining the Royal Air Force in 1939, hatched a remarkable plan to transport Jewish children from Czechoslovakia to foster homes in England. His efforts saved more than 600 boys and girls destined for concentration camps.

Slovak writer and director Matej Minac has told Winton's story twice before, both in documentary and non-doc formats, but never quite like in Nicky's Family. This 2011 documentary focuses not just on the lives of the children before, during and after the war, but also on the lives of everyone their stories have since touched, including that of Winton himself. The result is an interesting historical document and a good illustration of the ripples-in-the-pond metaphor.

"I have a motto that if something isn't blatantly impossible, there must be a way of doing it," Winton proclaimed. Despite that attitude, for 50 years he never realized quite what he had done. Even the children he helped knew nothing of the "British Schindler" until his wife uncovered documents in their attic in 1988 and shared her husband's story.

Despite its clunky reenactments, awkward voiceovers and heavy-handed scoring, the film works because of its story. It may not always know how to say what it's trying to, but you'd be a cynical soul indeed if you completely resisted the emotional grip of Nicky's narrative.

Mabul, or The Flood, is the only true must-see of this year's four offerings. Although the subtle, hyper-realistic style and slight overuse of handheld camera make the movie difficult to fully appreciate in the first half, the metaphorical dam of emotions eventually breaks, engulfing not just the characters but the audience.

A 2011 Israeli film in Hebrew, written and directed by Guy Nattiv, Mabul is, on the surface, a coming-of-age tale of Yoni, a 13-year-old boy who is struggling with Bar Mitzvah preparations while being bullied at school and dealing with dysfunctional parents. But when Yoni's older and severely autistic brother, Tomer, is forced to stay with the family after the closure of his mental institution, the film becomes something bigger: a heartbreaking and powerful portrait of a family on the brink of collapse.

Feeling the stress just as much as everyone else yet bottling it all up, Yoni, played wonderfully by Yoav Rotman, has nowhere to turn. Even his teachers don't know what to do with the brilliant but troubled boy. "What do you think we should do?" his adviser asks him. "You are the counselor," he retorts. "Counsel me."

Combine that biting dialogue with some remarkable scenes of domestic life, throw in some insightful religious symbolism, and you get one of the sharpest commentaries on Israeli society in recent years. You couldn't ask for a much better end to the festival.