Central Florida musicians vie for a spot on the smallest stage in the country, NPR’s Tiny Desk

In 2008, NPR's resident music maven and "All Songs Considered" host Bob Boilen saw indie-folk singer Laura Gibson play an Austin bar during SXSW. The sound was bad, the atmosphere worse. During some post-set chitchat, it was idly suggested Gibson should play in NPR's Washington, D.C., office. Three weeks later, Gibson showed up unannounced, guitar in hand. Boilen and his colleagues hustled to set up some recording gear and clear off a desk – a tiny desk, in fact – for Gibson to play behind. And play she did. Thus was a cultural phenomenon unwittingly born.

Tiny Desk has since become a beloved staple of NPR's music offerings and one of the hottest stages in the country. The premise is disarmingly simple: Musicians turn up, cram themselves around Boilen's cluttered desk in D.C.'s NPR bureau, and play. Frills are at a minimum. A small invited audience leans in close to soak it all up. The performances are then broadcast on YouTube and NPR Music's website.

Spreading out kaleidoscopically from its indie-rock origins, hundreds of acts across genres have played the Tiny Desk, giving it more than its fair share of viral moments and legendary performances: Wu-Tang Clan holding court with a defiant legion of MCs, pop royalty Taylor Swift stripping her sound down to her voice and a guitar, T-Pain proving that he doesn't need AutoTune.

Competition eventually became so intense to play this most revered of cluttered workspaces that Boilen and company began a yearly contest, soliciting videos from musicians all around the country, with the winner getting to take their turn in the spotlight. (Or would that be desk lamp?)

Those who think this goal is out of reach, take note: Orlando's young soul rebels the Sh-Booms entered a video in 2017 and though they didn't win, they parlayed that entry into a feature piece on NPR's national "Weekend Edition" program.

Orlando public radio station and NPR affiliate WMFE 90.7-FM joined in the Tiny Desk fun last year, staging a local version of the concert with a culminating showcase at the Abbey. Unfortunately, a live gig this year is out of the question, but the showcase will continue online and musicians will be interviewed by WMFE hosts Talia Blake and Nicole Darden Creston.

"I've been a fan of Tiny Desk for a while now," enthuses Blake (whose regular gig is hosting WMFE's broadcast of "Morning Edition"). "I love seeing my favorite artists in that intimate setting. It makes me feel like I'm right there in the room with them. My goal is to see a performance live one day at NPR Music."

The 14 finalists were chosen by WMFE staffers from 47 total local submissions, and then local voters chose their five favorites from that group. This year's slate of finalists, both bands and solo acts, cover an impressively wide swath of popular music. They did Orlando proud, to put it more directly. It's all a labor of love for WMFE's Tiny Desk crew.

"From the planning to seeing how many entries we get to talking with the artists who are passionate about their craft, I enjoy every minute of it," says Blake. "I was amazed at the number of entries that came from Central Florida. It really showed me how talented our region is."

The Tiny Desk format of lo-fi, at-home performances has a particular currency at this moment. This is the only live music many of us can experience in these physically and socially distanced times.

The final Tiny Desk: Orlando Favorites showcase of this year's finalists, complete with interviews and Zoom performances, will happen at 7 p.m. Friday, June 26, on WMFE's Facebook page (facebook.com/907news) and will be broadcast on WMFE 90.7-FM the next day.

The five finalists for this year's local Tiny Desk competition are all over the music map, a mix of new and familiar faces who represent Central Florida's diverse musical community. The final tally of desk appearances in these videos is three.

E-Turn, "What Is It All For?"
Orlando hip-hop all-star E-Turn sits behind a desk with a sampler and a mic and lays down dizzying rhymes to an audience of one cat. 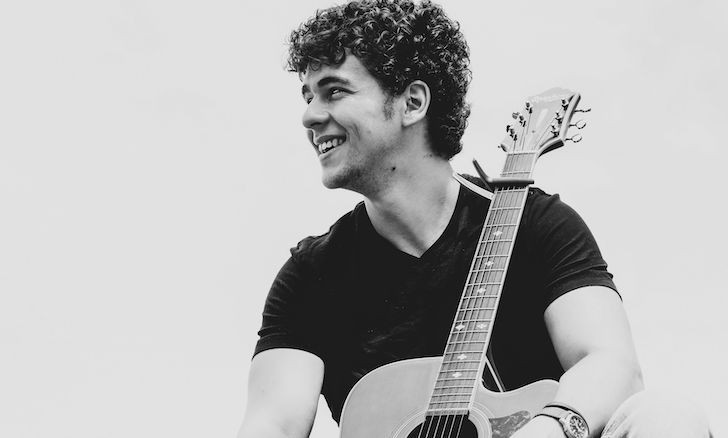 _
This story appears in the June 17, 2020, print edition of Orlando Weekly. Our small but mighty team is working tirelessly to bring you news on how coronavirus is affecting Central Florida. Please consider supporting this free publication with a one-time or monthly donation. Every little bit helps.