Maitland Art Center sits a little taller, a little prouder, on West Packwood Avenue as a newly named National Historic Landmark, and its galleries have never looked better. Inside them now, Clyde Butcher's luscious, gigantic photographs of the mysterious jungle that still lurks in parts of Florida fill the eye. Known as "Florida's Ansel Adams," Butcher elevates Florida to the same level of power and majesty as Adams did the American West. It's an exaltation Florida deserves.

Butcher, an internationally acclaimed fine art photographer, put to rest the common complaint that Florida is too flat and boring as a subject for artists. Trained as an architect, he fell in love with photography instead; when his 17-year-old son was killed by a drunken driver, he took his large-format view camera and retreated into the swamp. There he sought meaning for the events of his life, examining the bone-like trunks of cypress trees, the black water and the featherlike grasses stretching to impossibly far horizons. 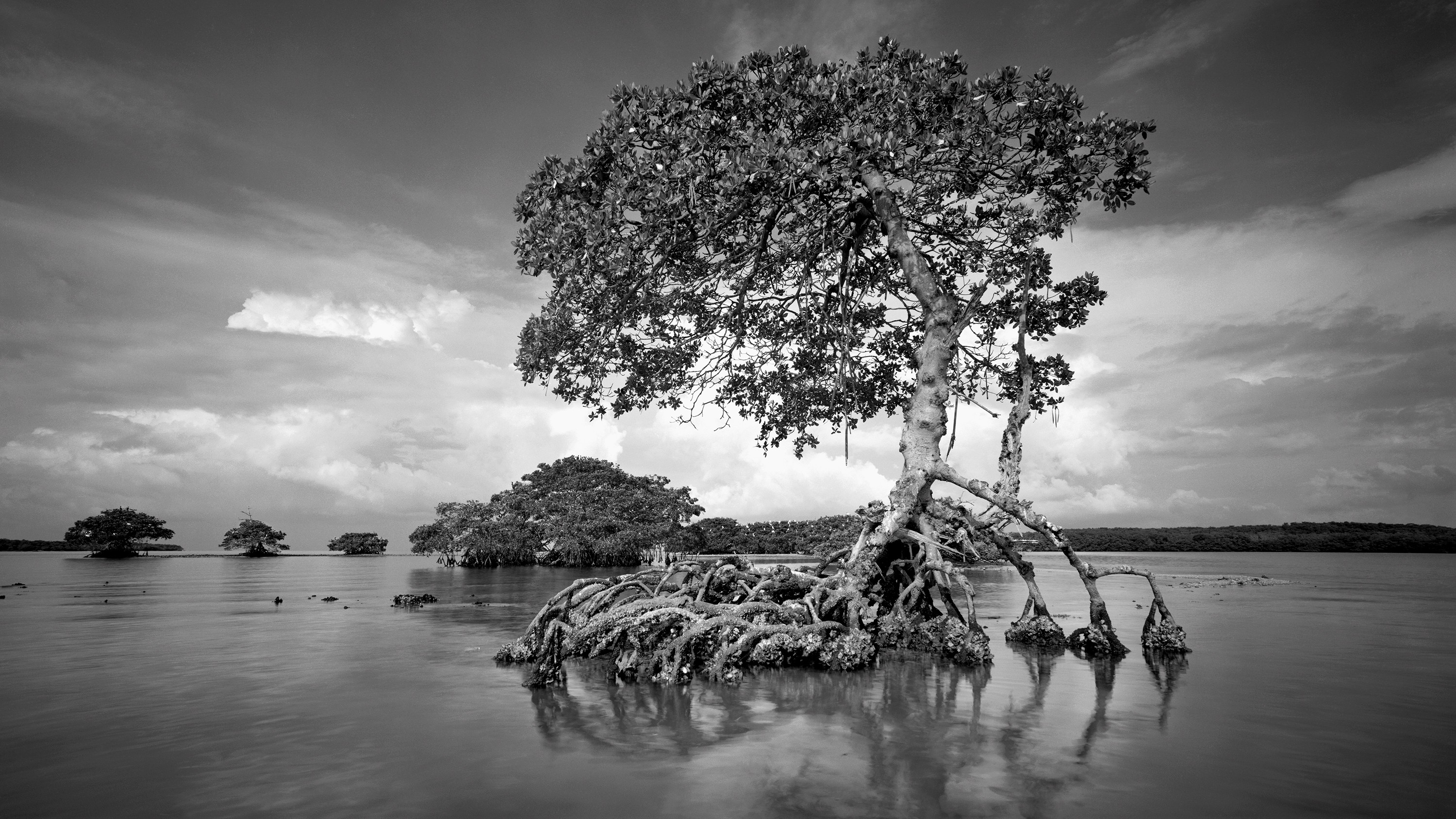 In MAC's main gallery, seven very large black-and-white photographs hang, big windows into the Everglades' personality and soul. At the end, "Gaskin Bay 5" draws you in. Two jaggedy, stunted clumps of trees in the foreground warn the viewer this isn't a manicured garden, beckoning with withered crones' fingers toward the far, dark bank across softly undulating waters.

Butcher caught a sky with clouds that somehow echo the shapes of the trees, and a sense of quiet, epic narrative hovers on the surface of the image. All of his photos do this, but each is unique in its story. The shapes carved by sunlight are somehow so creamy and soft, you want to eat these photographs. In the next room, more cypress trees loom, interspersed with photos of California and Oregon. These prepare you not a whit for the last room, an installation by Michael Covello titled "Hound on the Moor." The somber, dignified part of this Art Center experience is over. All six surfaces of the room are painted in a furious, colorful geometric pattern-on-pattern that comes out of the walls and into the space, with erratic, angular wood trim and wire scattered everywhere. It's as if the art itself revolted against its frames and the canvases it sat in, and just took over. The experience, once you don the headphones to listen to an earthy electronic soundtrack by Unified Sounds, has a pretty strong vibe.

Tampa artist Covello is going for the surprise factor here, shocking your senses and leaving you uncertain about what is art and what is gallery. The one-two punch of Butcher and Covello leaves you with a sense of the timeless and the new, and a sense of experimentalism in staid Maitland finally awakening.