Coco, Pixar’s love letter to Mexico, is their best film in years 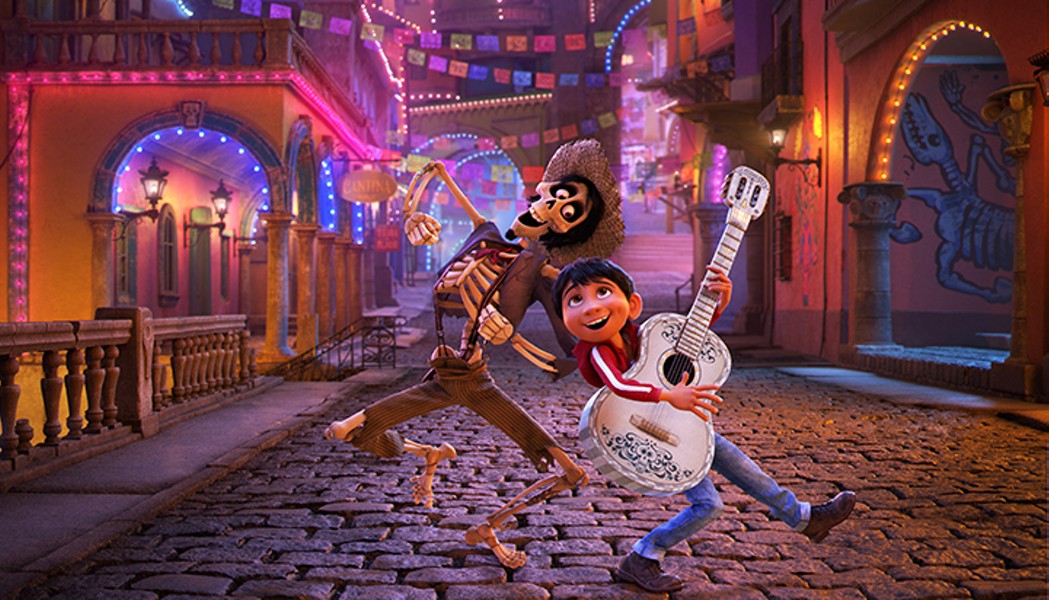 Poorly planned moves on the part of Disney almost derailed Coco, the newest film from their Pixar Animations Studios subsidiary, early in its development. The film was decried as a rip-off of Jorge R. Gutierrez’ 2014 animated film The Book of Life, since they both shared a Día de Muertos-inspired look and setting, even though Coco was announced as a project two years prior to Book of Life’s release. Then Disney attempted to copyright the phrase “Día de los Muertos,” since that was Coco’s original title. People were (rightly) up in arms over an American company trying to claim the name of a Mexican holiday for their own. The company wisely dropped the claim and changed the title of the film to Coco, which ends up being a much better title for the film for reasons that are minor spoilers. Despite the early controversies and worries about cultural appropriation, Coco has ended up being a triumph for Pixar and Disney, already setting the record for the highest grossing film in Mexican history. And it’s easy to see why: Coco is easily the best original property Pixar has come up with in roughly a decade.

The film tells the story of Miguel Rivera (Anthony Gonzalez), a 12-year-old Mexican boy who is obsessed with becoming a musician like his hero, Ernesto de la Cruz (Benjamin Bratt), a hometown hero who became a famous troubadour in the 1940s before being crushed onstage. The only problem with Miguel’s dream is a generations-old ban on music within his family, begun when his great-great-grandfather abandoned his family in pursuit of musical fame.

Miguel ends up putting the pieces together and realizes that his deadbeat grandsire and the famous de la Cruz are likely one and the same. This leads him to the tomb of de la Cruz on the night of Día de Muertos – the traditional Mexican holiday honoring dead family members – in order to borrow de la Cruz’s guitar to perform in an annual competition. What Miguel gets instead, though, is a curse laid upon him, whisking him away to the land of the dead.

In order to return to the land of the living, all Miguel has to do is get one of his family members to give him their blessing, but since Mamá Imelda (Alanna Ubach), Miguel’s great-great-grandmother, who instituted the family ban on music, will only bestow the blessing if Miguel agrees to forsake music, he goes in search of the long-lost Ernesto de la Cruz to receive his blessing instead. Along the way, he enlists the help of Hector (Gael García Bernal), a sneaky spirit who desperately wants to return to the land of the living to visit his daughter before she forgets about him. You see, in this version of the afterlife, as soon as there’s no one left to remember you, your spirit dissipates in what the dead call “the final death.”

The themes of memory and death run through Coco, often pointing to the fact that neither is quite as absolute as it seems. Memories are prone to different interpretations depending on one’s point of view, and our loved ones live on in our memory after death. It’s some heavy stuff for a family movie, but director Lee Unkrich has sucker-punched the audience with adult themes wrapped up in supposed “kids’ stuff” before in Toy Story 3. For that reason – and some slightly scary scenes involving alebrijes, psychedelically colored fantastic beasts that serve as spirit guides in the land of the dead – Coco gets a PG rating, meaning that parents may want to think twice about taking the littlest ones to the theater. Frozen this is not.

Robert Lopez and Kristen Anderson-Lopez, the songwriters behind Frozen’s musical earworms, however, penned one song for Coco, “Remember Me.” The track is delivered several times – in several styles – throughout the course of the film, gaining new layers of meaning with each interpretation – and if you don’t need a tissue by the time it’s played for the last time, you might be in dire need of a cardiologist.

There’s so much to like in Coco – the music, the characters, the visually stunning necropolis, the universality of its message – that its few flaws – mostly a plot point or two that could have been cleared up with the slightest bit of communication between characters – are easily overlooked. It’s easily Pixar’s best film in years, and – fittingly – the memory of it will stay with audiences long after they leave the theater.