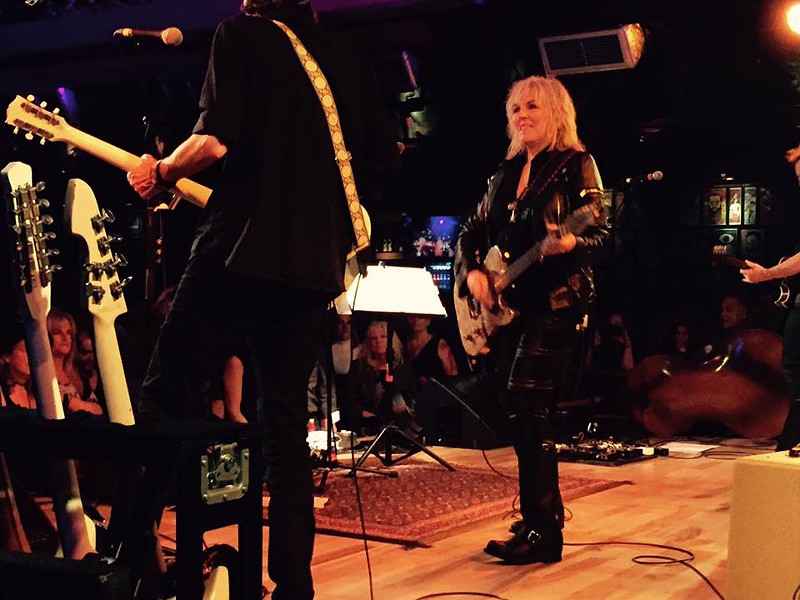 The Fritz
Funk-rock army from Asheville scales it down from the festivals they usually play to lay it on the line in the cozier climes of the Social.
8 p.m. Wednesday, March 1, at the Social, $10

Lucinda Williams
Seminal country singer-songwriter Williams is up there with Townes Van Zandt and Steve Earle in an alternative pantheon of country music where grit and darkness checkmate radio-friendliness and Walmart.
7 p.m. Friday, March 3, at Plaza Live, $39.50-$59.50

OG Maco
Atlanta MC made his name on the almost unbearably tense but catchy single "U Guessed It," but he's here for the long term. Catch him with Young Greatness and Levi Carter on this stop of their Desperado world tour.
6 p.m. Saturday, March 4, at Backbooth, $20-$65

Thelma and the Sleaze
Power sludge guitar/drums duo not only has an incredible band name (which took us two minutes longer to get than it should have) but a potent sound that combines Babes in Toyland with Dead Moon.
8 p.m. Monday, March 6, at Will's Pub, $5

Toranavox
NYC high-energy metal duo does less with more, still whips up a storm of noise. Headlining a Punk on the Patio seems like a natural, but still intriguing, fit.
8 p.m. Tuesday, March 7, at 64 North, $5