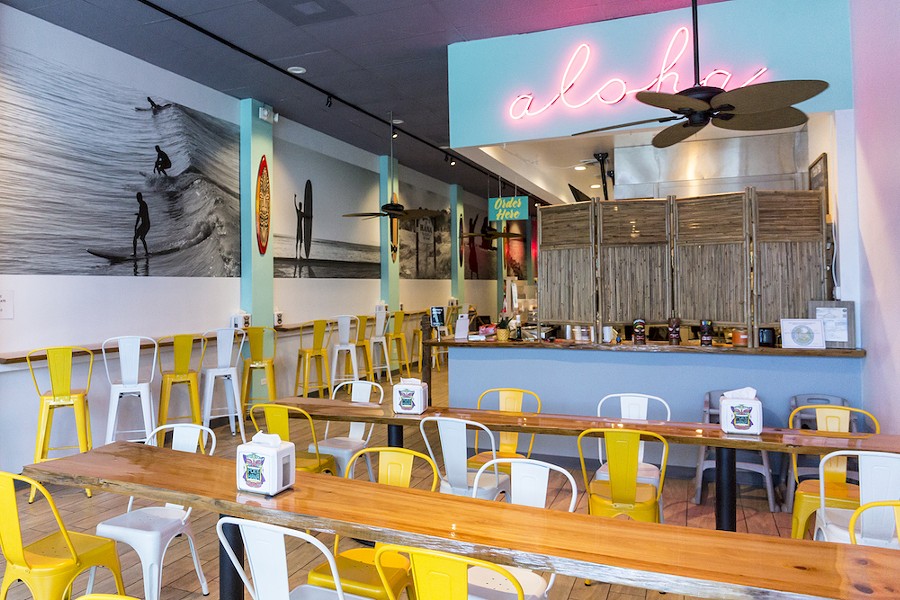 You can thank good ol'-fashioned government bureaucracy for bestowing Poke Hana on Mills 50. The space was on the verge of becoming a lobster roll joint before the city's lengthy permitting process gave the owners, who also run popular bunnery King Bao, pause to reconsider the concept. So, yeah, Hawaii edged out New England, just as it edged out Massachusetts, Connecticut and Vermont in being named the healthiest state in the country. Since 2008, in fact, Hawaii has taken top spot seven times in United Health Foundation's rankings and, no doubt, diet has been an overlying factor.

Florida's best showing came last year when it placed 29th in the nation – and maybe, just maybe, Hawaii had a small hand in that, given how lolo we all are for poke. As the craze swells across the state, poke purists can only watch the dish get appropriated, embellished and marketed to the clean-eating, bowl-loving sector – sacrilegious toppings and all. 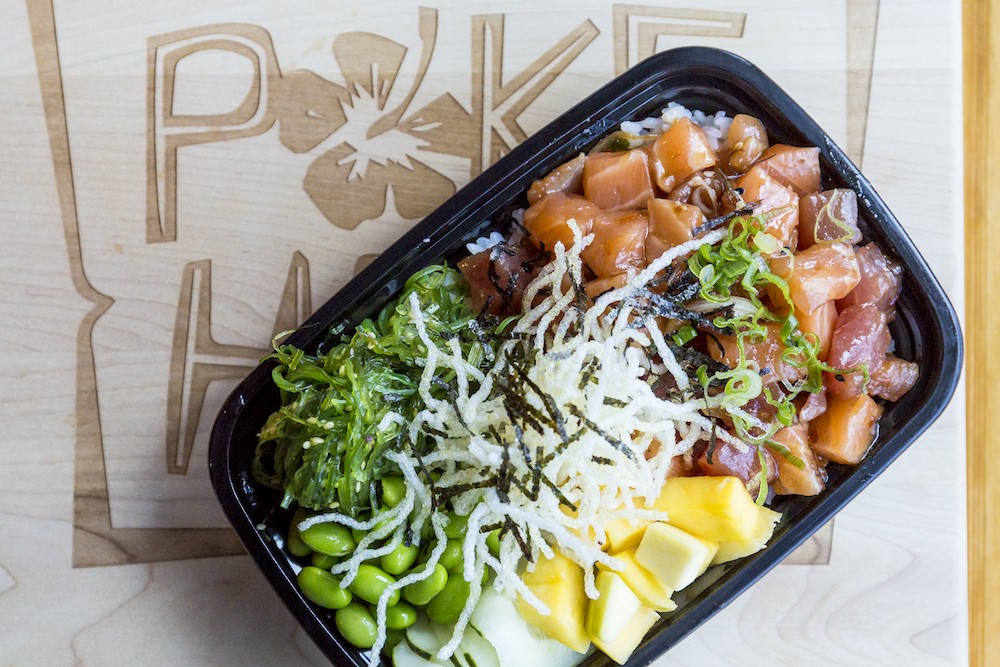 Oh, it's not so bad – not here at Poke Hana, anyway, where there appears to be a deep respect for Hawaii's contribution to the culinary industrial complex. A ruby mound of ahi – poke's traditional fish of choice – lends photographic worth to the "Maui Wowie" ($13), a bricolage braced with pickled cucumber, seaweed salad, edamame and fried onions cloaking a mass of brown rice. The ahi is simply sauced in soy, sesame oil and honey to, you know, keep it real. It's everything a classic poke experience should be, minus the beach view, though surf competitions airing on the big screen and large photos of surf life make an effort. The tables are narrow, and they resemble longboards, but I dig the form-over-function planks almost as much as the octopus-laden "Tako Very Much" ($14) with fried noodles. The kimchee sauce (gasp!) was absolutely amped, so much so that one of the guys behind the counter insisted handing me a side of the liquid heat for the taco ($3.75) I ordered. Taco? Don't be so shocked – it's not like they're serving activated-charcoal pizza with their poke. FWIW, their tacos employ a crackly rice shell and come stuffed with everything from pulled pork to spicy salmon to fried tofu. I tore into the "hei hei chicken" taco, sending sesame seeds and fried scallions scattering. The taco vanished in a few messy seconds, necessitating a quick wipe of splatter (likely avocado crema, spicy aioli or both) off my mouth and a long swig of Hawaiian Sun Strawberry Lilikoi ($2). That stuff is gooood.

In true Hawaiian fashion, you'll find Spam musubi ($3) and butter mochi ($3) near the cash register, but vegans can indulge in a nori-wrapped rice block as well. Just ask for the fried tofu ($3) version (it's got a nice little crunch), and a little more of that kimchee sauce. Acai bowls ($9.50) get their fair share of real estate on the menu, but to deny yourself a serving of Dole whip ($3) would be akin to dick-dragging a barrel wave like a junkyard dog with noodle arms. That is, totally not tubular. Mahalo!