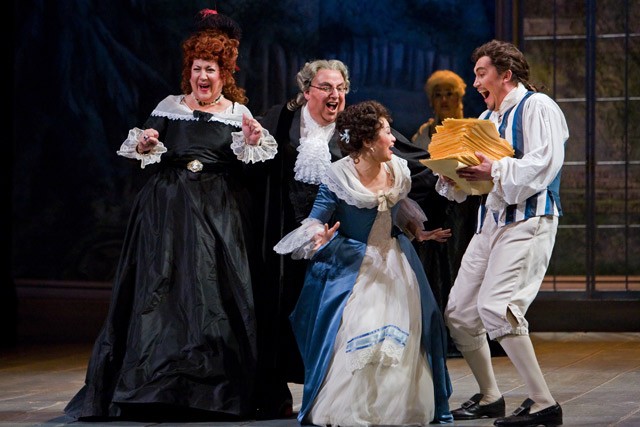 You can never go wrong with a Mozart opera – his work possesses that rare combination of compositional genius with pure pop sensibility. The Orlando Philharmonic takes advantage of Mozart's can't-miss fairy dust with their production of The Marriage of Figaro, playing this weekend at the Bob Carr. As O.Phil PR director Emily Lindahl points out, "It's a 200-year-old opera, but has all the drama of your typical HBO series – an engaged couple with a sexual predator for a boss, his abandoned wife, a teenager who gets thrown into the military for sleeping with the gardener's daughter, a bitter old spinster and her lawyer trying to ruin the groom." We're thinking it sounds more Bravo than HBO; opera buffa is the longhair term for this brand of racy, satirical comic opera, but today we might dub it opera realtà televisiva.

On the other hand, when you're the Metropolitan Opera, you can afford to tackle more stringent material, like Thomas Adès' The Tempest. Saturday brings a live broadcast of Adès himself conducting the Met debut of his 2004 operatic reworking of Shakespeare's spell-woven tale of shipwreck. The play is an unusually traditional libretto for Adès, an acknowledged star of modern classical composition, but he addresses it with characteristic beauty and weirdness – a good match for the tale of the island-bound trio (exiled king/bad dad Prospero, disaffected daughter Miranda and sad monster Caliban). This staging also features the spectacular contributions of Ex Machina, a multidisciplinary company of singers, puppeteers, acrobats and effects designers who collaborated on the Met's stunning production of Philip Glass' Satyagraha last year. The Met's live HD broadcasts in local movie theaters give almost a better experience than actually being there, offering close-up angles, all sorts of extra programming in the intermissions and ready access to popcorn and Raisinets – well worth the price of admission.

The Met: Live in HD presents The Tempest