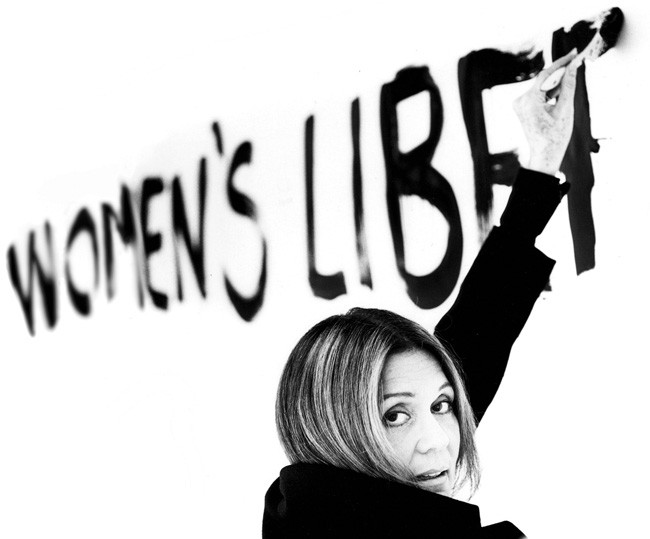 In an era where young women are confident enough in their freedom to laugh off this kind of mildly creepy (or maybe just sex-positive?) commentary on their sex lives, voices like those of Gloria Steinem and Patricia Schroeder can be hard to identify with. But in the year that Steinem co-founded Ms. magazine and Schroeder became the first woman elected to Congress from Colorado – 1972 – neither of those women could hold a credit card in her own name. Until the Equal Credit Opportunity Act of 1974, cards were issued only in a husband’s name or required a father’s co-signature. It’s kind of difficult to buy a plane ticket (or a vibrator) without your own credit, and that’s not ancient history; it was just 37 years ago.

Clearly some good old-fashioned consciousness-raising is in order, and this weekend Rollins College and the Winter Park Institute host a forum featuring Steinem, Schroeder, the Guerrilla Girls on Tour and members of the Veteran Feminists of America. Steinem kicks things off with a solo talk on “Women Today” (7:30 p.m. Friday at the Alfond Sports Center). “Still Moving That Mountain: Feminism, Past and Future” offers a full day of panels and talks on direct action, coalition-building techniques and the importance of political engagement (8:30 a.m. to 5 p.m. Saturday in Tiedtke Concert Hall at Keene Hall).

Partway though the forum, Steinem and Schroeder lead a discussion of “Our Journey to Equality” (2 p.m. Saturday), and the day wraps with a performance of Feminists Are Funny, a play by the Guerrilla Girls on Tour (8 p.m. Saturday). These feminist activists, who fight with humor and panache for equal representation of women in art, asked in 1985: “Do women have to be naked to get into the Met? Less than 5 percent of the artists in the modern art section are women, but 85 percent of the nudes are female.” The question is sadly still relevant, though current exhibits at Rollins’ Cornell Fine Arts Museum by Heyd Fontenot and Kim Russo, along with a couple of dozen works by women from CFAM’s permanent collection, work to redress the imbalance.

(Feminist Forum events are free and open to the public. More information on all events can be found at rollins.edu/wpi or by calling 407-691-1995.) – Jessica Bryce Young