And then there were naan 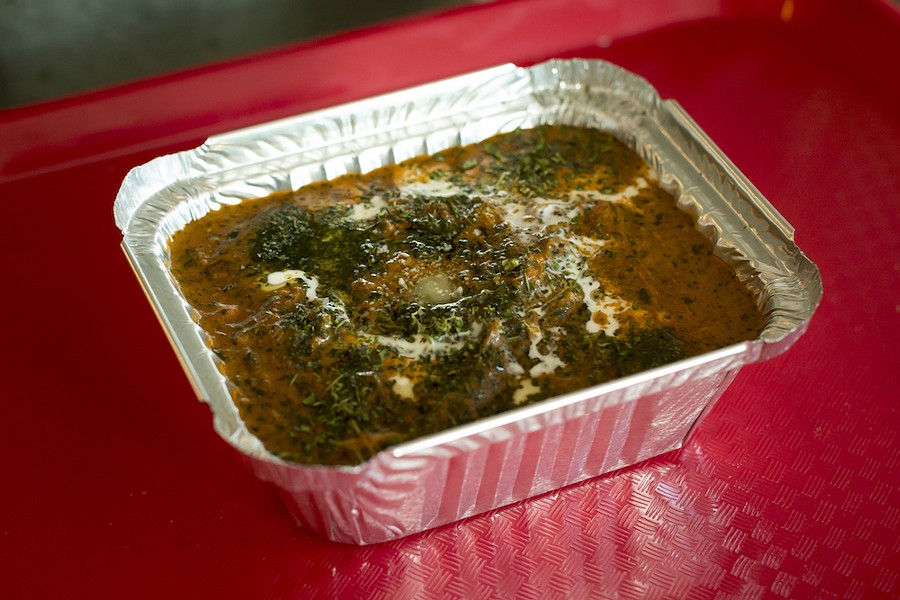 Picturing Pooja Patel and Jasmeet Kaur – Forever Naan's charming 20-something proprietors – opening a gas station is a difficult image to conjure. And that sounds a bit like a non sequitur, so allow me to clarify: The two besties once considered managing a petrol pump as a viable business venture, but kismet intervened and presented them with a space recently vacated by a pizza joint. The thought of opening a small curry shop like the ones they often visited while living in San Francisco seemed like a perfectly good idea and, thus, Forever Naan was born. Not that Patel and Kaur wouldn't have been capable of running a local Citgo or Chevron, but for Orlandoans to miss out on their Indian dishes would've been a bloody shame.

Why? Because the curries here are all made from scratch, for one. Spices are individually toasted and ground before being used to ignite Forever Naan's heady veg and non-veg gravies (all of which are made to order, by the way). So chill and take in the surroundings while you wait for the heat to come. Maybe peruse the Bollywood wall of movie posters. Fans will get a kick out of the Deewar print – featuring the moody, pensive mug of Amitabh Bachchan – in particular. And more prints line the back wall as well – seeing a poster of Amar, Akbar, Anthony brought back memories of watching the movie at the Donlands Theatre in Toronto when I was, oh, 7 or thereabouts. My parents would drag me to watch Indian movies on Saturday nights, even though I didn't understand a lick of Hindi. When there were subtitles, I still managed to fall asleep, but afterwards, we'd go to Chandni Chowk next door for pani puri, kebabs and paan and all was OK with the world.

I caught myself in that nostalgic reverie as I downed one samosa ($3.95 for three), then another, and another. These were my kind of samosas – delicately fried with a not-too-thick shell. And spicy. Recipes for the pastries, as well as the dozen or so menu items, were passed down from Patel's and Kaur's mothers and grandmothers, and they're rightfully proud of their creations. Rich, elegant butter chicken ($9.95) was an immediate hit, served with rice (tinged yellow from the addition of turmeric) and butter naan. From the veg offerings, a creamy, tomatoey chana masala ($9.95) did the trick, though potatoes would've lent the chickpea curry an added dimension. It's also served with rice and butter naan (garlic naan is available for a $2.50 upcharge).

About that naan – it's not made in a tandoor but, rather, griddled on a tawa (a flat cast-iron pan) which doesn't result in the usual soft, blistered naan with a poofy texture. That said, a tandoor has been purchased and will be implemented next month, along with an updated menu of vegan curries, breads and street snacks (think pani puri and kebab rolls). There are sweets to be had – I indulged in both syrupy gulab jamun ($3.95) and a mango lassi laced with fennel seeds ($3.50) – but my hope is that more will be offered (kulfi? barfi?).

Nevertheless, Patel and Kaur have a good thing going, and expanding the menu should bode well for their fledgling little eatery. If their venture is indeed fated, then I'm sure opening a curry shop on Curry Ford Road is an irony not lost on them.