Dancing with the stars 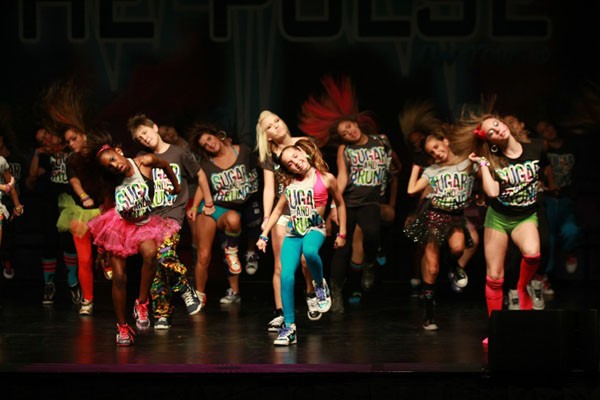 Some of the most sought-after names in choreography descended upon Orlando last weekend to teach at the Pulse dance convention, which kicked off its 16-city tour at Orlando’s World Center Marriott on Nov. 6. Attendees of the event – which attracted a crowd of about 800 dancers, from aspiring teenagers to seasoned professionals – got a glimpse into the intricate world of dance, far beyond what’s revealed on TV dance-reality shows like So You Think You Can Dance and Dancing with the Stars.

The Pulse, created a little more than five years ago by dance professionals who wanted to bring the hottest choreographers and instructors on tour to offer dance workshops in a non-competitive format, has met enormous success. This year’s convention was led by former Pussycat Doll Carmit Bachar and included classes led by six celebrity choreographers. Many members of the faculty, in fact, are the stars of the reality dance-show craze: Mia Michaels and Tyce Diorio, Emmy-award winning choreographers and judges for SYTYCD, for example, took center stage at the Pulse; Chris Judd of MTV’s Made and Dave Scott from You Got Served both showcased their moves as workshop leaders as well.

Divided into intermediate, advanced and advanced/professional rooms, participants (most of whom appeared to have at least some dance training) listened to the celebs tell them what it takes to succeed. Michaels lectured on the importance of artistry in dance, urging dancers to build strength at the ballet bar to become a powerful “beast” that uses the body to tell a story through movement. Diorio, meanwhile, taught stylized and sassy steps, charming observers with his musically driven movement and ever-so-slight arrogance (“You have to look at yourself in the mirror everyday and say ‘I’m a star,’” he told his students). Desmond Richardson, artistic director of nationally acclaimed New York City-based Complexions Dance and one-time guest dancer on SYTYCD, captivated his class with his perfect technique and sculpted body.

Where most of the TV shows that have made these dancers famous whip up drama and competition to make modern dance more captivating for mainstream audiences, the mantra of the Pulse is “This is not a competition.” Unlike many dance conventions that stage hair-pulling and trophy-littered contests, the closest Pulse comes to asking dancers to battle onstage is in its performance showcase, in which groups pay to dance in the show and receive written critiques from the faculty.

Most of the performances in the 90-minute showcase were mediocre. It was clear which dancers paid to perform – flailing arms, missed steps, a general lack of cohesiveness in clichéd performances (one of which was set to Lady Gaga’s “Poker Face” and had dancers seated around, ahem, a poker table) – and which were professional choreographers’ assistants who took the stage to pique the crowd’s excitement with energetic, thrashy numbers.

The division between amateurs and professionals was reflected in the process used on shows like SYTYCD, in which the first few episodes show the worst dancers being weeded out by judges and the finale flaunts the most talented dancers. Throughout the Pulse showcase, the audience weeded out the amateurs, giving them little applause while consistently cheering for the pros that closed the show. Throughout, Pussycat Doll Carmit insisted that the audience should “clap for everyone,” because this was “not a competition.”

But a total of $30,000 in scholarships was at stake, to be awarded to the best dancers in the classes over the weekend. That made the competitive vibe – no matter how slight – inescapable.