Kat Dennings does her career no favors in derivative drama 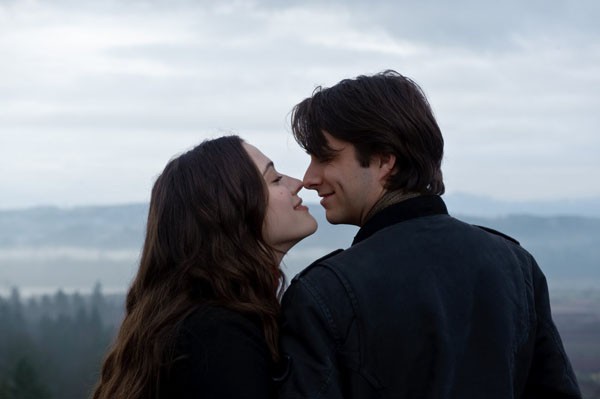 First films are a notoriously tricky proposition, and in Michael Goldbach’s debut film, Daydream Nation, just released on DVD, the director has stumbled into every predictable pitfall along the path.

The film finds a city girl, Caroline (Thor’s Kat Dennings), in an emotionally perplexed state as she and her father settle into a small suburban town to escape the ghost of her dead mother. Caroline, of course, hates the town and is instantly rejected by the kids in her new high school. She’s a bitch, they say, and a mega-slut.

The only positive attention she gets is from Thurston (Reece Thompson), a stoner who is hiding from the ghost of his best friend in a cloud of pot smoke. Caroline also befriends a cute novelist, Mr. A (Josh Lucas), who is slumming it as an English teacher until he makes his first sale.

To get a few things out of the way: Yes, this is the setup for every movie about teenagers. Yes, it turns into a mess. Yes, she actually is a bitch and a mega-slut, and the goodwill that the charming Dennings has built up in earlier films, such as 40-Year-Old Virgin and Nick and Norah’s Infinite Playlist, doesn’t excuse this role. And naturally, this movie’s climax is set at a bitchin’ house party. (No, Loveburger doesn’t reunite to play it.)

Daydream Nation’s problem can be boiled down to one telling scene in which Mr. A excitedly asks Caroline for her opinion on his manuscript. She proceeds to, justly, shred the novel for the drivel it is. It turns out that the awful book he’s written is a mirror of Goldbach’s own script: the stoner youth, the ethereal angel come to save him with notes of depression and death, all of it derivative. If Caroline thinks that’s bad, wait til she sees the movie she’s in.

The only real surprise this film has to offer is that Caroline never gets pregnant, which, these days, is some kind of triumph of narrative restraint. Otherwise, Daydream Nation only succeeds in coloring neatly inside the lines of a stolen coloring book.