Days of future past: Disney uses yesterday to create Tomorrowland 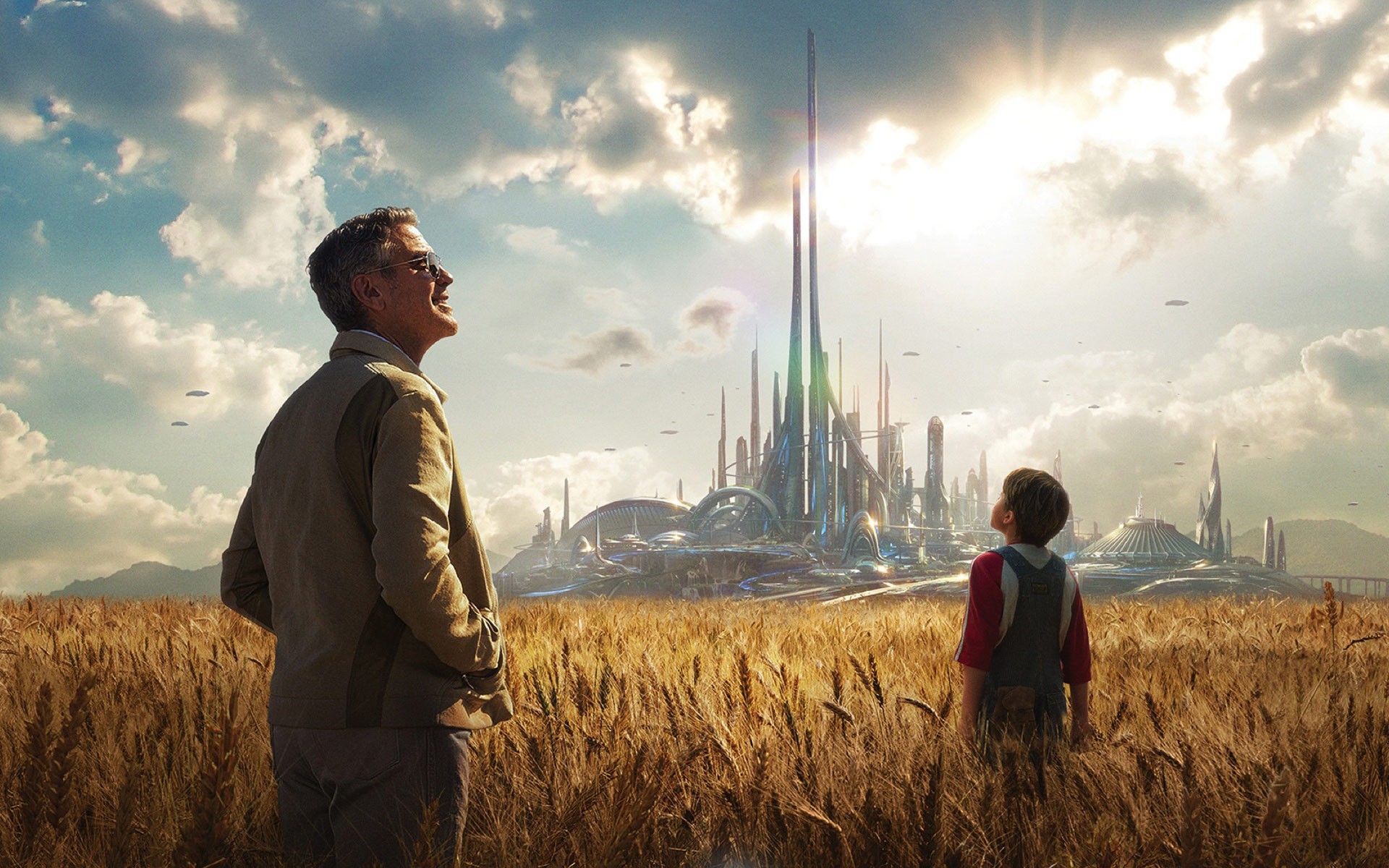 The portal to the future lies in the past, at least if you’re Disney. Mining the ghosts of such luminaries as Jules Verne, Nikola Tesla and, yes, Walt Disney, the creators of Tomorrowland have created a grandly magical, if scatterbrained, vision of our future that’s neither a time nor a place, but an idea.

George Clooney is Frank Walker, an inventor who, simply put, has a stake in saving the world. We first get to know him when he, as a boy, visits the 1964 New York World’s Fair. Given a magic pin by a mysterious little girl, he soon finds his way onto the original “it’s a small world” ride, which is actually a gateway to another dimension. (And coming from someone who worked the attraction at Walt Disney World, I admit I had my suspicions all along).

Fast forward to the present and we meet Frank’s intellectual counterpart, Casey Newton (a bright-eyed Britt Robertson), a sort of Amy Pond to Clooney’s crotchety Doctor Who, with a dash of Spielberg. By virtue of her heart more than her intellect, she may be even better equipped to rescue civilization than Frank. (After all, as Albert Einstein said and this film champions, “Imagination is more important than knowledge.”) But to divulge more would be to give away the surprises, which come fast, furious and just a tad illogically in this aesthetic and philosophical explosion, some of which was filmed in Central Florida with local extras and crew.

For all its joyful excess, Tomorrowland is best when it’s cerebral, as it can coast only so far on its CGI, which, though spectacular, embraces an adventurous freneticism that slightly undermines its intelligence. Yes, the special effects make for a fun roller-coaster ride for kids and teens – and spotting all the cinematic “Easter eggs” is fun – but without strong characters and a raison d’etre, the effects are simply eye candy. (Didn’t we learn that earlier this year with Avengers: Age of Ultron?)

The cartoon style shouldn’t surprise anyone, though, considering the movie was directed and co-written by Brad Bird of Disney/Pixar fame. He brings an animated sensibility to the project that gives it energy and beauty but compromises much of the pacing, dialogue and acting, which could be smarter. Still, Clooney, Robertson and Hugh Laurie are strong, and the screenplay is a delicious mindbender with some profound things to say about the dark, pro-apocalyptic nature of humanity. And although, much like his characters, Bird’s reach occasionally exceeds his grasp, he’s managed to create something special, a sort of secular DaVinci Code, with just a dash of National Treasure silliness.

Moving to its messy but emotionally satisfying conclusion, Tomorrowland has the bravery to become a message picture, which some might find heavy-handed. Nevertheless, I found the Capraesque quality intriguing. I just wish the film had a bit less Doctor Who and a lot more Tarkovsky.

“Do I have to explain everything?” Frank asks Casey. “Can’t you just be amazed?” Yes, Mr. Clooney, I believe I can.