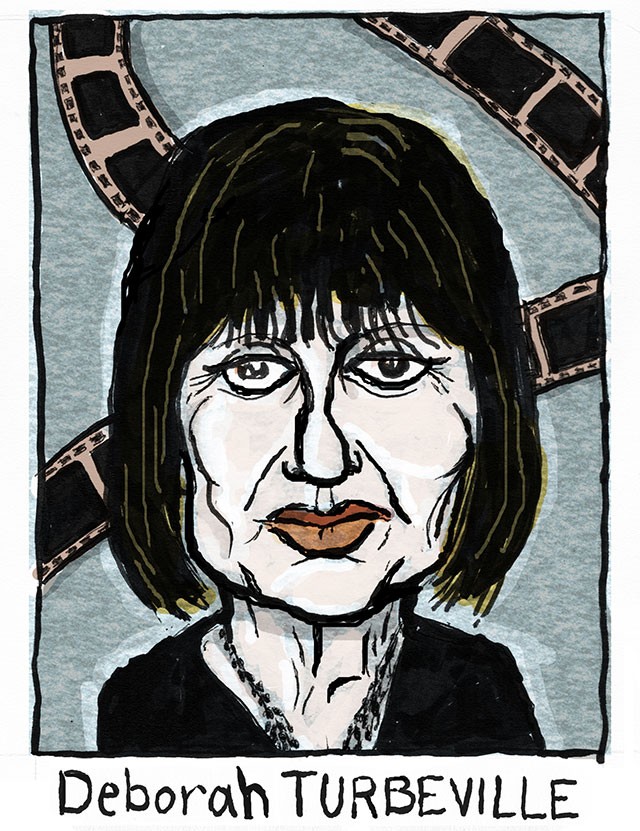 Models, brooding, hunched over on a nighttime city street. Models with dark circles under their eyes, hair disheveled and clothing obscured by tendrils of fog. Models, blank-faced, lined up in a shower room like sides of beef hanging in a locker.

Photographer Deborah Turbeville shattered forever the wholesome, well-lit, ladylike propriety that, before her, reigned at American fashion magazines. Between them, she and her confrères Helmut Newton and Guy Bourdin ushered in a new aesthetic, giving Vogue and the rest a shock to the system that’s still electric.

She got her start as a model, then worked as a fashion editor, but hated both jobs. She took a class in photography – just one – from Richard Avedon. Ten years after picking up the camera, she published a photograph in 1975 that is one of the most famous fashion images of the 20th century. Showing five swimsuit-clad women leaning limply against the walls of a condemned New York City bathhouse, the picture today seems tame, but it arrived like a thunderclap in an America that preferred its swimsuits gracing bright-and-sunny blondes with megawatt grins – Cheryl Tiegs, Farrah Fawcett. “People started talking about Auschwitz and lesbians and drugs,” Turbeville said in an interview collected in Martin Harrison’s book Appearances: Fashion Photography Since 1945. “All I was doing was trying to design five figures in space.”

Turbeville’s photographs looked like dreams, and not always nice ones – mist and fog; grainy, bleached color fields; peeling wallpaper and pitted silver mirrors. The models’ clothing and faces were sometimes obscured, but a sense of mystery, a suffusing emotionality, drifted off the page.

Eventually, sometime between the publication of Nan Goldin’s Ballad of Sexual Dependency and photographer Corinne Day’s discovery of a skinny little Londoner named Kate Moss, the grunge aesthetic became an overused trope of fashion photography. But without Deborah Turbeville, we might still be trapped in a Pleasantville world of fresh-faced, corn-fed girls with nary a shadow in the corners, and wouldn’t that be the most boring thing ever?