Desiree Torres fled Puerto Rico six months ago. Now she and her family are fighting to make a new home in Central Florida

Desiree Torres knew exactly what she would do when things fell apart.

She would fasten her baby in his stroller and grab her two other children by the hand. Together, they'd get on a bus for a 30-minute ride to downtown Kissimmee, walk the remaining block of Church Street and head to city hall. Inside, Torres and her kids would find a spot to sit and wait for the help that was promised.

"For real," she says. "They were the ones who said the doors were open to us in Florida. 'We will help you,' they said."

Torres sits pensive on the motel floor as her 2-year-old son, Ramsses, gurgles happily riding around her on a plastic toy train.

It would be easier in Florida, the then 30-year-old Torres had thought. After all, local and state officials had promised to do what they could to help the tens of thousands of evacuees arriving from Puerto Rico – some staying with their families, others at local hotels under a voucher program called Transitional Shelter Assistance from the Federal Emergency Management Agency. 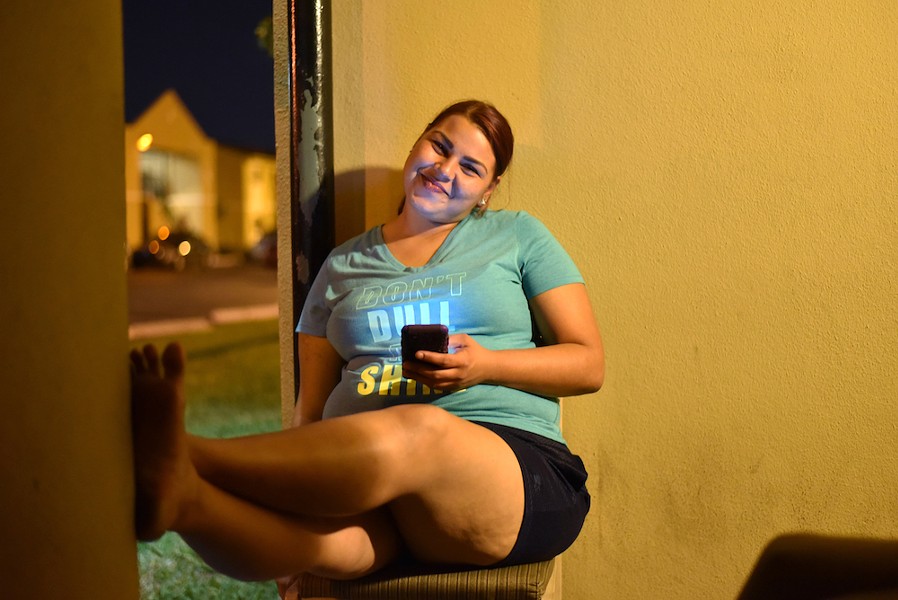 But it wasn't easy. Every month, FEMA reconsidered each evacuee's case for continued hotel assistance, paying the hotel's going rate. Many families were approved, but others fell through the cracks. Torres had watched them leave her motel, anxious faces wondering where they would spend the night as they were pushed into the unknown.

"We have two weeks of happiness after they approve you and two weeks of stress when you have to wait for the extension," she says. "People get desperate."

The last time the deadline approached, Torres panicked. She couldn't eat or sleep. She found waiting lists for public housing with thousands of people ahead of her. In vain, she called local homeless shelters as far away as Tampa to find any available space. At one shelter, the person who picked up the phone told her it would be a 30- to 90-day wait.

"Do you have a car?" the shelter receptionist asked her.

"No," a confused Torres replied.

"Well if you did, you could at least sleep there with the kids," the receptionist said.

It was too much to absorb. Maria had taken everything from Torres – her house, her job, her kids' future on the island. Now she was here trying to do what seemed like the impossible – make a home for her family in a place where she can't afford one.