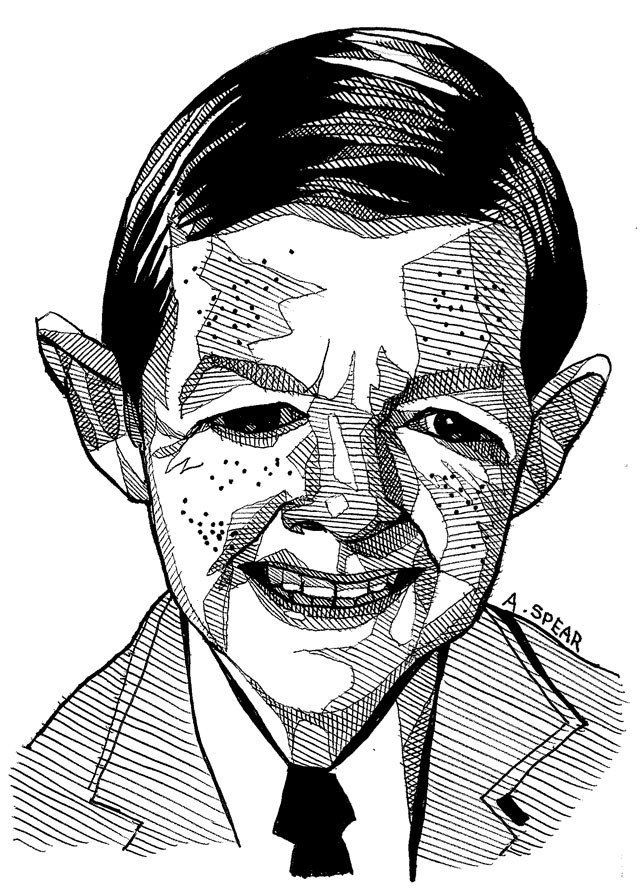 With few exceptions, voice actors are those unsung personalities we've heard throughout our lives and can instantly place – even if we can't name them. From the lilting falsetto of Cliff Edwards (Jiminy Cricket in Pinocchio) to the sonorous basso profundo of Thurl Ravenscroft (voice of Tony the Tiger and singer of "You're a Mean One, Mr. Grinch"), these unforgettable voices embed themselves in our consciousness, though we seldom put a face to them.

One of those voices belonged to Dick Beals, who died May 29 at a nursing home in Vista, Calif. Due to a glandular problem, Beals never went through puberty, topping out at 4 feet and 7 inches in height and about 70 pounds. His whole adult life, he had the voicebox of a 10-year-old child, and – much like Walter Tetley, voice of Sherman on The Bullwinkle Show – he became a busy voice actor. Of course, Beals was much busier than Tetley, working on hundreds of commercials, performing for such animation studios as Hanna-Barbera, Warner Bros. and Disney, and voicing a host of animated characters, most notably Speedy Alka-Seltzer in scores of commercials spanning decades.

Richard Lee Beals was born in Detroit in 1927, into a family of Christian Scientists. Though he weighed in at 9.5 pounds at birth, by the time he was a year old, it became obvious he wasn't growing as quickly as an infant should. He would later write of his parents that "they were beginning to realize they were faced with bringing up a child that would be small – really small – and they didn't have the slightest idea of how to handle it."

Though short in stature, the young Beals loved to perform. In 1930, as a kindergarten student, Beals became the mascot of the local high school football team in the suburb where he lived. By age 7, he was admitted to the varsity cheerleading squad.

One summer day, he and his mother were exiting Hudson's department store in downtown Detroit when she ran into an old high-school chum who was surprised to learn that the apparent 4-year-old with her was actually 8. The man, a director at Detroit's busy Jam Handy Picture Studios, recognized the appeal of working with a child who looked like a toddler but could follow directions intelligently. Soon, Beals was a working actor, specializing in playing tykes for Jam Handy, Wilding Studios and Ross Roy.

Later, working his way through Michigan State University to study radio, he approached the station manager about becoming an on-air announcer. Instead, Beals was offered a gig playing the role of a 10-year-old boy on a radio show.

Word of Beals' talents got around quickly. Soon, he was on a bus from Lansing to Detroit's WXYZ, where a handful of big radio shows were being produced for broadcast throughout North America. After appearing once on a Quaker Oats commercial there – perched atop an old ammo box to reach the ceiling-mounted microphone – he landed work on Challenge of the Yukon, The Lone Ranger and The Green Hornet.

In 1952, 25-year-old Beals headed west to Hollywood, armed with lists of every radio producer he needed to pester for work. He started pounding the pavement. Every day, from 8 a.m. to 5 p.m., Beals knocked on doors at studios all over town, sneaking past guards, dodging secretaries and buttonholing producers in their offices. Soon, word got around about this stubborn, short, child-voiced performer from Detroit who was determined to hand his 3-by-5 card to everybody of importance in radio.

And it paid off. Radio directors, often frustrated by child actors, their fussbudget stage mothers and the special requirements attendant upon working with them, were delighted to let the adult Beals fill the roles of children on now-forgotten but then-popular shows such as The Railroad Hour, Dr. Christian, Lux Radio Theater and Fibber McGee and Molly.

But what catapulted Beals into solid success as a voice actor was his role as Speedy Alka-Seltzer, the tablet-topped animated character that appeared in hundreds of TV commercials from 1954 to 1964. That high-pitched, cheerful, youthful, clearly enunciated voice singing "plop, plop, fizz, fizz" made Beals a mint. Even better, the gig opened the door to more animation voice work – especially important at a time when radio theater was dying off. The earnings allowed him to buy a lot high above the Los Angeles basin with a view of the Hollywood Hills. The success also enabled Beals to pursue his love of flying, for which he used custom-made shoes to operate a plane's pedals. Flying to distant airports in California and calling in, Beals' voice sometimes compelled a somewhat concerned tower chief to ask the age of the pilot.

The animation voice work kept rolling in during the 1960s. Beals was the original voice of Gumby, and for several years the voice of Davey Hansen in Davey and Goliath (both shows created by Art Clokey, another Detroit native). He also voiced Yank, Doodle and Dan in Roger Ramjet, Buzzer Bell and Shrinking Violet in The Funny Company and several child characters on The Flintstones.

But Beals began to find new challenges in the late 1960s. As the decade grew troubled in the United States, that clean-cut, middle-American, chipper, golly-gosh voice of his seemed to belong to another generation. For instance, when characters from Charles Schulz's Peanuts were being animated for television's Charlie Brown specials, the creator wanted the guileless voices of real children. Beals later said it was "the first sign of the impending change in the industry."

With the times changing, Beals put his energy into other pursuits. He went on to found an advertising agency, coach Little League, become a motivational speaker and even buy his own airplane. Throughout it all, he maintained his religious faith and believed that God would provide him with the proper guidance and open doors for him. He said, "I never did see me as small. God gave me a perfectly shaped, well-coordinated body. My approach has been to be as big as I had to be to achieve the goals I set for myself."

Among those goals, voice acting was never far away. Beals continued to do voice work into his 70s. Unlike the late '60s, when Beals' chirpy cadence seemed old hat, the ironic generation of the late 1980s and early 1990s found a new way to appreciate the archetypes of the 1950s – with a knowing wink. And Beals was there to capitalize on it. For instance, when they were casting for the animated Addams Family series in the early 1990s, almost 300 boys tried out for the role of N.J. Normanmeyer, but Beals got the part – at age 65.