Discover the comics behind the movies and television you love

Editor's note: For longtime comics fans, it's gratifying to see the way DC and Marvel have taken over pop culture. In case there's a comic-book newbie on your gift list who's become intrigued by the current crop of TV shows and movies based on DC and Marvel characters, we reached out to Julian Chambliss, a historian at Rollins College who writes about cities, comics and culture, to put together a list of holiday suggestions for background reading.

Readers familiar with Arrow will quickly recognize how Year One (published in 2007) serves as a creative template for the CW's hit show. Visually dynamic and packed with strong characterization, Year One delivers everything Arrow fans expect while retelling Green Arrow's origin story. Rebirth is a great introduction to the mythology connected to the Flash. A story that features Barry Allen's return from the dead, this miniseries answers the question of why Barry Allen matters in the DC Comics universe. 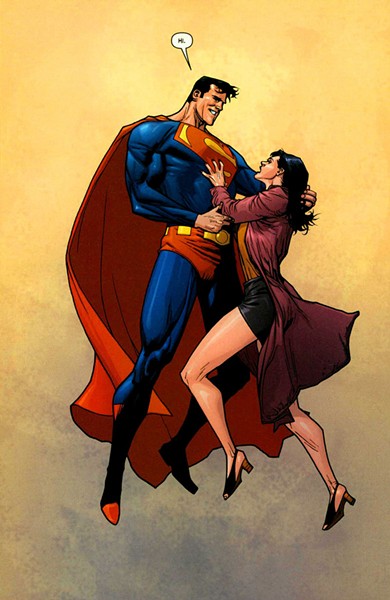 For fans eagerly awaiting Batman vs. Superman, I recommend Superman: Birthright and The Dark Knight Returns. Writer Mark Waid and artist Leinil Francis Yu's Birthright inspires the journey of self-discovery seen in 2013's Man of Steel. While the film diverged from the character's legacy, Birthright's reimagining of Superman's early years weaves together all the elements of the character's long history to create an engaging story.

First published in 1986, Frank Miller's classic The Dark Knight Returns has done more to define the relationship between Superman and Batman than any single comic story in modern history. Dark, daring and subversive, Miller's Batman fights against a society in decline and denial. From Gotham's hellish streets to a corrupt national government, Miller's The Dark Knight Returns shattered expectations and placed Batman at the center of popular zeitgeist.

For fans of the Marvel Cinematic Universe, I recommend S.H.I.E.L.D. Volume 1: Perfect Bullets (pictured at top), by writer Mark Waid and artist Carlos Pacheco, and S.H.I.E.L.D. by Steranko: The Complete Collection, by Jim Steranko. The MCU has relied on S.H.I.E.L.D. to serve as "connective tissue" weaving together movies, television and short films through appearances by Clark Gregg's Agent Coulson. Perfect Bullets takes ABC's Marvel's Agents of S.H.I.E.L.D. characters and drops them into the Marvel print universe. With a rotating cast of superhero guest stars, this series is a gateway into the Marvel print universe today. In contrast, Steranko's classic S.H.I.E.L.D. stories are an example of the fusion of Pop Art and 1960s spy mania that remains a historic touchstone in comics. Fans of '60s Pop Art and vintage James Bond will love these stories.