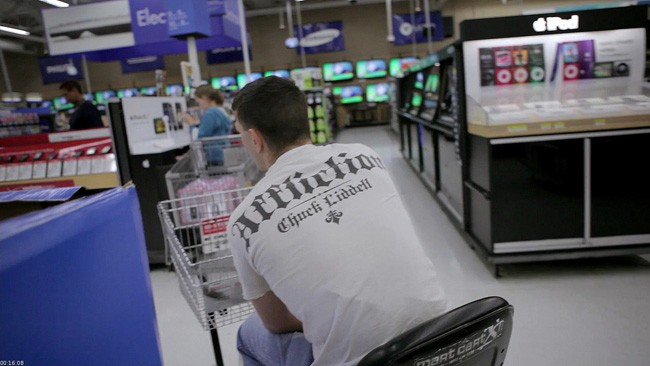 Joseph Gordon-Levitt delivers (as usual) as Adam, a young, healthy public radio employee diagnosed unexpectedly with a rare form of spinal cancer in this unique, transcendent sleeper from last year, but it’s Seth Rogen who deals the knockout blow as Adam’s stoner buddy, whose endless supply of one-liners and weed keep his friend (and the audience) going strong through the worst of it. Based on writer Will Reiser’s real-life cancer battle (Rogen, one of Reiser’s best friends, plays himself), 50/50 is most daring for its unflinching portrayal of the mundane – not every potentially fatal medical struggle consists solely of arch revelations and tearful confessions. (available now)

Hell and Back Again

As more U.S. troops withdraw, more and more Afghanistan/Iraq war docs are starting to pop up, and thank goodness for that. It’s easy to forget that until a few years ago, photographs of flag-draped coffins arriving back on U.S. soil were banned by the Bush administration. How could we feel anything about a war we couldn’t see? Continuing the run of recent, brilliant images from embedded photojournalists (like 2010’s Restrepo), Hell and Back Again is a ground-level look at the chaos and brotherhood of war, featuring Sergeant Nathan Harris, a North Carolina kid faced with a nasty war wound and a life of maddening tedium at home. To watch Harris on one hand communicate with Afghan village elders, and on the other wheel around Walmart in a motorized scooter is to understand his toxic brew of dislocation, shame, aggression and pharma-fueled confusion. The true star, however, is director Danfung Dennis’ beautiful camera work. (The film won the cinematography prize at Sundance last year, and is nominated for Best Documentary this year.) (available now)

Revenge of the Electric Car

A victory lap is never much fun to look at, especially when it’s an irritating muckraker like Chris Paine doing the jogging. Paine’s conspiracy-minded 2006 documentary Who Killed the Electric Car? presaged the automotive collapse by a mile and asked the questions that nobody wanted the depressing answers to. Paine’s sequel finds a newly chastened industry reeling from its past mistakes and struggling to come to terms with the public’s environmentally friendly demands. Where the last film focused on GM vice chairman Bob Lutz, Revenge finds its best material in the all-or-nothing big dreaming of Elon Musk, the Steve Jobs of electric cars, whose company, Tesla Motors, might revolutionize the world if they don’t go broke doing it first. Musk’s chutzpah charges Revenge, so to speak, but as one interviewee notes, “This is like the second act” of the electric car. The story is far from over, even if we might wish it were. (available now)