Lesser-seen, critic-approved films on disc and on demand 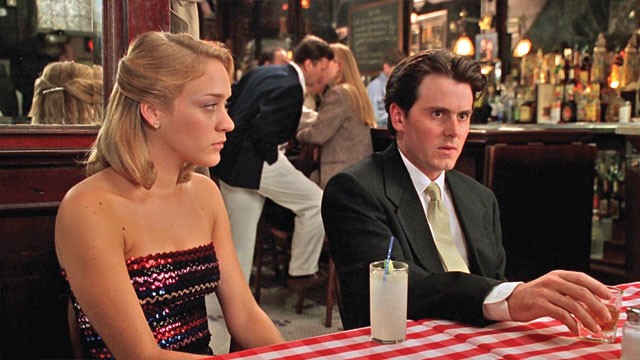 Friends With Kids For her directorial debut, Jennifer Westfeldt (writer, Kissing Jessica Stein) perfectly casts, well, herself opposite Adam Scott, her platonic best friend and womanizing roommate, as a woman who protests so much that she isn't completely in love with Scott's character that she agrees to let him knock her up as a kind of social experiment: Is it easier, he wonders, to raise a normal kid if the anxieties of married life were a non-factor? Of course, that's assuming it's a non-factor. To that end, Westfeldt recruits virtually the entire cast of Bridesmaids as the couple's friends-turned-exhibit-A's: Maya Rudolph and Chris O'Dowd are psychotically sleep-deprived, while Kristen Wiig and Jon Hamm's marriage has shifted from scorching heat to suffocating hate in the blink of an eye. What are they doing wrong? Trying to stay together, apparently. Westfeldt couches the movie's suspect internal logic in brave new reproductive world declarations (fair enough), then she and Scott are off to the madcap races. What follows could be read as trite and limp but Westfeldt and Scott are a dynamic pairing and the questions posed are fundamentally human. Even the deceptively standard, running-across-town romantic climax is given a somewhat stunning twist. (available now)
Special Features: Audio commentary, deleted scenes, featurettes, bloopers

Jiro Dreams of Sushi If the key to happiness lies in repetition, then Jiro Ono must be the happiest man on Earth. He's certainly one of the most acclaimed. Ono runs Tokyo's Sukiyabashi Jiro, a 10-seat institution located in a subway station that received the rare distinction of three Michelin stars. Director David Gelb, in his first feature outing, magnificently captures both the imperial undercurrent and empirical preciseness behind the operation of Sukiyabashi Jiro, matching the film's cinematography with the shop's spic-and-span sterility and utilizing long-lens serenity so that Ono's hypnotic monotony transforms into a guru-esque state of mind. Jiro Dreams of Sushi could have easily maintained its distance and awe throughout, presenting an unquestioned tribute to Ono's flawless craft. But Gelb makes it look so easy that he humbly edits around his own methods, which must be effective. How else does he get such great material? (available July 31)
Special Features: Audio commentary, deleted scenes

The Last Days of Disco: Criterion Collection This is my favorite of Whit Stillman's Bourgeoisie trilogy for its level of difficulty: to portray the disco days in a nostalgic glow that doesn't feel immorally glorified. The Last Days of Disco, seeing its Blu-ray debut in the form of its 2009 Criterion release, stars Chloe Sevigny and Kate Beckinsale as ladder-climbing New Yorkers for whom the discotheque promises not hedonism but networking opportunities. It sounds colder than it is; Stillman's film is awash in a glow of non-judgment that still feels daring today. (available now)
Special Features: Audio commentary, deleted scenes, Whit Stillman chapter reading, featurette