by Justin Strout and John Thomason 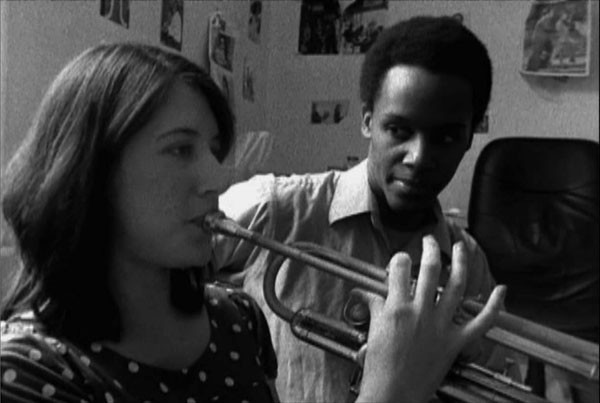 Guy and Madeline on a Park Bench

There aren't many new movies these days with as much boundless joy, aesthetic curiosity and low-key romanticism as this 16mm, black-and-white, expanded student film from former Harvard film schooler Damien Chazelle. One part mumblecore and two parts tribute to both the French new-wave and the emotion-as-song blockbuster musicals of the 1950s, Guy and Madeline unfolds in a beautiful New York fall as the title characters (played by Jason Palmer and Desiree Garcia, both non-actors) fall in and out of love while a handheld pseudo-documentary camera captures their musical outbursts. The result is low-budget high art that's well worth the DVD's relatively high ($30) retail price. (available now)

As a crime, identity theft is pretty unsexy, especially compared with the increasingly depraved acts that American procedurals require to make it on the air. But this British ITV show from Ed Whitmore (Ashes to Ashes, Waking the Dead) showed how the crime doesn't have to be as important or as fascinating as the cops and robbers. The Wire's Aidan Gillen stars as John Bloom, a former undercover cop schooled in the art of becoming somebody else. Alongside Ashes to Ashes' Keeley Hawes, his team goes down the surprisingly intriguing rabbit hole of personhood theft. OK, it's a bit of a dry subject - the show lasted six episodes in the U.K. before it was canceled - but the interplay is worth a try. Besides, you can feel that much smarter when the American remake starring Angela Bassett and Orlando Jones hits U.S. airwaves later this year. (available now)

A heretofore-unfilmed script by Jacques Tati meshes well with the low-key, hand-drawn animation world of Triplets of Belleville director Sylvain Chomet, who dusts off the half-century-old treatment to reveal an eternally poignant story of a surrogate father-daughter relationship. Chomet films the developing bond between a traveling magician and his waifish admirer as a wordless series of small miracles - genuine magic moments in the blueprints of the everyday. But it's Tati's sense of perceptive deliberation - the quiet observation of the banal - that enriches every minute of this bittersweet elegy. (available May 10)