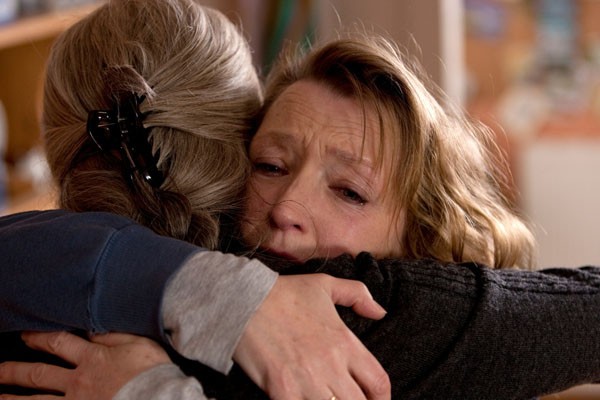 As its title suggests, Mike Leigh's melancholy new character study unfolds across four seasons, as birth and death, love and lament govern the lives of family and friends alike. Leigh uses his natural improvisation-oriented sensibility to build up the quiet tragedy of life passing by certain individuals (here, some middle-aged English malcontents). The characterizations and performances are well-nuanced across the board, and the filmmaker's gradual escalation of emotions is finely honed. (available now)

In his fourth film, director Alejandro González Iñárritu is once again a vengeful god toward his protagonists, as eager as ever to place them in harm's way. Star Javier Bardem wears the weight of the world on his shoulders well, playing a character who's saddled with an unfaithful wife, prostate cancer and an ability to communicate with the dead. Iñárritu wrote Biutiful without the help of collaborator Guillermo Arriaga, leaving the story in a mercifully linear order but retaining the duo's knack for epic contrivance; only Bardem's soulful, understated performance keeps the film from the verge of self-parody. (available now)

How did we come to learn that the spleen is not essential to life? In the 1600s, Sir Christopher Wren cut it out of a live puppy and it lived. Question answered. How about air? In the same century, chemist Robert Boyle invented Britain's first vacuum, capable of sucking oxygen out of a container. Then he put a bird in the container and watched it gasp and die. Bingo! Air is important. Also, vacuums! (James Dyson, that self-satisfied Brit vacuum salesman, helms this lesson, naturally.) These little-known, archaic and sometimes cruel experiments represent the beginnings of Britain's Golden Age of science, a period illuminated by this lively and enthralling three-disc seminar hosted by Dyson, Richard Dawkins, David Attenborough and many more of today's greatest thinkers. It's chock-full of cocktail-party-worthy anecdotes and serves as a giddy introduction to some names that are, however unfortunately, much lesser known than, say, Isaac Newton. One small qualm: Stephen Hawking makes a lousy narrator. (available now)