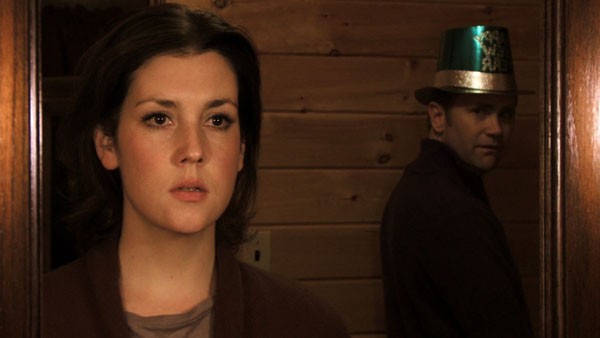 This harrowing documentary by Yael Hersonski demonstrates how the Holocaust doesn't need a narrative; simple footage of the atrocities suffices. But Hitler and the Nazis did require a narrative in the form of propaganda films to win the people's favor. A Film Unfinished deconstructs and demolishes the failed, even laughable attempt to put a rosy spin on their plans. The 1942 film Ghetto, produced by the Nazis, showed a more colorful and happy Warsaw Ghetto - the Jewish urbanites' "good life" they dared to call it - through staged shots and manipulative editing. When the raw footage was uncovered 70 years later, showing the real state of things, Hersonski pulled back the curtain to reveal just how the Nazis tried to twist history. A DVD extra with the film is just as powerful: A 1945 short documentary by Billy Wilder, who fled Nazi Germany but lost his mother and other family in Auschwitz, returns to the death camps to show how people of all stripes were devoured by the Nazi machine. (available now)

Special Features: Interviews, study guide for educators, Death Mills, a short film by Billy Wilder including some of the first footage shot from within concentration camps post-liberation

Helena From the Wedding

Like a modern-day St. Elmo's Fire, with all the white-people problems and 30-something angst that comes with it, director Joseph Infantolino's mostly unlikable newlyweds (Lee Tergesen and Melanie Lynskey) and their friends huddle together for a New Year's Eve party at a New York cabin where secrets, disappointments and yearnings spill out onto the screen inadequately. However, viewed as a filmed stage play rather than as anything resembling cinematic, the proceedings take on a minimalist neurotic air that favors the film, especially on DVD. (available now)

Directed with a cool head and a clenched fist by Charles Ferguson, this doc favors stats over Michael Moore-esque stunts in assessing the causes and effects of the 2008 financial meltdown. Ferguson interviews everyone - former economic advisers, current prime ministers, escort service managers - to determine which type-A personalities were responsible for running the economy into the ground. The movie is admittedly dense and dry at the outset, but the considerable research on display, combined with Ferguson's increasingly vocal sense of indignation, makes it easy to get riled up about a system that has fundamentally broken down. (available now)