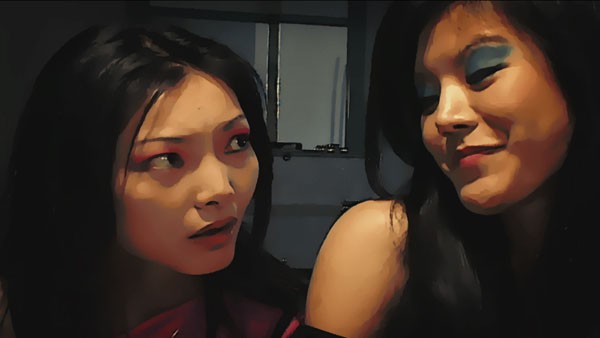 It's Kind of a Funny Story

Filmmakers Anna Boden and Ryan Fleck (Half Nelson, Sugar) drop artistically drawn moral aspiration in favor of a glossy, surface-level charmer about a privileged kid who considers suicide, checks himself into a mental hospital and learns that he's, well, a privileged kid. By choosing to focus on the wacky cast of characters surrounding their lead, including an endearing Zach Galifianakis as a more grounded patient, Boden and Fleck deliver the lightest Cuckoo's Nest imaginable. It's sprinkled with excessive narration, a fun musical number and 500 Days of Summer-esque animated breaks that add nothing to the story.  (available now)

A better Woody Allen movie than Allen's most recent one, Tamara Drewe is a farce in line with Shakespeare's own, as daffy adults fall in and out of love and lust in a bucolic English hamlet. Director Stephen Frears (The Queen) maintains an appropriately light touch throughout (although a few more of his occasional surreal asides would have been welcome). After wooden turns in Clash of the Titans and Prince of Persia, star Gemma Arterton delivers her second of two surprisingly vulnerable performances within the last year; this welcome trifle is a fitting showcase for an actress who is now able to break hearts as easily as she turns heads. (available now)

Year of the Fish

This charming 2007 Cinderella story from writer-director David Kaplan finally comes to DVD, and it hasn't aged a bit. Poor Ye Xian (An Nguyen) comes to America – specifically New York's Chinatown – in hopes of making some money to send home to her ill father, only to find herself held captive in a "massage parlor" that goes, well, above and beyond for its clients. Unwilling to provide happily-ever-afters to the male clients, Ye Xian is banished to menial servitude (cooking and cleaning) under the wicked Stepmother (the parlor owner) and a couple of bitchy Stepsister masseuses. As she waits for her Prince Charming, Kaplan treats us to a Linklater-esque post-production rotoscopic rendering that enhances the fairy tale feel, even if it doesn't achieve the flights of fancy that films like Waking Life attained using the same process.  (available now)