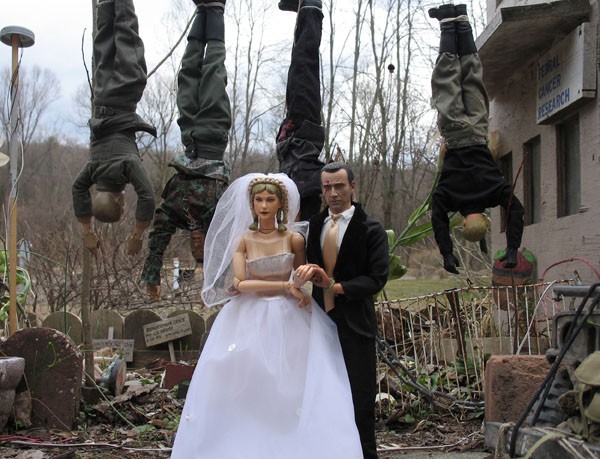 Behind the Burly Q

It’s difficult for someone, like me, who was born well after the last days of burlesque shows, to imagine how necessary and absolutely of-its-time the “poor man’s Broadway” revues served their purpose. But hints can be found in the vacuum of charisma contained in its revival attempts, from the disastrous Christina Aguilera vehicle Burlesque to whatever the Pussycat Dolls were to this cursory history lesson. Directed by Leslie Zemeckis (Robert’s wife), Behind the Burly Q sorts through a series of rapidly edited talking-head interviews – some with former burlesque stars like Tempest Storm, others with admirers, like Alan Alda, whose father was a “tit singer” on the circuit – to convey what burlesque was. How it felt, however, is totally absent. It seems the best that burlesque had to offer only worked within the confines of its sub-vaudeville origins. Although some of the old performance footage contained here is charming. (available now)

A documentary profile of Mark Hogancamp, the survivor of both a horrific beating and an indifferent health care system, who found therapy in building and photographing a miniature World War II-era town. Filmmaker Jeff Malmberg shares our nervous protectiveness of Hogancamp as the latter’s immaculately rendered and jaw-droppingly detailed scenes draw the attention of the legitimate art world. Marwencol is a touching portrait and a reminder that nobody should be tossed aside over something as basic as the right to exist. (available now)

She went with the easy play on her name, but red-hot comedian Whitney Cummings could have titled her stand-up act, “Secrets of a Girly-Girl.” As she blazes through cynical yet earned analysis of the disappointments and revulsions life has in store for daddy’s little princesses everywhere – topics range from the Girl Scouts (“It taught us how to be hookers”) to imaginary tea parties (that’s where girls learn to stage fights with their boyfriend in their heads, apparently) – Cummings’ high-maintenance nature comes into hilarious and terrifying view. She may be the first genuinely hot comedienne in history, and instead of being a handicap, she’s turned it into a secret portal. Finally, men get a glimpse at the mind of that bitchy cheerleader from their school days. Warning: What you learn will destroy you. (available now)